Congratulations to "Elizabeth H.", the winner in Jacki's giveaway!

In one of the scenes from my upcoming military bodyguard romance, Mission: Impossible to Protect, the characters are on the run from members of a dangerous drug cartel. When deciding where they would hide out, the storyline took me to New York City. I then had to decide where they would keep a low profile.

Many times, people on the run hide out in dingy hotels with shady people lurking in the lobby. I decided to shake things up and have Danni and Lars take refuge in an upscale hotel. No reason to sacrifice comfort for safety, right?

Well, their safe haven is compromised, and Danni ends up being kidnapped from the hotel spa.

As I wrote the scene, I had to decide whether or not to create a fictional NYC hotel or use a real hotel as the setting.

For me, the decision was easy. I believe readers connect to setting just as much as they connect to characters. Using real locations creates instant recognition in readers who may be familiar with the city, attraction, landmarks, or locale. Using an iconic location like the Eiffel Tower or Waikiki Beach or the Seattle Space Needle enables readers to immerse themselves more deeply into the story because it provides a visual. 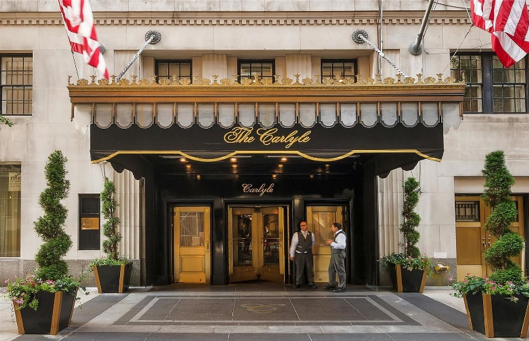 Since I’ve visited The Carlyle in New York, that is the setting I chose for my scene. If you aren’t familiar with this magnificent location, let me share a few highlights:

o The hotel was designed by architectural firm Bien & Prince and named in honor of British essayist Thomas Carlyle. It was completed in 1931.

o The style of décor is Art Deco.

o Every American president since Truman has visited The Carlyle.

o The 2018 documentary Always at the Carlyle features interviews with Carlyle patrons such as George Clooney, Sofia Coppola, Tommy Lee Jones, Anjelica Huston, and others.

For a chance to win a $5 Amazon gift card, tell me if you prefer fictional settings or real-life 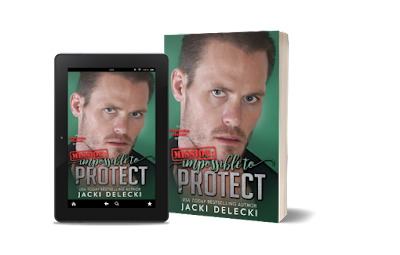 Here’s a short snippet from Mission: Impossible to Protect, releasing 10.20.20.

Hugging the backstage wall, Danni Knorr crept in the shadows, her SIG tucked into her skirt and her flashlight in her hand. The only light in the wings came from the red exit sign. The band’s frenetic sound matched her heartbeat as it raced to its own crazy-ass rhythm. Espionage beat the hell of spending the day in a biochemistry/physics lab. Undercover as rock star Alex Hardy’s bodyguard, she had discovered a new high. Like drinking expensive French champagne, she got off on danger.

This was a new thing. Before she’d been kidnapped, Danni had never thought about her body more than keeping in shape and healthy. Had never thought of holding a gun, let alone buying one and practicing with targets weekly. Had never realized just how many threats were out there and how little she’d been able to do to save herself.

Honing her body into a fighting machine with Krav Maga had been the first step of taking charge after she had been kidnapped. Then she’d taken classes on tactical awareness. She’d read up on the FBI and various police trainings. She’d even thought about joining the Jenkins Security agency, but Nick Jenkins had turned her down because of her lack of experience. At least he’d been honest with her.

The final step in her “recovery” was ownership of her pleasure. Sex with the famous super stud Alex Hardy was to be the ultimate statement of her proclaimed freedom. She hadn’t yet made up her mind whether to seduce him.

Right now, acting only as his bodyguard suited her perfectly. Guarding the musician after discovering that he was being stalked had been serendipitous. Ever since Jax—the Jerk—her fiancé had left her at the altar for a young woman with more sexual enthusiasm and experience than she had—or so he’d been happy to tell her—Danni had been unable to bite the bullet. There was only one man who’d tempted her to open up and be vulnerable as well as passionate, and sadly, it wasn’t Alex, no matter how much she tried to persuade herself to give him a chance. 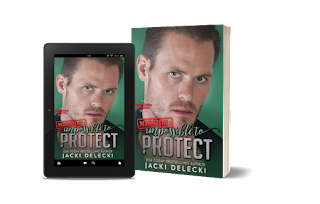 Working as a top-secret biochemist, Danni Knorr was kidnapped and almost killed by terrorists who wanted her research. After narrowly escaping with her life, she vowed never to be a victim again. To confront her fears, Danni becomes the kind of woman no one dare mess with, learning martial arts and firearms. She’s traded in her lab coat for a holster, working as a kickass personal bodyguard for a famous rock star. But she’s in way over her head when she stumbles onto drug cartel business—business that could get her killed.

Lars Jenkins is the Spec. Ops Marine rescued Danni when she was kidnapped. In the months that have passed since then, he can't get her out of his head. While she’s hot as hell, she is trouble with a capital T. The woman attracts danger like a magnet—a sexy magnet, which is why Lars stays away from her. He was hurt once and won’t allow it to happen again. But when a friend calls in a favor, Lars finds himself helping Danni once more and the chemistry between them is more explosive than ever.

Stuck together again, the two decide maybe mixing pleasure with business isn’t the worst thing that could happen. The worst thing would be getting killed by the drug cartel hunting them.

To learn more about Jacki and her books and to be the first to hear about giveaways join her newsletter found on her website. Follow her on FB at Jacki Delecki; Twitter @jackidelecki.