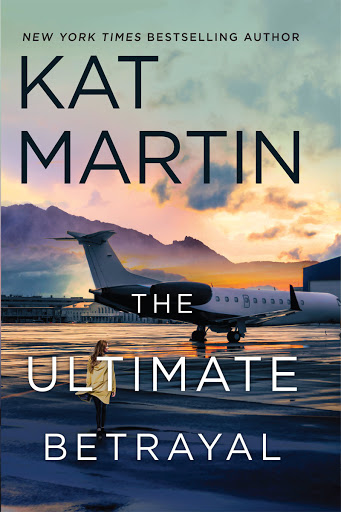 I love to read novels set in interesting places.  Currently I’m reading an historical romance that takes place in Nazi-occupied Paris during WWII.  I’ve always loved Paris, which makes the book even more fun to read.  Being able recognize the settings where the action takes place, as well as the names of restaurants and streets I have visited.
As a writer, going to the place your book is set, or choosing a place you have actually been, is the best way to make your book seem real.
In THE ULTIMATE BETRAYAL, the novel takes place in Colorado, a state I love to visit.  After I’d concluded my second Maximum Security novel, THE DECEPTION, which was set in Texas, I was looking for someplace different for book number three.  Colorado, with its wide variety of landscapes and extreme climate conditions seemed perfect.
Having been to Denver a number of times, street names were familiar, parks and airports, locations of smaller towns and rural mountain communities.
Since this was a Maximum Security novel, a romantic thriller, I began by researching crime in the state.  I had digging and digging and finally stumbled onto an article about the U.S. Army chemical weapons depot near Colorado Springs.  As Brandon Garrett, the hero of my story, was a former army officer, I loved the idea of Bran interacting with his military past.
The idea of stealing chemical weapons from a storage depot gave me all sorts of plot ideas.  In THE ULTIMATE BETRAYAL, when investigative journalist Jessie Kegan’s father, a colonel in the army, is accused of treason, she’s determined to clear his name.  Afraid for her life, Jessie turns to former Special Ops soldier, Brandon Garrett.  But time is running out and the game being played is deadly.  Working together, Bran and Jessie risk everything to solve the riddle and stop the threat--before it’s too late.

Because of the military setting, this was one of the hardest books I’ve ever written.  I think it turned out to be one of my best.  I particularly love the interaction between Bran and Jessie and I hope readers will, too.
I hope you’ll watch for THE ULTIMATE BETRAYAL and that you enjoy Bran and Jessie’s story.  Till next time, all best wishes and happy reading, Kat 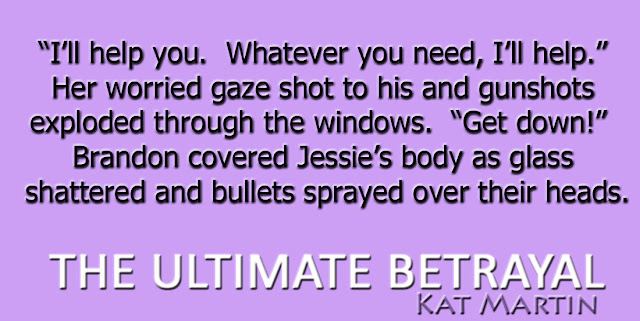 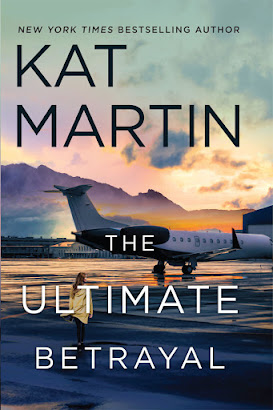 When investigative journalist Jessie Kegan’s father, a colonel in the army, is accused of treason, Jessie is determined to clear his name.  Reluctantly, she turns to former Special Ops soldier, Brandon Garrett, her late brother’s best friend--a true heartbreaker, according to her brother.
With danger coming from every angle, time is running out and the game being played is deadly.  Working together, Bran and Jessie must risk everything to solve the riddle and confront the threat--before it’s too late.

New York Times bestselling author Kat Martin is a graduate of the University of California at Santa Barbara where she majored in Anthropology and also studied History. Currently residing in Missoula, Montana with her Western-author husband, L. J. Martin, Kat has written sixty-five Historical and Contemporary Romantic Suspense novels. More than sixteen million copies of her books are in print and she has been published in twenty foreign countries. Kat is currently at work on her next Romantic Suspense.

CONTEST LINKS
Monthly Contest: https://www.katmartin.com/monthly-contest/
Posted by Maureen A. Miller at 12:30:00 AM