Congratulations to "Patricia B.", the winner in Margo's giveaway. Please contact JUST ROMANTIC SUSPENSE to claim your prize!

BROTHERS IN BLUE. My latest romantic suspense series features four heroes who met at the police academy to become lifelong friends. The Dropout, the Straight Arrow, the Movie Star and the Maverick. All share a passion to serve and protect, each in their own unique way.

The funny thing is, I never started out to write a series. In fact, what I started out to write was a romantic short story about a woman who is rehabilitating a family owned bed and breakfast and the handyman who arrives to help her. Little did I know that this ‘short’ story would evolve into a full-length romantic suspense. And that my hero would actually be a police officer turned bounty hunter working undercover to bring in his latest felon. The result was…

ON THE SURFACE — The Dropout’s story 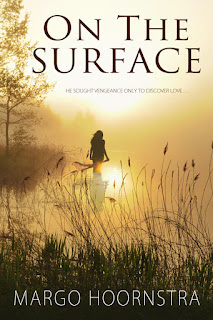 He sought vengeance only to discover love.

Wrongly convicted ex-con and recent parolee Jenny Reynolds wants to forget her tarnished past and focus on a brighter future. One that begins with a return to the small tourist town where she grew up. The restoration of her family’s once proud Rest Easy Bed and Breakfast is the only thing on her mind. Fleeing an ex who refuses to let her go, what she doesn’t need to complicate her already problematic life is another man. Enter handsome handyman Brad, a man who seems to care as much about restoring the B and B as she does. A man who soon becomes ready, willing and able to steal her heart. A man, as it turns out, with more than a few secrets of his own. A dropout from law enforcement, the real Brad Collins will use anyone and anything to fulfill a personal vendetta. When two pasts collide and danger threatens, their budding love for each other may be the first casualty.

Another funny thing happened in the process of writing that book. Turned out a good friend of my bounty hunter hero was a straight arrow police officer who was so compelling, he had to have a book of his own. That result was…

ON THE FORCE  — The Straight Arrow’s story 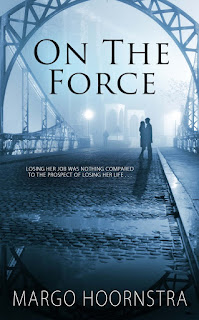 Losing her job was nothing compared to the prospect of losing her life.

Top notch CFO Sydney Raines is devastated when her coveted job working for a high profile conglomerate is yanked out from under her. Determined to restore her mangled reputation, she finds her second chance when the owner of an upscale art gallery hires her as his personal assistant. Straight arrow cop Vince Miller is assigned to crack an international art theft ring. Working undercover, he never counted on meeting Sydney Raines, let alone falling in love with her. Then an unexpected twist in the case reveals the identity of a serial killer, along with the shattering realization that Sydney could be the psycho's next victim.

Making appearances here and there in those two books was Adam Hollingsworth aka Adam Pride. A police officer at heart, Adam takes a temporary assignment as advisor to the producer of a popular police drama on television, only to become a hero in his own right on the silver screen. Which soon became…

ON THE MAKE — The Movie Star’s story 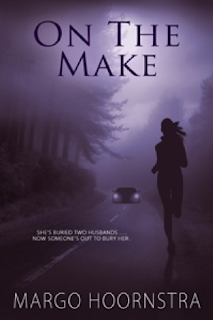 Will a tragic past sabotage future dreams?

When it comes to husbands, Madison Clark's track record is the thing of nightmares. Twice widowed, she's given up on happily ever after. Still, with two young boys to raise, a stable family life is all she really desires. Cop turned movie idol, Adam Pride longs for a family of his own, not the irresistible woman and her two sons who are quickly working their way into his heart. But when Madison unknowingly lands in a desperate killer's cross-hairs, Adam puts his career—and life—on the line to save her. Can he protect her from a deadly threat and win her heart? Or will a shocking revelation destroy their fragile love?

ON THE MOVE – The Maverick’s story – Is yet to come. This character appears with his friends in the previous three books as the settled one. Engaged to be married…everything changes when his book begins.

To be honest, although I know a little bit about what happens in this one, I won’t know the whole story until it’s done. What I do know for sure is…

This disgraced cop will do anything to clear his name, short of murder.

While I’m doing that, you can do this Reader’s Choice Giveaway: I’m pleased to offer one commenter a format of choice, e-book or print copy, of a Brothers In Blue Book 1 ON THE SURFACE  Book 2 ON THE FORCE  or Book 3 ON THE MAKE (Print books available in the US only.)

Please visit me at these locations as well. Thanks for listening.

Bio: Award winning author Margo Hoornstra writes contemporary romance and romantic suspense, always providing that happily ever after for her characters. A big city girl turned country woman, Margo enjoys hiking and walking around the wide-open spaces near her home, especially in the fall, hates to cook and loves to read.
Posted by Maureen A. Miller at 12:30:00 AM