What happens when your two careers unexpectedly meet? 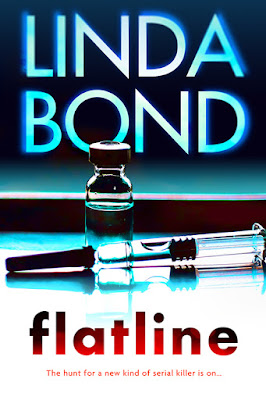 My name is Linda Hurtado, and I am a news anchor at a TV station in Tampa, Florida. I am also a published author of romantic thrillers under the pen name Linda Bond. I spent 10 years as a medical reporter interviewing medical experts on the latest medical trends and treatments. I loved this beat. It helped people, and no one slammed the door when they saw me coming.

Never did I guess my publisher would be releasing Flatline during the first worldwide pandemic my generation has ever seen. #Timing.

I wondered if people would be wary of reading a fictional medical thriller when they were trying to survive a real one. But early reviews assured me that a guaranteed happy ending might be just what people needed.

Here’s an excerpt of Flatline.

He still hadn’t looked at her.
Rachel’s heart beat like an intern facing her first confrontational news interview.
How many ER physicians worked at Tampa Bay Hospital?
Dozens, at least.
And her ex-boyfriend had to be working today?
Rachel placed a hand on her chest. Could Joshua hear it pounding? Because she could hear her pulse drumming in her ears. She felt like throwing up, herself.  “What’s wrong with her?”
“I’m not sure yet.” Joshua said, his voice booming.
So, he did know she was in the room.
Joshua pressed his fingers into Jackie’s wrist. “Nurse Dawson her skin is a bit jaundice, pulse is weak.” He moved Jackie’s sleeve up. “Profound swelling and marked bruising extending over her left upper arm.” He continued in a professional, robotic tone. “I need a complete blood count and a metabolic profile.”
He still hadn’t looked at Rachel.
“Tox screen. Ativan for the seizure.”
“She’s going to be alright, right, Joshua?” She couldn’t keep the doubt out of her voice. She hadn’t meant for it to be there. She knew what her doubt would do to him.
Joshua didn’t look up, but his body stilled for an instant. It was so quick his nurse probably didn’t notice. But, she did.
Jackie stopped shaking, but she continued to twitch.
Rachel’s knees went weak. This felt like déjà vu. For many reasons.
It had been five years since her brother had died in this very ER with Joshua in the room. 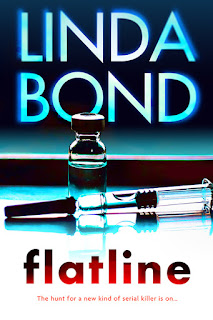 Five years since she’d become a mother to her grieving niece.
Five years since she’d investigated Joshua’s ER physician’s group for medical malpractice.
Five years since Todd, the doctor in charge that night, had resigned.
Five years since Joshua had broken up with her over her series of stories.
Five years since she’d been promoted into the investigative unit, becoming ‘Rachel Makes It Right.’
Five years since she signed a new contract, which was up in a few months.
Five years since she’d had a decent night’s sleep.
The beeps of a machine sped up to an alarming rate.
A baby’s cry from another room escalated into a wail.
“Skin is warm to the touch.” Joshua pulled his fingers from Jackie’s wrist.
He finally looked at Rachel.
The heat of his gaze lit her cheeks on fire. She stumbled backwards.
Today felt so different from the day they’d met here in the hospital almost seven years earlier. She’d been with Jackie on that day, too. Jackie had come down with a case of annoying bronchitis. Joshua had been intense. Intensely flirting with her. Jackie had noticed and had slipped Joshua Rachel’s number.
The man in front of her now had hardened into a different kind of man, and she was partially responsible for his change.
“You’re not supposed to be back here,” he said.
The frantic activity stopped. For one brief moment, the room calmed, as if the energy had been vacuumed out of it.
Then his words broke the suction. “You’re not family.  I know you’re not. You need to leave.”
Rachel took a step forward, her breath sputtering. At one time, the three of them had been like family. “I can’t leave Jackie. You know I—”
His hand shot out, silencing her. “That was not a request. This is my hospital. My trauma room. My order. Get. Out.”
Feet wide, she braced herself for a fight. She wasn’t leaving until she knew Jackie wasn’t going to die.