Undercover in a SECRET INVESTIGATION 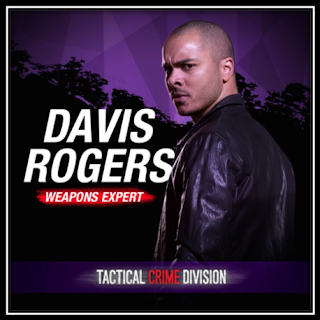 “I want to take the lead on this case.”
Those are the words new FBI Tactical Crime Division agent Davis Rogers blurts out during a team meeting, when the TCD Director shares crime scene footage from overseas. Soldiers ambushed during a training exercise who’d expected to be protected by their bulletproof armor – but that armor failed. Davis was close friends with one of the victims from his time in the Army. Normally he’d sit back and follow his teammates’ lead, easing his way in to a new team without any of the hotshot antics that had made him a great Army Ranger, but this situation is different.
At the meeting, he feels like no one is as motivated as him to find out what happened – why the armor failed and who is to blame. He’s determined to get justice for his friend. And based on his history with the Army and the fact that he has weapons expertise, the Director agrees. He’ll run lead on the case – and it means going undercover at Petrov Armor, the company that produced the faulty armor.
Petrov Armor’s CEO, Leila Petrov, is the only one who knows Davis’s true identity. Although TCD’s profiler has already eliminated Leila as a suspect in the sabotaged armor, Davis is hesitant to fully trust Leila. The company is filled with people she cares about and who she might accidentally say too much to – including her uncle and her ex-boyfriend.
But the deeper he digs into what’s happening at Petrov Armor, the more he realizes two things: First, he’s going to need Leila if he wants to get to the truth. And second: the traitor may actually be someone she loves.
The secret investigation they’re conducting means Davis starts spending a lot of time with Leila. The CEO he’d originally pegged as someone who’d gotten her job completely based on nepotism is smart, dedicated to her job, and desperate to protect the company, which she sees as her dead father’s legacy. In the office, she’s serious and focused, but as Davis connects with her outside the office, he realizes she’s sensitive and has a goofy sense of humor and is someone he could way too easily fall for.
But Davis knows the investigation has to come first. Not only is it his job, but he owes it to his friend. Still, working side by side with Leila isn’t easy. Resisting the attraction between them is only part of it. The other part is reconciling his anger at everyone connected to Petrov Armor with the feelings he’s beginning to develop for Leila. And when those two things come to a head, the whole investigation may be at risk.
Here’s a sneak peek…
“I understand that you have a job to do. Believe me, I want to figure out who’s doing this, so they can be prosecuted. But I need to keep the rest of the company intact in the meantime. When we figure out who did this, you’ll be leaving and the guilty person will be arrested—rightfully so. But the rest of us are going to have to band together and push forward. I’m not letting this destroy the company my dad spent his life building. I’m not letting you destroy it.”
“I’m not destroying anything,” Davis snapped. “I’m not the one running a company and not knowing fatally defective products were being sent out.”
Leila’s shoulders dropped, the anger on her face shifting to a mix of guilt and pain.
He sucked in a breath, as a ball of dread filled his gut. He believed that the head of a company was responsible for what was happening inside of it, even if they didn’t know anything about it and had no legal liability. But over the past three days, he’d found that Leila was a good, caring person. Seeing how his words had wounded her, he regretted them.
He regretted them even more when she said softly, steadily, “If you think I’m to blame for this, I’m not sure how you can trust me to work with you to find the truth. I’m not sure you should be here at all, Davis.” 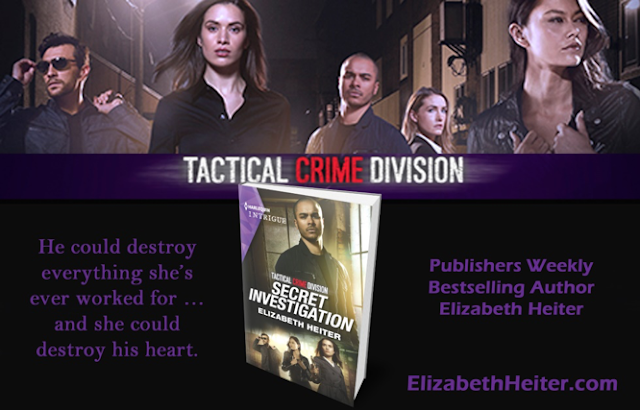 About the Author:
Publishers Weekly bestselling author ELIZABETH HEITER likes her suspense to feature strong heroines, chilling villains, psychological twists, and a little bit (or a lot!) of romance. Her research has taken her into the minds of serial killers, through murder investigations, and onto the FBI Academy’s shooting range. Her novels have been published in more than a dozen countries and translated into eight languages; they’ve also been shortlisted for the HOLT Medallion, the Daphne Du Maurier award, the National Readers’ Choice award and the Booksellers’ Best award and won the RT Reviewers’ Choice award. Learn more at ElizabethHeiter.com.

Don't forget to visit the JRS SHOWCASE for giveaways!
Posted by Maureen A. Miller at 12:30:00 AM