Congratulations to "Patricia B.", the winner in Angi's giveaway. Please contact JUST ROMANTIC SUSPENSE to claim your prize.

Matchmaker, Matchmaker,
make me a match, find me a find, catch me a catch.
Fiddler on the Roof lyrics by Sheldon Harnick 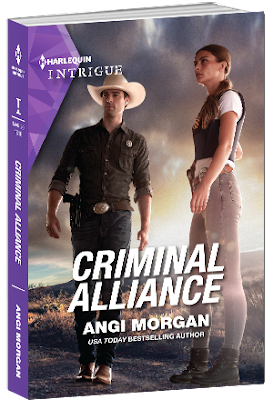 I barely remember seeing Fiddler on the Roof when I was young. I don’t think a person has to have seen the movie to recognize the lyrics. Memorable lines… as a writer we all want them. But I digress. My real subject today is Wade—my matchmaking Texas Ranger. The fourth book in my Company B series is hitting shelves next month. If you’ve read the first three in the series, you know that the hero of CRIMINAL ALLIANCE thinks of himself as a bit of a matchmaker for his buddies.

Of course Wade only realizes what he’s done after the first three heroes find their true loves. But he does take all the credit (LOL).  Throughout the first three books of this mini-series, Wade is a bit isolated and unable to be in the field with his partners. Sitting behind his desk, he has a lot of time to think about what he wants or should I say…WHO he wants. And when he sees Therese again and he’s determined to keep her.

Wade accidentally pushes his Company B brothers in the direction of their true loves. He asks for a favor from Jack. Has a hunch about a case with Slate. And wants to put Heath out of his misery. All good instincts, but Therese is elusive…

And what about Therese? What’s her story? And why has she been helping Wade at every turn for two years? … Hey, no spoilers here. The answers are all in CRIMINAL ALLIANCE.

The fate of the city rests in their hands. 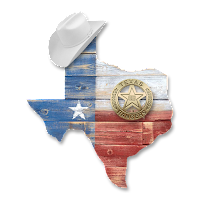 When FBI operative Therese Ortis and Texas Ranger Wade Hamilton agree to team up, they have one goal in mind: find and stop an algorithm that could destroy Dallas—or worse. But going undercover in order to bring down a criminal organization comes with its own form of danger. If discovered, they’re bound to be torn apart. Then not only will their beloved city pay the price, but Therese and Wade will suffer unforeseen—and unimaginable—consequences.
~ ~ ~


Hold onto your hat for love on the run!
~ ~ ~
CRIMINAL ALLIANCE is the conclusion of Texas Brothers of Company B. It’s original title was Ranger Warrior—Wade’s story--and follows Ranger Protector (Jack), Ranger Defender (Slate), and Ranger Guardian (Heath). You can find a short summary of their stories on JRS here.

~ ~ ~
I truly hope you’ll enjoy Wade & Therese’s story. It’s my last official Harlequin…but not my last white hat hero. Criminal Alliance is on presale and on shelves February 18th. One Killer, One Ranger will be available in April.

Amazon | B&N | Google | iBooks | Kobo | Walmart
~ ~ ~
USA Today Bestselling author ANGI MORGAN writes on-the-run suspense where honor and danger collide with love. Her work is a multiple contest finalist and Publishers Weekly best-seller. She drags her dogs –and husband– around Texas for research road trips so she can write off her camera. Every detour somehow makes it into a book.
Website   Facebook   FB Fan Page   Twitter @AngiMorganAuthr
Check out my newsletter or follow me on Amazon or BookBub
~ ~ ~
DON’T FORGET TO ENTER THE GIVEAWAY

Giveaway on JRS ends at midnight January 17th.  Two contestants entering the drawing by leaving a comment on Just Romantic Suspense will receive an autographed copy of Ranger Protector. Don’t forget to check back to see who won!

Have you ever been a matchmaker? Did it work?