The things we do for research. 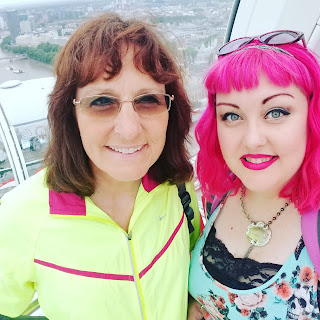 One of the best things about being an author is that I get to call a lot of things research.
A lot of things.

During the course of planning and plotting for Traitor Games, I knew I was going to head to the UK for a cycling adventure. You see, my mother is this special kind of loveable-crazy. She likes to go around the world, riding her recumbent bicycle. This time it was for the London-Edinburgh-London ride, which covers 870 miles and is done in about 5 days.
It’s crazy, and she did it. But along the way I got to have my own adventures.

You see, during part of Traitor Games our hero and heroine have to traverse the English country side. I needed to know what that was like. For research, obviously!

For five days I drove—on the wrong side of the road—following my mom on her cycling adventure and sleeping in a car. I did a fair amount of writing Traitor Games in that car! And along the way I got to do things like visit random castles in the middle of Scotland, see the street that inspired Diagon Alley in Harry Potter, walk among the henge in Avebury, fly hawks and owls. And all of it in the name of research. Granted, not all of this made it into the book. 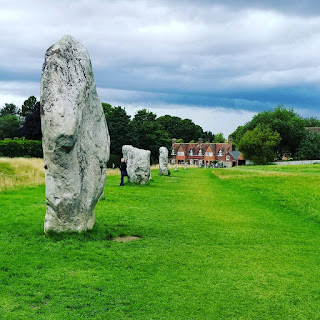 I like to think that these experiences make my books more believable. That I’m able to somehow impart what it feels like to stand in the middle of a field, breathing the early morning air while gulping a hot cup of tea with the early morning dew still settling on my hair and shoulders.

Through books we get to see the world. I’ve been to dozens of countries thanks to the authors I’ve read. But this time I got to go and have my own adventure.

She finished her cycling adventure. With an hour to spare and in a group of her peers, she finished one of the most grueling rides in the world.

Want to see where the Tarnished Heroes series all began? Grab a complimentary copy of the short story Once Upon a Time in Mukdahan to see another place I got to visit and write about. (https://dl.bookfunnel.com/qiqridflgo)

It can never be said that NYT & USA Today Bestselling author Sidney Bristol has had a ‘normal’ life.  She is a recovering roller derby queen, former missionary, tattoo addict and board game enthusiast. She grew up in a motor-home on the US highways (with an occasional jaunt into Canada and Mexico), traveling the rodeo circuit with her parents. Sidney has lived abroad in both Russia and Thailand, working with children and teenagers. She now lives in Texas where she spends her time writing, reading, playing board games and catering to her furry overlords, aka the cats. 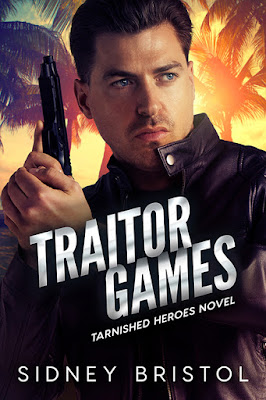 Keep reading for an excerpt from Traitor Games!

Lillian couldn’t believe she was awake, let alone outside, at this hour. The sun had barely tinged the horizon a pale gray. Fog hung low on the grounds, obscuring anything more than a few feet ahead of them.
Once again she wished they could have this chat with Irene and Mitch in the comfort of their room in the house. The warm sheets, being wrapped up in Noah’s arms. Much better than creeping through an endless sea of grass and fog.
Noah squeezed her hand again and they crept forward another ten paces, then stopped.
How far were they from the house? Fifty yards, maybe?
She’d seen the lawn. It was the size of a football field.
Voices drifted through the mist. Lillian hunched her shoulders and pressed herself against Noah’s back. She held her breath for fear it would disturb the fog.
What would happen if they were discovered?
The secrecy made sense. After the Paris attack and the prime suspect being made out to be Mitch, they couldn’t lead the biggest names in intelligence straight to one of the most wanted people on the planet.
The voices drifted away again.
Noah squeezed her hand twice.
He leaned forward, still holding tight to her hand, and bolted. Lillian had no option but to jog after him or fall on her face. The chilly morning air burned her lungs as she pushed herself to keep up with his burst of speed.
“Up and over,” Noah whispered.
“What?” He’d never mentioned climbing to her.
Noah let go of her hand and in what looked like a single bound vaulted over a tall wooden gate. Lillian groaned inwardly and put her foot on the lowest slat.
“What was that?” a man who wasn’t Noah said somewhere to her right.
A cold sweat broke out along her spine. She hauled herself up while Noah ducked out of sight. She swung her leg over the top of the gate.
A flashlight reflected off the mist, creating a halo of light.
Fuck. She stared down at Noah with his arms up. Like he was going to catch her.
What choice did she have?
Lillian shoved off the gate and plummeted to the ground. Her feet hit first, then she went to her knees. Noah grabbed her and dragged her sideways, almost into the hedges lining the dividing point between the two properties. He stood face to face with her, his finger across his lips, gaze locked on a point over her shoulder.
Footsteps rustled the grass just on the other side of the tall bushes.
“Did someone come this way, mate?” a man asked.
“Not that I saw…”
“Then whose footsteps are those?”
“Probably one of those snobbish bastards out for a snog.”
“Still, better radio this in.”
Lillian looked down.
Sure enough, all the moisture on the grass left a plain as day trail where they’d gone.
They were screwed…