Right now I am working on Mission: Impossible to Love, book 3 in the Impossible Mission romantic suspense series. After coming up with a premise for the story, it’s time for the fun part: research!

In Mission: Impossible to Love, Sten Jenkins and Elizabeth “Izzy” Benson are sent to a hacker convention, posing as black hat hackers trying to sell software that could jeopardize the security of U.S. military drones. 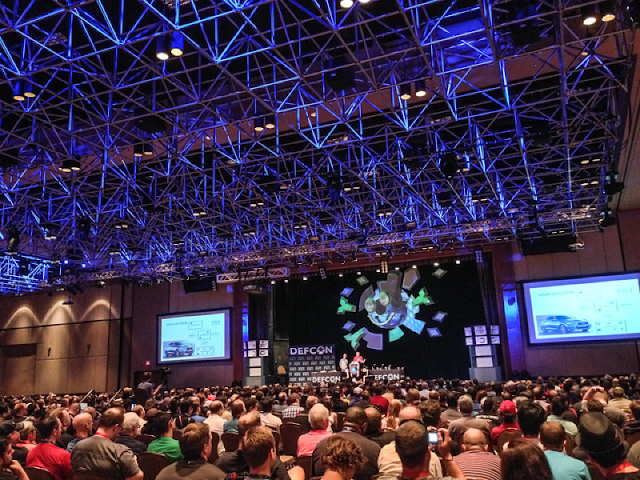 Since the first DEF CON in 1993, the event has expanded to feature speakers on a variety of topics, as well as cyber-security challenges and competitions known as hacking wargames. It has also gone international, with DEF CON CHINA 1.0 scheduled for this year.

A hacker convention is the perfect setting for romantic suspense that includes technology, cyber crime and “virtual’ espionage. Such events are straight out of today’s headlines. I hope readers enjoy the very real element of cyber danger in my new military romantic suspense story, coming July 25. 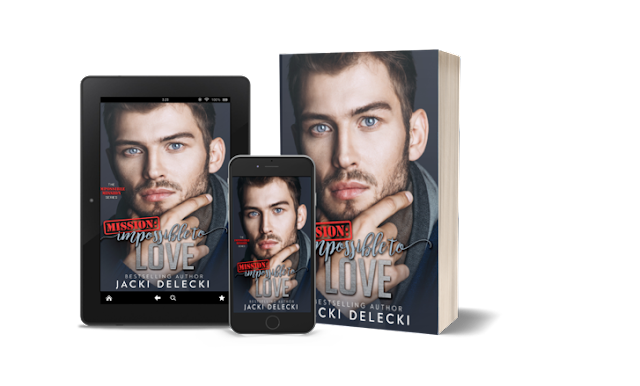 Here’s an excerpt from my upcoming release, Mission: Impossible to Love. Available July 25, 2019.

What the hell is she doing?”

Sten Jenkins watched from his truck as Izzy, the IT chick, waited on the large wrap-around porch of the ramshackle house. She checked each passerby before venturing to move away from her front door. He didn’t need spec ops training to recognize her nervousness—the rigid set of her shoulders, her hands fisted at her side, and the way her head swiveled back and forth. Goth Girl was expecting trouble.

She scanned the street once before her gaze jerked back and then focused on his truck. She retreated under the doorjamb and pulled a Taser from her oversized coat pocket.

A Taser—a bit of overkill, even for the barely gentrified Hillman City in South Seattle.

Sten was in no mood for mysteries this morning. He had his big meeting with Dean, tech security billionaire, to discuss the cyber threats against his company which provided the major portion of security software for military drones.

Sten slowly slid out of the seat of his rig, keeping his voice even and his motions small. Not easy for a six foot, two hundred pound dude. “Hey, Izzy, I’m Sten Jenkins.”

“I know who you are.” Not the usual response he got from women.

He really didn’t have time for this. It was barely eight a.m., and he was already in a Mexican Standoff with a woman he didn’t know. Leaning back on his rig, he crossed his feet.

She didn’t budge, but at least she put the Taser back in her pocket. There was something vulnerable and forlorn in the fierce way she held her position on the porch.

“Reeves was supposed to text you that he was running late and I’d give you a lift.” He was about to tell her that he lived close except her eyes were narrowed on him like he was a stalker—not the good guy offering a ride to work.

“Reeves had no right to share my address with you.”

“Hey, don’t shoot the messenger. You can give Reeves shit when you see him.”

Sten gazed down at his watch. “We should head out. I’m meeting with Dean in thirty minutes.”

And the blasted woman didn’t move from the porch as she texted rapidly. “Why would you be joining the meeting with Dean?”

“Do you want a ride or not?” Sten’s mother wouldn’t approve of his less than chivalrous response.

Her phone pinged. She read the text. And then swung her battered backpack over her shoulder. “Okay.”

The woman didn’t trust him? He’d laugh aloud at the idea that she thought a Taser could stop him if she didn’t look so damn alarmed. Sten opened the passenger door but not before he noticed how Izzy looked down the street before climbing into his truck.

To learn more about Jacki and her books and to be the first to hear about giveaways join her newsletter found on her website. Follow her on FB at Jacki Delecki; Twitter @jackidelecki.