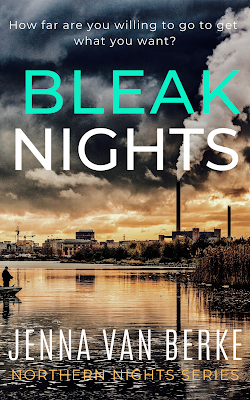 Now that I’m approaching forty, there’s one big topic among my female friends: Kids. Particularly kids that do not (yet) exist.

Some of my friends don’t want kids and feel pressurized by their parents to provide them with grandchildren, and while I sympathize with them, the women I really feel for are the one’s craving for a child.

One of my friends is currently desperately trying to get pregnant before it’s too late. Another one has it even worse: She and her boyfriend broke up after seven happy years, because she wants a baby and he doesn’t (or not yet at any rate). She then dated another guy, who would have been happy to start a family with her, but she ended the relationship, because she realized she didn’t love him.

Her story – and her miserable face when she told it to me – have been haunting me ever since, and I started asking myself: If I had to choose, which one would I pick? The man I love, or a baby?

I’m not sure I came to a conclusion, and I’m very grateful I don’t actually have to make the choice (I have both a wonderful husband and an even more wonderful child), but the topic still troubles me and has found its way into my latest book, Bleak Nights.

In Bleak Nights protagonist and successful thriller author Brooke chooses option two, the baby. She’s determined to conceive it in the natural way, but doesn’t want to share custody, so she comes up with a plan: she’s going to kill two birds with one stone, using her research trip to Finland to seduce a smart, attractive and healthy man, and hopefully return home pregnant.

Teppo Vuorikoski not only meets her criteria, but comes with an unexpected bonus: As an ex-convict, he has some very interesting stories to tell, providing her with ample inspiration for her next novel.

But getting pregnant doesn’t always happen if you want it to, and as time goes by, their attachment surpasses anything she has bargained for, until Brooke starts questioning her secret project. Would he forgive her if she told him the truth?

Then one night, Teppo's past catches up with him in the form of an old enemy seeking revenge and Brooke finds herself a main character of what could be one of her thrillers…

Pre-order Bleak Nights here: books2read.com/bleaknights
Or join my (international) giveaway and win one of 30 free copies.

You might also want to read the previous books in the standalone series:

About the Author:
Jenna van Berke loves Scandinavian mysteries, Nora Roberts, Margaret Atwood and everything in between.
Working in the hotel industry, Jenna has encountered innumerable honeymooners, cheating husbands and infatuated co-workers, providing her with ample inspiration for her romance and romantic suspense novels.
She moved to Finland several years ago with her husband and child.

Facebook: fb.me/authorjennavanberke
Goodreads: goodreads.com/jennavanberke
Sign up for her newsletter and get a free copy of Dark Nights:http://eepurl.com/dHZSYz