To hear or not to hear

Congratulations to "Janet K.", the winner in Maureen's giveaway. 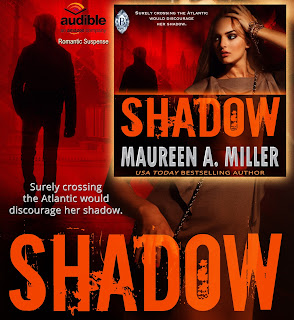 When I was a kid our local radio station used to produce a scary story every Wednesday night at 11:00pm. I would sneak my radio under the covers, lower the volume, and press it up against my ear so my parents couldn't hear. I was already an avid reader at this point, but hearing the story took on such a different feel. With Halloween approaching the radio station announced that they were going to have a contest. You could send in your scary story and they would pick one to read on the radio. I hopped into action, crafting a marvelous haunted house tale that I quickly mailed in. At the ripe old age of eleven I experienced my first rejection letter. :)

When I listened to my first audiobook the fascination with those nighttime radio shows came back to me. The pleasure of the tale was there, but it was also the magical inflections that made the story come to life. Similarly, I would experience this with my uncle who would come over every Sunday and tune into the Giants football game on the radio. I would say, "But the game is on TV," to which he startled me by replying, "There is something romantic about listening to a sporting event on the radio."

Later in life, I understood what he was saying. One of the definitions for romance is, "a quality or feeling of mystery, excitement, and remoteness from everyday life." That is what he was getting from the audio broadcast. Mystery and remoteness. That, and the fact that he enjoyed the announcer's commentating.

How about you? Do you ever find yourself enjoying just listening to something instead of seeing it with your eyes? Does anyone even listen to local radio stations anymore? Do you like podcasts?

This week my romantic suspense novel, SHADOW released as an audiobook. The talented narrator, Brandy Skelly took us across the pond, and it was much less expensive than buying an airline ticket! :) Listen to it FREE with a 30-day Audible trial! 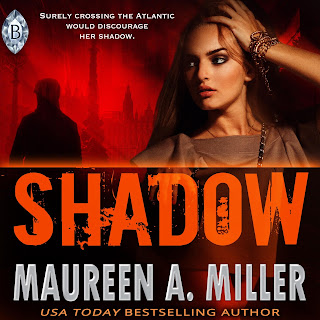 From USA Today best-selling author Maureen A. Miller comes this romantic thriller that spans the Atlantic.

Sophie Diem's boss has skipped town, abandoning their counseling firm and taking her investment money with him. As she seeks to rebuild her professional career, she is distressed by the appearance of a stranger. The man keeps to the shadows, but he is definitely stalking her.

In an attempt to flee him, she accepts a job offer...in London. Surely, crossing the Atlantic would be enough to deter her shadow.

Glenn Barber is a desperate man. He sorely wants answers. The man who can supply them has gone missing, though. Now, all Glenn can do is go after the next best thing: the man's former employee, Sophie Diem.

Sophie is shocked to spot her shadow in London. What she learns is that Glenn, the shadow, is not a stalker but rather her only protection.


As her attraction to Glenn grows, together, they conspire to locate her former boss and stop him before he can harm others.