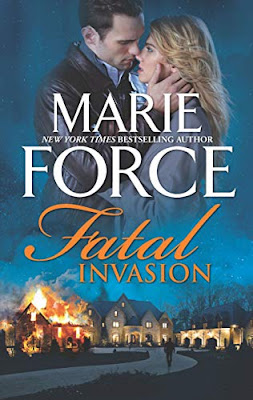 First the fire, then the heat...

A brutal home invasion. Two small traumatized survivors who may have witnessed the horror. Lieutenant Sam Holland has never worked a case quite like this one, in which her eyewitnesses are five-year-old twins. But when Sam steps up in a big way for them, she risks her heart as much as her career.

While Sam and her husband, Vice President Nick Cappuano, go to battle in more ways than one for her tiny witnesses, her colleague Sergeant Tommy “Gonzo” Gonzales battles his own demons. Months of unbearable grief and despair come to a head in an unimaginable way that threatens Gonzo’s status with the department and his relationship with his fiancée, Christina.

With trouble both at the precinct and on the case, Sam struggles to keep her priorities straight at home and at work while trying not to lose her heart to her latest crime victims.

Excerpt:
After getting nowhere with neighbors, who didn’t answer their doors, Sam and Freddie returned to HQ, entering through the morgue entrance. Before they stepped into Lindsey’s lab, Sam stopped him with a hand to his arm. “This is gonna be bad. Take a minute if you need it.”
“I’m as ready as I ever am to go in there.”
“Step back if it’s too much for you. No judgment.” With his face set into a grim expression, he nodded and took a deep breath to calm himself. No matter how many years one spent on the job, some things never got easier, and viewing dead bodies, especially those from a fire, was right at the top of the nightmarish list of things that could never be forgotten.
Her stomach turned at the thought of it, but someone had to do it. The moment the two people in the morgue had been killed in her city, they’d become hers, and she would do her very best for them. With justice in mind, Sam took a step forward, triggering the automatic doors that led to the morgue where Dr. Lindsey McNamara had the bodies on side-by-side tables.
Sam tried not to look too closely. “What’ve you got, Doc?” Lindsey’s brows knitted with concentration as she stood over the deceased. They were in good hands with her on the job.
“Nothing yet. If you could find their dentist, that would help.”
“We’ll get on that.” Sam glanced at Freddie and gestured for him to go get started on tracking down the dental records. They had an email they could send that would alert every dentist in the capital area that they were seek- ing records. Hopefully, one of them would recognize the Beauclairs’ names and get back to them quickly. A positive identification was the first step in a case like this.
Freddie bolted from the cold, antiseptic-smelling room to send the message.
“They were bound with zip ties that melted into their skin.” Lindsey pointed to the waxy remains of the zip ties while Sam choked back a gag. “Both were wearing wedding rings. One is male, the other female.” 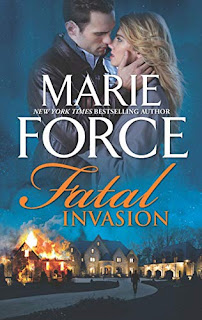 Sam didn’t ask how she could tell that. “Anything else I should know?”
“Nothing yet, but I’m just getting started.” “Okay. Check in with me when you’re done.”
“You know I will.” She looked up at Sam. “So the guys will be gone for three weeks, huh?” Her fiancé, Terry O’Connor, was Nick’s chief of staff.
“Yeah.”
“I can’t bear the thought of three weeks without him,” Lindsey said with a moan. In any other profession, it might’ve been odd to engage in girl talk over the charred remains of two people who’d been alive twenty-four hours ago. In their profession, it was just another day.
“What kind of simpering female does that make me?”
“The kind who loves her guy.”
“I really do love him,” she said with a sigh. “He hasn’t even left yet, and I already miss him. Maybe we can do a girls’ night out or something to break up the time.”
“I, um, sort of agreed to go on the trip last night, if I can get the time off.”
“No way! Ugh, I’m so jealous. I’d love to go.” “
Why don’t you?”
“I’m saving my vacation for the wedding and honeymoon. We set a date finally.”
“Oh, that’s big news. When?” “Next August at his parents’ farm in Leesburg.”
“That’ll be amazing.”
“I can’t wait. I asked Shelby to help me plan it. I hope that’s okay.” “Of course it is.” Sam and Nick’s assistant, Shelby Faircloth, had been one of the District’s most sought- after wedding planners before she took the job with them after planning their wedding. She still owned her wed- ding business but had stepped out of the day-to-day management. “She’s the best of the best.”
“That’s why I wanted her. Your wedding was the nicest I’ve ever attended.”
“It was rather awesome, wasn’t it?” Hard to believe it had already been a year and a half since then. “I’d better get to it. I’ll be looking for your report.”
“I’m on it.”

About the Author
Marie Force is the New York Times, USA TODAY and Wall Street Journal bestselling author of seventy contemporary romances, including the Fatal Series. Twenty-nine of her books have been New York Times bestsellers, and she has sold more than 7 million books worldwide. Find out more about Marie and her books at MarieForce.com. Contact Marie at marie@marieforce.com