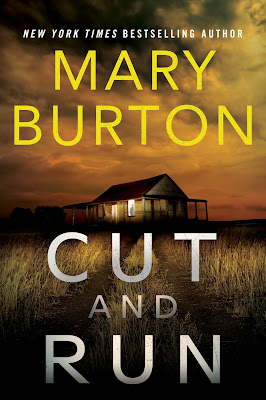 Trauma victims are not new to medical examiner Faith McIntyre, but this one is different. The unconscious woman clinging to life after a hit and run is FBI agent Macy Crow. What the woman from Quantico was doing in a dark alley after midnight is just one mystery. The other is more unsettling: Macy is Faith’s mirror image—the twin sister she never knew she had.

Faith knew that she was adopted, but now she’s finding that her childhood concealed other secrets. Following the trail of clues Macy left behind, Faith and Texas Ranger Mitchell Hayden make a shocking discovery on an isolated country ranch—a burial ground for three women who disappeared thirty years before.

They weren’t the only victims in a killer’s twisted plot. And they won’t be the last.

As the missing pieces of Faith’s and Macy’s dark lives snap into place, Faith is becoming more terrified by what she sees—and by what she must do to save her sister and herself from the past.

Faith sipped the last of her martini, knowing as much as she wanted a second drink, tonight was a work night and she had an early call in the morning. “Let’s do this.”

PJ escorted Faith up to the stage, and as she stood on the dais, he approached the microphone at the podium. He signaled for the quartet to stop and winked at his mother, Margaret, who broke off a conversation with a state senator to smile and wave at them.

Turning to the microphone, PJ said, “Good evening. I’ve finally corralled our very busy guest of honor, but she’s not one to be penned long and won’t stay long. As she likes to say, ‘Death never takes a holiday.’”

Laughter rumbled over the room as the fifty or so guests took their seats. She searched among the faces but didn’t see the one face she’d hoped for tonight.

“Dr. Faith McIntyre is a little shy about awards,” PJ said. “I had to talk her into this. As far as she’s concerned, if you never knew about her volunteer efforts, she’d be fine.”

As Faith scanned the crowd a second time, PJ listed her professional and academic accomplishments and the list of high profile cases her work had helped solve.

It made sense Hayden wouldn’t be here, Faith decided. The award she was receiving had been named after his late wife, and that was a wound that would never heal.

Clapping from the audience brought her back to the moment and to when PJ said, “It is with great pleasure that I present to Dr. Faith McIntyre the fourth annual Sierra Hayden Service Award.”

Faith and Sierra had been good friends, and it had been Sierra who’d brought her onto the board five years ago. When Sierra had been stricken with ovarian cancer, everyone had been optimistic at first. But the universe had turned a deaf ear to everyone’s prayers, and days before Sierra reached her thirty-sixth birthday, cancer claimed one of the planet’s best people.

Faith accepted the crystal vase, etched with Sierra’s name and her own. The award felt heavy in her hands, and its weight trod all over philosophical arguments about death being a part of life. It took a moment before she could speak.

She thanked the board, the shelter’s director, Tina, and reminded everyone to “give until it hurts just a little, or better, a lot.” She exited the stage, suddenly able to justify that second martini. 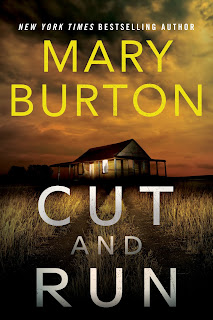 “Dr. McIntyre, want a snack?” The question came from Kat Jones, one of the kids who currently resided at the shelter. Kat had been in and out of foster homes until two months ago, when her pregnancy was discovered and she was branded as “difficult.” For now, the shelter was all that stood between her and the streets.

Faith thanked the bartender and faced the young girl holding a tray of hors d’oeuvres. “Thanks, Kat. I’m not that hungry.”

Kat wrinkled her nose. “I don’t blame you. This fishy stuff smells like shark bait.”

“I guess you need bait to catch big fish, right?” The girl’s small, delicate face didn’t quite jive with the dark-brown hair streaked with purple and green or the multiple piercings in each ear.

Faith laughed. “That’s exactly what it is.”

The kid was smart. If someone gave her a textbook, she would balk. However, when Faith gifted her with a reconditioned laptop, the kid had spent hours reading and working online. Despite her keen intelligence, Kat had been on a long and rocky road to a better life since the day she was born. And this pregnancy had heaped another huge obstacle onto her path. Happy endings for girls like Kat were few and far between.

Not courage, but maybe a brief respite from memories of today’s autopsy. “I’m going to be calling it a night soon and will hire a car.”

“I guess you could leave now,” Kat said, leaning toward Faith a fraction. “But if you do, you’ll miss the Texas Ranger standing at five o’clock. He’s staring at you.”

Faith didn’t need to turn to know the Texas Ranger was Mitchell Hayden.

“Tell me you aren’t in trouble,” Kat said. “He looks like he wants to arrest someone.”

“I’m not in trouble. But how about you? Are you still maintaining our noncybercrime pact? No hacking into systems to snoop around.”

Kat shrugged a thin shoulder, as if they were talking about simply surfing the net. “I haven’t broken any laws.”

Faith didn’t press. The kid was trying, and that was good enough for her. “Good. Would you offer that gentleman by the bar more food?”

Kat rolled her eyes. “That guy has eaten almost two trays on his own.”

“He and his wife donated the land for the shelter. It would be nice to keep him happy.”

“Fine. Whatever.” Shrugging, Kat strode over to the judge.

Faith waited until the girl was out of earshot before she approached Hayden. “Good evening, Captain Hayden. I didn’t think you’d make it.”

New York Times and USA Today bestselling novelist Mary Burton is the popular author of thirty-five romance and suspense novels, as well as five novellas. She currently lives in Virginia with her husband and three miniature dachshunds. Visit her at www.maryburton.com.