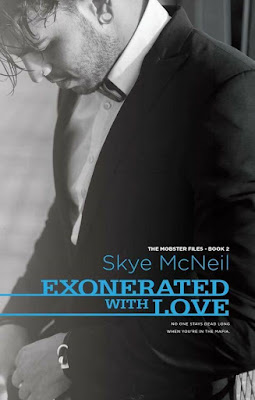 Can second chances really exist for a bad boy mobster and the only woman to ever steal his heart?There’s a hit out on Cameron Shearer’s life, his mafia ties dragging him down the path of darkness once more. After a harrowing meeting, he discovers no one ever stays dead when you’re in the mafia. Determined not to lose the only woman he’s loved, Cameron turns to the Del Rossi mob for one last favor. Unfortunately for him, the ending may not be as happy as he once hoped.Joci Dorous has it all. She’s happy, engaged, and just started her own law firm with her best friend. Everything appears perfect, until she discovers a suspicious trail of money in her business accounts and her once dutiful fiancé suddenly turns as shady as his mob boss. When strangers clash amid mobs, Joci is left to decipher who her heart truly belongs to.

“We can’t worry about what may happen.” She hugged him. “Whatever comes, good or bad, we have each other and we’ll get through it.”
Tracing her neck with agile fingers, he agreed. It was his sole option. “I know, but promise me one thing.” She nodded for him to go on. “You’ll never ever wear underwear again.”
Laughter bubbled up from her throat, and she slugged his arm playfully. “You’re relentless,” she teased. 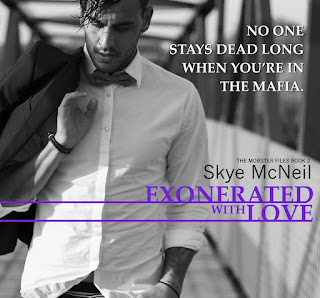 Kissing her soundly, Cameron unlatched his lips only after hearing a satisfied sigh escape her. “Yes, I am. Relentlessly in love with you.”
Rolling her on top of him, he stole her mouth once more. “Wanna play cops and robbers?”
Smirking, Joci grabbed his wrists and pushed them into the bedding. He didn’t bother resisting. Why would he when he was exactly where he wanted to be? “It depends. Which one am I?”
Relishing the way she sprung to life above him, he grinned. “The robber, obviously, because you steal my heart on a consistent basis.”

Skye McNeil began writing at the age of seventeen and has been lost in a love affair ever since. During the day, she moonlights as a paralegal at a law firm favoring criminal law.Skye enjoys writing romantic suspense and contemporary romance novels that leave readers wanting more and falling in love over and over. Her books range from sweet and sassy to steamy and sultry.
Her constant writing companions are two cats and two dogs. When she’s not writing, Skye enjoys spending time with family, photography, volleyball, traveling, and curling up with a cup of coffee and reading.
Posted by Maureen A. Miller at 12:30:00 AM