Congratulations to "Patricia B.", the winner in Cathy's giveaway. Thank you to all who participated!

“When I write, I try to think back to what I was afraid of or what was scary to me, and try to put those feelings into books.”
—R.L. Stine
While I was planning this post, I looked up famous author quotes about writing suspense, and Mr. Stine’s resonated with me. It’s exactly what I try to do when I create a romantic suspense novel. This doesn’t mean I include in my book the grasshopper that jumps on my shoulder, turning me into a blithering idiot that runs around my yard in a panic. But that sense of terror I feel from a three-inch creature landing on my body? That, I can utilize.
I love reading a buildup of suspense; the page after page of growing apprehension, when I almost skim the words because I’m racing toward the pinnacle of action. As I wrote Undercover with the Nanny, my new romantic suspense release from Entangled Publishing, I envisioned the climax of the book. I wanted my readers to feel that same sense of foreboding. It needed to propel them through to the end.

To do so, I thought back to incidents in my own life that generated fear, like going into an empty public restroom after a night class. Would someone come in after me, and lock the door and attack me? Or, after finishing my late shift at the restaurant, would the flirtatious drunk from the bar follow me out into the dimly lit parking lot and harass me? Or worse? I can still remember how I felt back then, the tightness in my throat, the internal quivers. The escape plans running through my brain.

Once I’ve captured the moments of suspense, I craft the scene. I write short, staccato sentences that help build the suspenseful mood. I use strong, vivid action verbs. And I draw out every thought, every emotion from my characters, so that readers can feel their fright, their sense of helplessness in the situation. And I go over and over the scene like a literary forensic specialist, until it resembles what I imagined in the first place.

Writing suspense novels isn’t for everyone. Readers of this genre demand to be surprised, scared, and satisfied with the action, and they can be brutal with their reviews if the suspense doesn’t live up to their expectations. But when I’ve done it right, when the readers say the ending was “cool,” or “I was able to picture it in my mind,” there’s no words to describe my elation. It’s what keeps me typing into the wee hours of the morning. 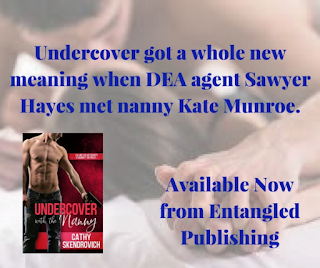 Exclusive Excerpt
Sawyer swung the truck in a one-eighty, spewing gravel as he finally got a good look inside the construction.

“It’s a hangar, Ian. We don’t have time to wait for the team. We’ve got to take him out now, or we’ll lose him to the sky,” Sawyer shouted over the wail of the siren, throwing the truck into park and leaping from it, using his door as cover. Good thing, because a barrage of bullets peppered the ground around him. Ian did likewise on his side.

“Do you see Kate?” Sawyer yelled. He shouldn’t have bothered. With the siren’s shriek and the truck’s whirling red and blue grille lights pulsating like a strobe, he was in his own cocoon. Ian and his approaching team operated in a separate dimension. All he could hear was the drumbeat in his head: Let her be safe, let her be safe.

There was a pause in the gunfire, and then the distinct sound of twin engines revving up from inside the makeshift hangar. Their quarry had abandoned the shootout. Sawyer still didn’t know if Kate was dead or alive. Either way, Cabrera wasn’t leaving. This chase ended here, now. There would be no more bloodshed. And God help the bastard if he’d hurt Kate.
The squeal of tires on gravel told Sawyer the rest of his guys had arrived. But it was the plane he focused on. He threw a glance toward the other side of the truck, where Ian crouched, gun drawn, awaiting directions from Sawyer. They all did. Unless Sanchez arrived from San Diego, a distance too far for them to wait, it was Sawyer’s decision. He didn’t hesitate any longer.

Under cover of the siren noise, he spoke into his mic. “Fan out. Be ready. I’m going in solo.”

“What the hell, boss—” Ian’s voiced faded as Sawyer ignored his pleas and ran in a crouch toward the hangar, crisscrossing the ground to make himself a harder target. But there was no gunfire. Instead, the twin-engine plane rolled into view, gathering speed as it traveled toward him. 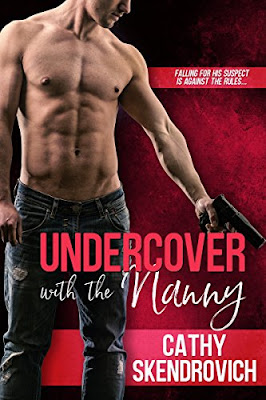 UNDERCOVER WITH THE NANNY

DEA agent Sawyer Hayes came to California in search of a drug cartel leader who slipped through his fingers in El Paso. The link to finding him is Kate Munroe, a nanny for one of his henchmen. The problem? He didn’t expect to be so drawn to a possible suspect. How is he supposed to do his job when his growing feelings for her are clouding his judgment?
Interior designer Kate Munroe’s life is a train wreck. Her parents’ deaths left her with their mounds of debt, she can’t get a job designing even a cubicle, and she’s bunking in her best friend’s spare bedroom. To make ends meet, she’s a nanny to a lonely little boy whose rich father works all the time. Romance is not on her radar. But her hot new neighbor could change her mind, with his broad shoulders and Southern charm. Too bad his secrets could destroy her.

Author Biography
Cathy Skendrovich has always loved a good story, and spent her formative years scribbling what is now called Fan Fiction. The current heartthrob of the time featured heavily in all her stories. Unfortunately, once she went to college, her writing took the form of term papers, written on typewriters instead of computer keyboards.

Upon graduation, Cathy took a job as an English teacher in a middle school. Along the way, she married her husband of now thirty-three years, had two sons, and moved to southern Orange County, California. She chose to work part-time in the school system there.

Now she has returned to writing. Prisoner of Love is her first published novel, followed closely by The Pirate's Bride. The sequel to The Pirate's Bride, The Pirate Bride’s Holiday Masquerade, came out Oct. 1, 2017. Her next contemporary romantic suspense, entitled Undercover with the Nanny, released on April 23, 2018.

She likes writing romance because she feels it's lacking in today's technological world. While she enjoys writing contemporary stories, creating romance in bygone times fascinates her. She hopes her ability to write in both genres will be the beginning of a long and satisfying writing career.

Giveaway ends 11:59pm EST April 24th. Please supply your email in the post. You may use spaces or full text for security. (ex. jsmith at gmail dot com) If you do not wish to supply your email, or have trouble posting, please email maureen@justromanticsuspense.com with a subject title of JRS GIVEAWAY to be entered in the current giveaway.