When I began writing, I never realized the things that would give me joy and pleasure and, yes, even fun in addition to crafting the kind of stories I love. And I discovered that you never know what is going to give you the information yiu need or inspire you.

This month WITHOUT WARNING, the second book in my Vigilance series, releases. My publisher wanted a small town series, and I like to write abut the places where I live. (Which is why during my fifteen years in Texas I wrote about so many cowboys!) So here I am in Florida, spending three weeks in fort Myers Beach before moving into my new place, and there was just so much to inspire me. 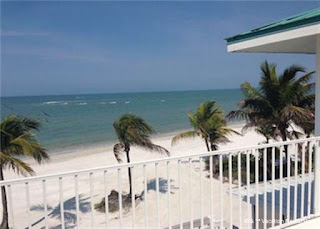 I had fun taking pictures of the town, the beach, the stores and restaurants which gave birth to places in my fictional town of Arrowhead Bay. Check out a couple of the pictures I’ve included here. Can’t you just picture yourself standing on a sandy beach, or hanging out in a beachside bar? Or having coffee and to-die-for pastries right out of the oven? While I was drinking coffee and eating ne of those pastries the character of Devon in Book #1, HIDE AND SEEK, was born. I based her on the impression I got from a woman sitting two tables away from me.

I also needed a combination restaurant/marina that lays a pivotal role in all three books. I am lucky enough to have made friends with a sheriff’s deputy here (yes, I collect resources!) who turned me on to a place one mile from my complex. I got to sit on a covered porch like the one my characters like, and watch the boats come in and the utility vehicles hauling some boats into the dry dock slips in the next building.

In Hide and Seek there is a kidnap scene at a gas station, and my wonderful cop acted the whole thing out with me so I got it just right. I’m sure people thought we were crazy, but he taught me how to plot out action scenes so I had visuals. It was especially important during the crucial climactic scene in WITHOUT WARNING. There were so many variables, and so much had to be split second, that without his help I now I would have screwed it up. 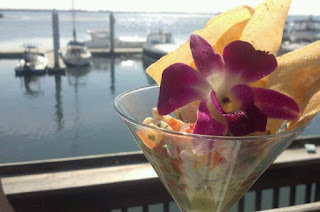 In my journey I have become friends with a Ret. Brigadier General in the Marine, a former Delta force soldier, someone from the Coast Guard, a Navy SEAL, defense contractors doing computer work for the government. Ridden in a helicopter, gone ziplining, spent a night in a brand new jail before it opened, visited a lace that makes sniper rifles for marines, a company that takes cars apart and makes them bulletproof…The list is endless.

I stated doing this so I could be as accurate as possible for my readers. I have made good friends, had a lot of fun, and the journey is still far from over. So if you pick up one of my books (which I hope you will) you can be pretty darn sure everything in there is first hand. 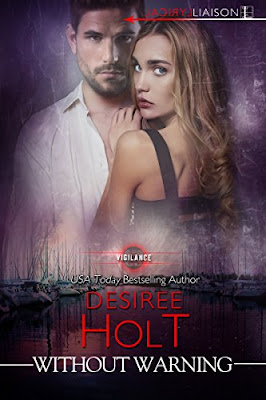 When you don’t know how the story will end . . . After years of hard work honing his craft, Blake Morgan is now an international bestselling author. But one thing he never imagined was that his fictional world would become all too real. When a stalker turns Blake’s latest book tour into a treacherous and nearly deadly trap, it’s time for Blake to hire protection. But the body assigned to keep an eye on him is someone he never wants out of his sight . . .  As a bodyguard for Vigilance, the private security agency in Blake’s hometown of Arrowhead Bay, Samantha Quenel has found the perfect outlet for her military experience. But her latest client is also a former high school flame, which might explain her willingness to protect Blake at all costs—even if that means staying in the same room with him, on the same bed, under the same torrid sheets . . .