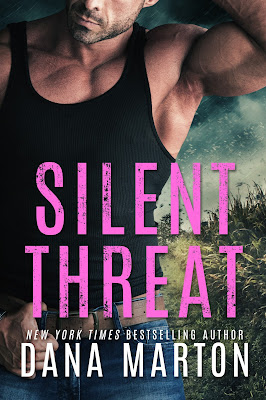 A former Navy SEAL, Cole Makani Hunter has returned home from a disastrous black ops mission without his best friend, his hearing, or the use of his right arm. So when his ex–commanding officer assigns him to an undercover mission at a rehab center for vets to discover who leaked sensitive military information to an enemy, he’d rather be anywhere but there. Almost immediately, Cole finds himself at odds with Annie Murray—a peace-loving ecotherapist whose dream is to open an animal sanctuary out of her home. While the two seemingly have nothing in common, their spirited arguments soon fuel a passion for each other.But just as things begin to heat up between therapist and patient, dangerous complications arise. So does the past—and a shocking revelation that puts Cole and everything he now holds dear in the path of a murderous traitor.

He peered into the darkness where other animals moved, probably making noise he couldn’t hear.

When he looked back at Annie, she said, “They’ve already been fed. They just want to party.”

He gestured toward them with his head and quirked an eyebrow.

She responded with, “Go ahead.”

He didn’t turn on the overhead light, didn’t want to rile up everyone in the middle of the night. Instead, he stepped over a baby gate and waited until his eyes adjusted to the semidarkness.

A tabby cat with a splint blinked at him from a pillow. A black potbellied pig with a newly healed gash in its side rooted around inside a pen. A raven watched him from the rafters, one wing bandaged. Three blue eggs slept in a nest in a cage, under a heating lamp.

Another divider came next. Past that, five emaciated llamas and a one-eyed donkey turned their heads to stare at him. He stared right back for a couple of startled seconds before scanning the rest of the space.
Bags of food for various animals stood piled against the wall. Running the menagerie must cost a pretty penny just in feed.

The llamas and the donkey stuck to their corners and showed no inclination to get to know Cole better. He reached in with his good hand and scratched the pig behind the ears. If there were delighted squeals, he didn’t hear them. He went to pet the cat, but the cat swiped at him.

The raven gave him a squinty-eyed look that said Don’t even try. He couldn’t reach the bird anyway. He went back to Annie.

He found her half-asleep. “What’s up with the llamas?”

She blinked at him. “People moved and left them behind.”

He glanced back, but that end of the garage was too dark to see the animals. She had saved them in the nick of time. They looked like they were still pretty close to starvation.

“What was the worst you ever had?”

“A tarantula that lost a leg.” A delicate shiver ran through her. “I hate spiders.”

A tragic look came over her face. “A goat ate him.”

A strangled laugh escaped him. “What happened to the goat?”

“Do you ever turn anything away?”

She rubbed the head of one of the baby skunks with the back of her crooked index finger. “Not anything, not ever.”

That people like her lived in the world scared Cole a little. Too softhearted, too easy to take advantage of, too vulnerable. Annie Murray needed a keeper. Not that he was volunteering.

He watched as she slid down into the hay, flat on her back, her head on the folded comforter. The skunks were all over her instantly, like love-smitten kittens, snuggled into every nook, a different baby tucked against every curve.

She closed her eyes, the picture of peaceful bliss.

Cole stood against a nearly irresistible pull to lie next to her and be part of the magic she was weaving.

He never thought he’d be jealous of a skunk, but he wanted to be tucked against her breast. She had generous breasts to go with her generous mouth. She was murmuring something to her little charges that he didn’t catch, a soft half smile
on her lips.

He wanted to sink into Annie Murray’s earth-mother goodness, dissolve in her peace.

She was the most wholesome person he’d ever known.

He was the opposite—too damaged in too many ways. He was deaf, and his right arm might never fully function again. He had nightmares . . .

He wouldn’t wish waking up next to him on his worst enemy.

He was a killer. He’d been a damn good sniper before his right arm had been rendered useless. Maybe as punishment for his sins.

Since Ryan and the others had died, screaming in pain, Cole hadn’t been the same.

So no, he could not have the peace Annie Murray was offering.

She could barely keep her eyes open. She must have realized she was falling asleep, because she shook it off and came to her feet.

“I can drive back to Shit Hill,” Cole offered as they walked out to her car.

She glanced at his bad arm.

He saved her the trouble of having to ask. “I’m getting pretty good at driving with my left. We’re not on a racecourse. Small town, past midnight. The roads are empty.”

She nodded, handed him the keys, got in on the passenger side, and promptly fell asleep.

Who slept like that? At the drop of a hat?

Probably people with a clear conscience.

About the Author
Dana Marton is the New York Times bestselling author of the Agents Under Fire series, the Hardstorm Saga, and the Broslin Creek novels. She is the winner of the Daphne du Maurier Award for Excellence in Mystery/Suspense, the Readers’ Choice Award, and the RITA Award. For more information about Marton and her work, please visit her at www.danamarton.com or on Facebook at www.facebook.com/danamarton.