Read at your own risk!

WARNING: Read at your own risk!

My new release, RISKY REDEMPTION, should carry this warning: Read at your own risk! Why? Because it’s edgy. It’s dark. It’s different. I recently saw a thought-provoking quote from the fabulous Brenda Novak. She said, “Write fearlessly.” I can’t say that I wrote this book without some fear, but I have taken chances with the plot and the characters that I’ve never taken before. My editor calls this story nontraditional for good reason.

First, the plot follows two alternating timelines, not to be confused with sporadic flashbacks. Each chapter switches between the Past storyline and the Present storyline. If you prefer a strictly chronological sequence of events or if you have motion sickness, this may present a major challenge. However, I believe this plot structure creates a thrilling roller coaster of suspense.

Second, the hero is a CIA assassin, who is hired to kill the heroine. Dark, flawed heroes are common in romantic suspense, but Jake Stone takes it to a higher bad-ass alpha-male level. So, if you want a perfect, princely hero, who never acts like an SOB, he’s not your guy. Even Jake believes he’s an unlovable monster. 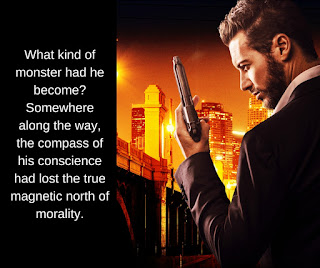 Third, the heroine is a victim of sexual assault, a topic getting a lot of media attention recently. Four years ago, Angela lost not only her trust in men, but also her sexuality. This means you won’t find mind-blowing sex in the first chapter. Instead, Jake takes Angela on a twelve-step journey full of sensuality to regain her libido. 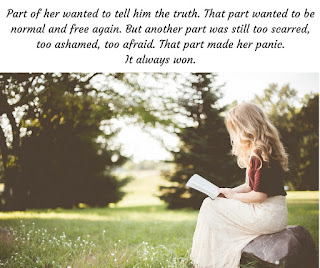 I hope you’re willing to take the risk and read RISKY REDEMPTION. Trust me, the happily-ever-after is waiting for you, but you’ll get one hell of a roller-coaster ride first. 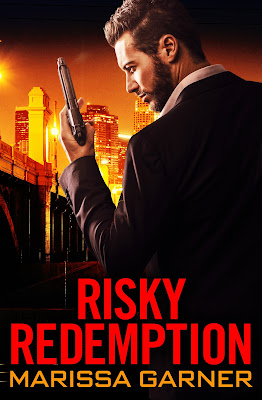 Four years ago, a brutal attack stole Angela Reardon’s trust in men. Now the fiercely independent interior decorator has built a successful business and a new life without love or sex. Haunted by her inability to identify her assailant, Angela wants only to be left alone—until a shadowy stranger reignites dormant desires. But their time together may be brief…because someone wants her dead.

CIA assassin Jake Stone’s targets deserved to die. Until now. Until he falls in love with the innocent woman he’s been hired to kill. Can he save Angela and redeem himself by uncovering who wants her dead? When the trail leads him into the carnal underbelly of L.A., the truth is more shocking than even he could ever imagine.

Excerpt:
“Good try, Jake, but you’re not sneaking away from the topic. Why did you break up with Bonnie and all the others?” Angela asked.

“All the others? What is this, an inquisition?”

She leaned over him, her face inches from his. “Answer me, Mr. Stone.”

Jake pushed her aside, swung his feet to the floor, and sat up with his back to her. “This sucks. But okay. Here’s the ammunition you want. Yeah, I dated Tanya, Bonnie, and all the others. I screwed them. A lot. But if they’re honest, they’ll tell you they had a really good time. We had fun; we had sex. It never got any more serious than that.”

“Why did I screw them?” He twisted around and shot her a lecherous smirk. “I like to fuck, that’s why.”

“Stop it, Jake. I’m not going to let you hide behind your vulgar vocabulary. I know you use it to put me off balance. It’s not going to work this time.”

She inhaled slowly, held the breath a moment, and then blew it out through pursed lips. “I’m asking why you never have serious relationships with women.”

Jake tunneled his fingers through his hair and scrubbed his scalp, obviously stalling. “It’s simple, Angela. They were superficial relationships that didn’t have anything meaningful to grow on. Why would a woman want a long-term, serious relationship with me anyway? Even you called me a playboy.”

“Maybe you always escaped before they had a chance to grow.”

“Sure. Whatever you say, Miss Shrink.”

“Okay, this is what I say. I think you cut and run because you’re afraid one of these ‘superficial relationships’ might get serious. Deep down inside, you want it, but you’re afraid of it, too. So you hide. You’ve hidden the real Jake from Tanya, Bonnie, et al. And now, you’re hiding from me.”

Steel shutters closed behind his eyes. Cold, hard, emotionless gray stared back at her. “Believe me, you wouldn’t like the ‘real Jake.’ I don’t even like him.”

About Marissa:
I'm a wife, writer, chocoholic, and animal lover, not necessarily in that order. As a little girl, I cut pictures of people out of my mother’s magazines and turned them into characters in my simple stories. Now I write edgy romantic thrillers, steamy contemporary romance, and sexy paranormal romantic suspense. My stories will titillate your mind as well as your libido. I live in sunny Southern California with my husband, but enjoy traveling from Athens to Anchorage to Acapulco and many locations in between.

GIVEAWAY!
Enter to win a $25 Amazon gift card on my website or my Facebook page. Good luck!