I hated romance until…

There was a period in my life when I had no money. Well, I could’ve borrowed, but I refused to trouble anyone. Yet the biggest worry for me was how do I get a new book? I hated the idea of borrowing books from the library and having to return them. It was a chore, though these days you could with an e-book.

Out of desperation, I turned to my mother’s old Mills & Boons collection. I started with one book, initially wondering if I would be able to finish it. I mean, what’s a young man doing reading a romance novel? Answer: I was desperate; I needed something to read. 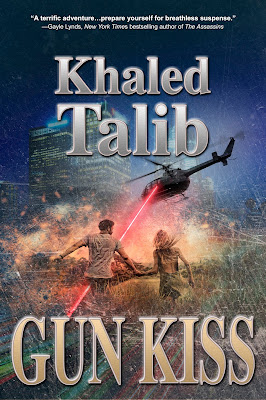 I did not expect to enjoy such books, but soon I found myself engrossed in them. I recalled telling myself, “Now I understand why women love these books.”  It’s not trashy. I found depth in the passages. If anything, these books teach you empathy and how to cultivate emotions. It also taught me how women think and what stirs them emotionally. There’s also suspense, adventure, mystery and drama, which made me want to turn the pages.

While reading romantic novels was one thing, writing a story and injecting romance into your own was another. As a writer you’ll have to invoke emotions as you evoke your words. Somehow, I could not bring myself to do it. I felt squeamish.

Strange. I could read novels by romance authors, but I refused to follow the path. In writing my first two thriller novels, I eschewed creating love scenes.  The pages were filled to the brim with aggression. No flowers and candies, so to speak. It could be a psychological thing. Or maybe it was just plain ego, so I refused to tap my feminine side as it made me uncomfortable.

So how did I end up writing a story like Gun Kiss that was romance oriented? Well, a blonde actress motivated me. I won’t say who, but I watched some of her older movies and I felt inspired by her acting. Perhaps it was because she never appeared helpless and needy. It made me realize I could write a novel where the female character does not have to appear weak and in distress.  There are, after all, women who are strong and independent. I decided to focus on such characters without turning them into a Cyborg as women have emotions. If I could balance the two, I thought, that would be perfect.
I realized the reason I was apprehensive about including romance in my earlier stories is because I expected women to behave in a certain way. For my first novel, Smokescreen, I just could not bring myself to show the protagonist pairing up with the female co-character. I had written the female character in such a way that if she was a real person, I wouldn’t date her. She was not my type. Such being the case, I found it difficult to invoke and evoke the writing. I just didn’t want to have anything to do with her although she was a fictional character.  I found it hard to detach. I should’ve been more professional, but I found it funny to create a scene where she kisses the protagonist. It made me feel squeamish.

By now, I had developed a prejudice about including romance. My second novel, also a thriller, had a female character, but she was depicted as someone capable of handling herself in dire situations.  She was not frail. And not the type who writes poetry and thinks of having kids.

Then I realized that I did not have to write female characters who love flowers and love letters.  There are all kinds of women out there. I could choose what I like to suit the story.
In truth, I was writing about myself, the type of women I prefer. Who knows? My attitude might change in future, but in Gun Kiss, I created a famous movie star. Someone exuberant, independent (of course), smart, and ambitious.

By the same token, I knew I could not pretend to write a character that was equal to a man. Although I made her character strong, I had to bring out her emotions and insecurities. Not that men are devoid of such feelings, but I wanted to show a woman’s point of view, while at the same time not making her totally needy.  I hope I have achieved that as I created the character as someone who finds herself in different situations against a suspenseful backdrop, and evolves with experience. I guess reading all those romance novels and observing people did help me inject the qualities of being feminine into my story while at the same time realizing that there are all types of female characters out there that could inspire my creations.

There are all kinds of romance novels. I guess I’ve found my own style of writing. After all, there are no rules. I can make the character how I want him or her to be, set the scene and decide how it ends. It doesn’t have to be Valentine’s Day every day. The female character doesn’t have to stand at the balcony and wait for her man. I can place her in any situation and set her on a journey of self-discovery. After all, I’m not dealing with gender stereotypes; I’m writing about individual characters. A person… even though a fictional one.  And if I’m allowed to say so myself, an exciting group of characters.

And to the actress who inspired my work, thank you.

A stolen piece of history, an abducted actress and international intrigue…
When the Deringer pistol that shot Abraham Lincoln is stolen and ends up in the hands of a Russian military general, covert agent Blake Deco is tasked by the FBI to head to the Balkans to recover the historical weapon. Meanwhile, the United States media is abuzz with news of the mysterious disappearance of Hollywood movie star, Goldie St. Helen. After Blake’s return from overseas, he receives a tip from a Mexican friend that a drug lord, obsessed with the beautiful actress, is holding her captive in Tijuana. With the help of a reluctant army friend, Blake mounts a daring rescue. What he doesn’t expect is to have feelings for Goldie—or that a killer is hunting them.