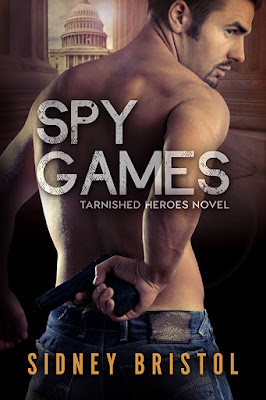 Haunted by the mistakes he made while fighting for his country, Rand Duncan has become the CIA’s go to man for tough jobs in an effort to atone for his sins. Late-night phone calls and covert meetings are the norm. Until she arrives and his past crashes into his present.
Sarah Collins never thought she’d see her brother’s former best friend again. But one of Sarah’s fellow undercover informants has been captured and the briefcase containing the identities and locations of twelve other operatives are in Chinese hands. If Sarah and Rand can’t retrieve the documents, people will die.
The shock wears off quick as the two must figure out how to retrieve the briefcase before it can be opened or sold. If they want to save lives, they must confront their past, while avoiding an enemy that will stop at nothing to crush them.

“What are you carrying?” he said again.

“N-nothing. My clothes. The package. There’s a tracker on the package.”

“There has to be something else on you. The package is on a long-delay device. They can’t track you in real time. Lose the jacket and scarf. Come on.”

Sarah wiggled out of the coat. The scarf went with it. Rand shoved both into a garbage can. He snatched her hand, and they took off at a fast jog. They zigzagged across the streets, through alleys and a train station.

At one point, Sarah caught a clear visual of three people right behind them. Not just the two she’d seen before. She patted down her pockets, her hair, even groped her bra.

Rand pulled her into an alcove after another fifteen minutes of silent evasion.

“Have you had surgery recently? Anything that would put you under?” He was close enough that his breath warmed her forehead. This was her Rand—and he didn’t even know her. 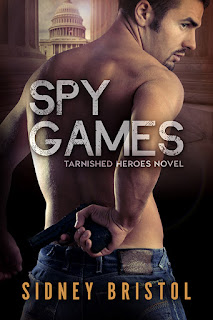 “Once.” She held out her left arm. “The radial bone got crushed. I’ve got rods and pins all in this arm now.”

“That’s what they do.” He took her arm, pressing none too gently along the inner side of it where the scar was the most pronounced.

“You think there’s a tracker in me? The Koreans did that?” She couldn’t even begin to fathom that.

“No. The company. There. Feel that?” He put her thumb over the fat-lump at the swell of her forearm, a few inches down from her elbow.

About the Author:
It can never be said that NYT & USA Today Bestselling author Sidney Bristol has had a ‘normal’ life.  She is a recovering roller derby queen, former missionary, tattoo addict and board game enthusiast. She grew up in a motor-home on the US highways (with an occasional jaunt into Canada and Mexico), traveling the rodeo circuit with her parents. Sidney has lived abroad in both Russia and Thailand, working with children and teenagers. She now lives in Texas where she spends her time writing, reading, hunting Pokemon, playing board games and catering to her furry overlords, aka the cats.