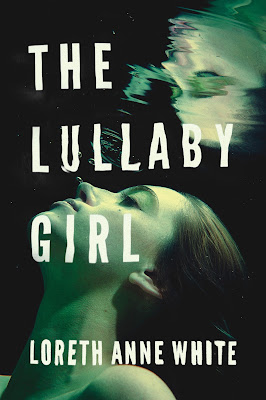 Detective Angie Pallorino took down a serial killer permanently and, according to her superiors, with excessive force. Benched on a desk assignment for twelve months, Angie struggles to maintain her sense of identity—if she’s not a detective, who is she? Then a decades-old cold case washes ashore, pulling her into an investigation she recognizes as deeply personal.Angie’s lover and partner, James Maddocks, sees it, too. But spearheading an ongoing probe into a sex-trafficking ring while keeping Angie’s increasing obsession with her case in check is taking its toll. As startling connections between the parallel investigations emerge, Maddocks realizes he has even more than Angie’s emotional state to worry about.Driven and desperate to solve her case, Angie goes rogue, risking her relationship, career, and very life in pursuit of answers. She’ll learn that some truths are too painful to bear, and some sacrifices include collateral damage.But Angie Pallorino won’t let it go. She can’t. It’s not in her blood.

“I made you tea—do you like tea? Please, sit down.” Wanda Voight gestured toward a round table abutting a window that looked out over a small garden. On the table was a colorful cloth, atop which sat a teapot covered with a quilted cozy. Beside it was a plate of scones, jars of jam and cream, and a set of matching cups, saucers, and plates.

“I love tea, thanks.” Angie seated herself at the table. “You have a nice view from downstairs, too,” she said, taking in the pretty little envelope of lawn outside with its neatly trimmed edges, shrub border. A drooping yellow cedar stood sentinel over it all. Once a few pleasantries had been exchanged and tea had been poured and a hot buttered scone and jam had been set in front of Angie, she steered the conversation back to the topic of her visit, remaining careful not to angle in too directly—senior citizens did require a different level of tact when it came to interviews. They’d witnessed life in a different era. They generally needed to be made to feel relaxed, comfortable, warmed up with common interests. Angie explained again why she’d come. “As I mentioned on the phone, I’m looking into that cradle case for a close friend.”

“Are you a private investigator, then?” said Wanda.

“In a manner. At least in this capacity.” Angie set her cup on its saucer and leaned forward. “That case made the media. Ads and posters were sent out, yet no one came forward to claim the child, no distant relative, nothing. It must have been high-profile for a while?”

Wanda sipped her tea, thinking. “You know, it was the top of the news for a week or so, but then there was that big earthquake up in Alaska, and the angel’s cradle child story sort of got swept away by it all. On top of the quake, news broke about that Boeing going down in the Pacific. There was a team of Calgary hockey players on that plane, and it was all everyone was talking about.” She took another sip of her tea, then shook her head. “Arnie had nightmares about the cradle case. And when no one came for that little girl, and Arnie could do nothing more to find out where she’d come from . . . well, he had trouble letting it go. He was disturbed by his own inability to solve the mystery.”

“He was the lead investigator, I understand.”

“Yes. His partner at the time was Rufus Stander. They worked it together. Eventually they had to put the case aside for more pressing things.”

“What happened to Rufus Stander?” Angie asked. “When I visited the VPD yesterday, they told me he was also deceased.” And I got a feeling there was more to it than that.

A shadow crept into the elderly woman’s eyes. Carefully, with two hands, she set her cup on the saucer. She wiped her mouth with her napkin. “Arnie and Rufus had a particularly difficult case several years after the angel’s cradle one. An eight-year-old boy went missing from Stanley Park. Clean vanished into thin air. Arnie and Rufus were part of the team tasked with the search. And they were the ones who found him. Just one block down from the park where he disappeared. They were searching the rental unit of a man who’d apparently been seen talking with the boy in the park shortly before the boy vanished. The man was not at home—the landlord let Arnie and Rufus into the unit. Apparently, the landlord said the tenant had not been seen since the day the boy went missing. While Arnie was talking to the landlord, Rufus opened the fridge door, to see what was in there—to judge how long the man might have been gone and whether he might be returning . . .” Her voice faded. She shook herself. 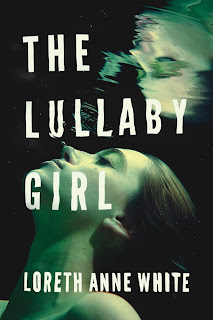 “A garbage bag came tumbling out and thudded onto the floor. The boy had been stuffed into the bag and crammed into the fridge. Rufus told Arnie later that it was the garbage bag that really got to him—the fact that someone’s kid had been put into a trash bag like that. Just some rubbish to be thrown away. Why stick the child in that bag, he said, if you’re going to put him in the fridge?” A long pause. Rain began to fall harder outside. The boughs of the yellow cedar sulked lower as they dripped water.

“Rufus never got over it, I think,” Wanda said, her voice going raspy with emotion. “That and all the other stuff those city cops had to deal with. Years later he tidied up his affairs. Washed all his clothes. Laid all his shoes out neatly in his cupboard and in the boot room, side by side. Then he went and lay down on the railway tracks. At the bottom of North Van.” Another break of heavy silence descended over Wanda. She cleared her throat. “That’s when Arnie finally put in for his retirement. People don’t understand the toll that job can take on a police officer or his family. They don’t know how we all have to tiptoe around the ugly side of the job, the mood swings, the depression, the drinking.” She looked out of the window, her gaze going distant. “Sometimes when Arnie came home after a bad shift, I couldn’t talk to him for hours. I just had to let him lay on the couch and watch mindless television and have a couple of beers, and then he’d finally come around and be himself again. It wasn’t easy being married to him. But I loved him.” She returned her gaze to Angie. “I miss him.”

Angie’s chest clutched at the rawness in Wanda Voight’s eyes. She hesitated, then awkwardly she forced herself to cover the woman’s hand with her own. “I’m sorry,” she said.

Wanda inhaled deeply. “No, I’m sorry. This was not supposed to be about me.” She extracted her hand, fumbled for a handkerchief in her pocket, blew her nose, and then came to her feet. “I asked Sharon to bring Arnie’s boxes up out of the basement. She put them by the sliding door for you.”

“They’re over here,” Wanda said as she got up and made for the glass slider.

Angie lurched to her feet and followed, her pulse suddenly racing.

Wanda pointed to two cardboard file boxes that rested side by side on the floor behind a sofa. They were sealed with yellow tape. In fat black Sharpie along the side of the front box, someone had scrawled the words BOX 01 JANE DOE SAINT PETERS #930155697–2. Shock slammed through Angie. She bent down and moved the first box aside. BOX 02 JANE DOE SAINT PETERS #930155697–2.

Her gaze ticked up to Wanda. “Are these the angel’s cradle case files?”

“Like I said, it got to Arnie. He never did stop looking in his own way. He always wondered if that child might return one day as a grown woman to ask him questions. He knew she’d been adopted. He knew that she’d been taken in by a good, kind family. He even called the child’s adoptive father a few times to check on the child and to see if she might have remembered anything about that day, or about her life before. Or whether the adoptive family had ever been contacted by anyone suspicious. Arnie also thought that maybe a relative might eventually come to him in search of the child. But no one did. He never did find her family, nor the men who’d fired the guns outside the church that night. When he learned that the evidence was going to be destroyed, he went and got these boxes. He wasn’t supposed to. They used to incinerate anything in evidence that was to be destroyed, with witnesses watching. Sometimes they’d return property to families if they could find them. In this case, since there was nothing valuable in there, no weapons or anything, they let Arnie take it. He told them he was going to keep working it on his own. He brought the boxes home.”

“He opened the files up several times, extracted some notes, poked around a bit. In the end he resealed the boxes. When I sold the house after he died I brought them here and they went into the basement.”

Angie stared at the boxes. Deep inside her belly, her muscles began to shake.

Could the forensic evidence be inside those boxes—lab serology results, prints, ballistics info—things she could have retested for DNA?

“I think Arnie would like you to have them,” his widow said softly. “He’d like to know that someone was still looking.”

Angie’s heart galloped up into her throat and her skin turned hot as she continued to stare down at the two boxes on the floor. A potential portal.

About the Author
Loreth Anne White is an award-winning author of romantic suspense, thrillers, and mysteries. She has won the Romantic Times Reviewers’ Choice Award for Romantic Suspense, the National Readers’ Choice Award, and the Romantic Crown for Best Romantic Suspense and Best Book Overall. In addition, she has been a two-time RITA finalist, a Booksellers’ Best finalist, a multiple Daphne Du Maurier Award finalist, and a multiple CataRomance Reviewers’ Choice Award winner. A former journalist and newspaper editor who has worked in both South Africa and Canada, she now resides in the Pacific Northwest with her family.