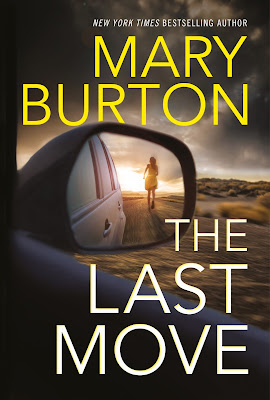 Catching monsters helps FBI agent Kate Hayden keep her nightmares at bay. Now an urgent call brings her back to San Antonio, the scene of her violent past. A brutal new murder shows hallmarks of a serial killer nicknamed the Samaritan. Tricky part is, Kate already caught him.Either Kate made a deadly error, or she’s got a copycat on her hands. Paired with homicide detective Theo Mazur, she quickly realizes this murder is more twisted than it first appeared. Then a second body is found, the mode of death identical to a different case that Kate thought she’d put behind her.Now Kate and Detective Mazur aren’t just working a homicide; the investigative pair is facing a formidable enemy who knows Kate intimately. While Mazur is personally trying to protect Kate, the closer they are drawn to the killer, the clearer it becomes that in this terrifying game, there is only one rule: don’t believe everything you see…

“My daughter needs to be picked up at school. Do you mind?”

Mazur moved in and out of traffic. A couple of times he had to think twice about street choices and happily chose correctly each time. Twenty minutes later he pulled onto the tree-lined campus that blended old and new architecture.

Alyssa was sitting in front of the school on a stone bench, her backpack on her lap. She was a petite girl with blond hair that brushed her shoulders and framed a round face.

When she saw Mazur’s car, she grinned and hustled toward it.

As he got out of the car, she tossed him a pointed look that resembled many Kate had given him. “Thanks, Dad. We got out early and I didn’t want to wait for Mrs. White.”

He kissed her on the cheek and took her backpack as he opened the back door. “Going to have to put you in the back like a perp. Company today. Alyssa, this is Agent Kate Hayden.”

“Nice to meet you, Alyssa. Call me Kate.”

“So, are you the Fed working with Dad?”

“So what case are you working on?” Alyssa asked.

Mazur slammed the back car door and glanced at Kate as he slid behind the wheel. “She doesn’t need the details, Dr. Hayden.”

Alyssa rested her folded arms on the front seat. “She likes details.”

“I have to honor your father’s wishes, Alyssa,” Kate said.

“Daaaad. I want to know about the case,” Alyssa said.

Mazur shook his head as he circled the parking lot back toward the main entrance. “Dr. Hayden, keep it G-rated.”

Kate frowned as if shuffling through her facts to choose the tamest. “Alyssa, we have one victim who was shot. I was summoned to town because there is evidence to suggest there might be a serial killer involved.”

Mazur glanced in the rearview mirror in time to see the kid’s eyes widen with keen interest. 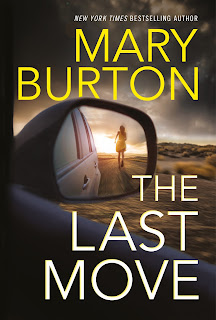 “So, do you work cases like this all the time?” Alyssa asked.

“How long have you been with the FBI?”

“That is so cool,” Alyssa said. “What kind of cases have you worked?”

Mazur’s thoughts suddenly turned to the girl in Utah and the other horror cases Kate worked. He cleared his throat, determined to redirect. “What bit of advice can you give Alyssa about staying safe, Dr. Hayden?” Mazur inquired.

Kate turned in her seat and faced his girl. “Never, ever get into anyone’s car, even if they threaten to shoot you. You have a better chance with the bullet than if you get in the car.”

“And always have your cell with you and the GPS locater activated.”

“If you’re ever fighting for your life, don’t get fancy and think a ninja kick to the groin is going to save you. He could grab your ankle, and then you’d be flat on your back with a cracked skull. A hard strike to the nose is effective, as well as biting. Play dead if you think it’ll work to your advantage.”

“Have you ever had to fight anyone off?” Alyssa asked.

“Once late last year. There was a man who was badly hurting women.” She glanced toward Mazur. “He figured out I was closing in on him so he came after me.”

“Did he hurt you?” Alyssa asked.

Alyssa sighed. “Agent Hayden, you aren’t much taller than I am,” she said.

“Use it to your advantage,” Kate said. “Your attacker will underestimate you.”

Maybe, Mazur thought, but most people weren’t prepared to survive a monster’s attack. Adding fuel to his worries, his girl was pretty, outgoing, and not afraid to talk to strangers.

“Reverse pressure on a thumb works, or a punch to the throat,” Kate added. “And if you’re taken, try to leave clues behind for the people looking for you.”

They drove in silence for less than a half mile before Alyssa asked, “How did you get that scar on your face?”

“I barely notice the scar anymore,” Kate said. “I was shot.”

“Is that when your dad died?”

“You’ve been reading up on me,” Kate said.

“Curious is good. And yes, the scar is from that shooting.”

Mazur pulled into the gated community, paused at the guard station to show his ID, and drove Alyssa to an elegant Spanish-style home. The front door opened, and an older woman with graying hair appeared.

“Good, Mrs. White is home. I forgot my key again.” The words tumbled out of the girl as she got out of the car.

She leaned in and kissed him on the cheek. “Will do.”

He waited until she and the housekeeper disappeared into the house.

New York Times and USA Today bestselling novelist Mary Burton is the highly praised author of twenty-eight published romance and suspense novels and five novellas. She lives in Virginia with her husband and three miniature dachshunds.