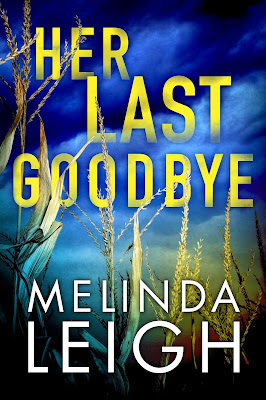 Young mother Chelsea Clark leaves the house for a girls’ night out…and vanishes. Her family knows she would never voluntarily leave her two small children. Her desperate husband—also the prime suspect—hires Morgan to find his wife and prove his innocence.As a single mother, Morgan sympathizes with Chelsea’s family and is determined to find her. She teams up with private investigator Lance Kruger. But the deeper they dig, the deadlier their investigation gets. When Morgan is stalked by a violent predator, everything—and everyone—she holds dear is in grave danger.Now, Morgan must track down a deranged criminal to protect her own family…but she won’t need to leave home to find him. She’s his next target.

The sheriff returned a minute later with two bottles of water. He perched on the edge of his desk, offered her a bottle, and stared down at her. “So, you’re Morgan Dane?”

She’d seen the sheriff on television, and his reputation had preceded him. He was a hard man, and he looked the part. The tanned skin around his eyes and mouth was deeply lined, as if he squinted and frowned most of the time. His nose was crooked, and a scar bisected one eyebrow. She wasn’t surprised at his rough appearance, but his eyes flickered with surprise as they swept over her from head to foot and back again, which was odd. She’d conducted several press conferences during her last case and had no doubt he would have watched them.

“Your appearance is deceiving.” He looked at her as if he didn’t know quite what to do with her. “Tyler Green obviously underestimated you as well.”

“Green’s nose is broken. He’s complaining about headaches and back pain. My deputy was tied up all morning at the ER, and I’ve been fielding calls from Green’s lawyer.” King’s mouth twisted as he said lawyer. “What a pain in my ass.”

King’s jaw tightened. His tone was all you-don’t-belong-here. “You got lucky this morning. He could have hurt you.”

Morgan swallowed the retorts on her lips about him being sexist and minding his own business. She needed his cooperation. Butting heads with him wouldn’t get it. “I wasn’t alone.”

“I should hope not.”

“And I assure you, my breaking Green’s nose wasn’t an accident.”

Another quick flash of surprise flickered in his eyes, then resignation, and just a little respect. He pushed off the desk and moved behind it. His chair squeaked as he settled his heavy body into it. “So, I hear you officially hung out your shingle. Did you decide criminal defense was more lucrative than working for the prosecutor’s office?”

“It isn’t about money.” Morgan paused. “I come from a family of cops. My brother is NYPD SWAT. My sister is a detective with the SFPD. My grandfather is a retired homicide detective, and my father died in the line of duty. I believe in justice, and I’ll fight for it. But I’m afraid my chance to work for the DA has passed.”

The sheriff coughed. Was that a grin he was trying to hide with his hand? “Sweetheart, you blew by that chance like Richard Petty.”

Morgan’s brain stuttered. Did he just call her sweetheart?

“So why are you here today?” he asked.

The sheriff shifted his weight forward. His forearms landed on his desk. “Tim hasn’t been charged with a crime. Why does he need a lawyer?”

“After the publicity of last month’s false arrest, he’s concerned with your focus on him as a suspect in his wife’s disappearance.”

King scraped a hand down his battered face. “I assume Sharp and Kruger are on board?” 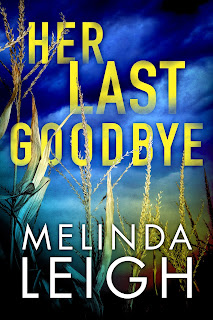 “We’re doing everything we can to find his wife. Since you’re from a family of cops, you know I can’t talk about an active case.” King could share information. He was choosing not to.

“We’re both on the same side,” Morgan said. “All we want to do is find Chelsea Clark and bring her back to her family.”

“And we are in the middle of our official investigation into her disappearance,” King said in an end-of-discussion tone.

“Anything you can tell me would help. I know you’re swamped here. You can’t possibly give Chelsea’s case a hundred percent of your attention. Sharp and Kruger are experienced investigators who can focus solely on finding Chelsea. You don’t have the manpower or the budget.”

King studied her without responding. Despite his reputation as a good lawman, he was also stubborn and arrogant. Morgan could not force him to cooperate. She needed a new approach, but King wouldn’t fall for any bullshit. Her argument would have to be sincere, and something he couldn’t argue with. And something that had nothing to do with his department’s ability. She needed to throw him off balance, to appeal to him in a human way.

“My youngest was an infant when my husband was killed in Iraq.”

Author Biography
Melinda Leigh abandoned her career in banking to raise her kids and never looked back. She started writing as a hobby and became addicted to creating characters and stories. Since then, she has won numerous writing awards for her paranormal romance and romantic-suspense fiction. Her debut novel, She Can Run, was a number one bestseller in Kindle Romantic Suspense, a 2011 Best Book Finalist (The Romance Reviews), and a nominee for the 2012 International Thriller Award for Best First Book. She is the author of the Midnight Novels, including Midnight Exposure (a finalist for the Daphne du Maurier Award for Excellence in Mystery/Suspense) and Midnight Sacrifice.