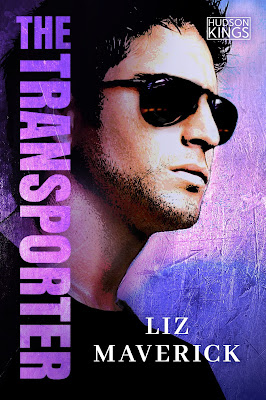 Shane Sullivan, a.k.a. the Transporter, channels his need for speed into top-secret delivery runs for the Hudson Kings, an elite band of mercenaries. His precious cargo has never talked back—until now. He’s riding to the rescue of his fellow team member’s sister, who’s fleeing her abusive boyfriend. His job: steer clear of trouble and get her to New York City in one piece. But he didn’t count on her driving him to distraction. Now he needs to keep both hands on the wheel—and off his best friend’s sister.Cecily Keegan has a poor track record when it comes to falling for charming bad guys. So although she’s grateful for this hard-bodied wheelman’s protection, she’s terrified of listening to her heart, which has been racing since she got into his backseat. But when she learns that the danger is far greater than a possessive ex, she has to trust Shane—and the strength inside herself—to deliver her from evil.

Excerpt:
Shane sighed and adjusted his driving gloves. She was not what he’d expected.

Dexter’s sister was about ten years old in the picture on her brother’s desk back in Manhattan. Shane vaguely remembered a kid in overalls and sneakers, messy brown hair, and wide eyes, with her big brother’s arm slung around her shoulders.

What she looked like now shouldn’t have been a surprise, since she and Dex were still blue-eyed, brown-haired color copies of each other, except that Shane hadn’t factored in what it would look like when that ten-year-old waif turned into the twentysomething-woman version of her younger self.

One big difference was that she wasn’t smiling now like she had been in the picture. She was completely alone at an abandoned gas station, and she looked every inch a girl looking for life’s nearest exit: vulnerable, nervous . . . but luckily, like maybe the last bit of fire hadn’t been beaten out of her.

That fire hit him immediately—socked him in the gut when he got his first look at her trying to stand her ground. She appeared to have a lot of leg for her height, but she was tiny; a man could wrap his arms around her in a bear hug and she’d probably vanish from sight. She was pretty; he could see that even though she was a mess between the nasty bruise and the humidity. Shirt plastered against her showed she had a cute little bod that needed some extra meat. Whether she was on a diet to impress the asshole who beat her or the asshole made her lose her appetite, he knew she was far too light because he’d carried her to the car when she’d passed out.

She’d bolted before he could explain, and the next thing he knew, she was lying in his arms, her lip dotting blood where she’d opened an old cut, and her skin pale with fear except for the makeup blotches that weren’t fooling anybody. It was nothing to lift her over one shoulder, grab her suitcase on the way to the car, and be on his way. But now that he was on his way, he was beginning to realize this was not even close to business as usual, and he didn’t have the faintest idea what to do with her and all her . . . feelings. 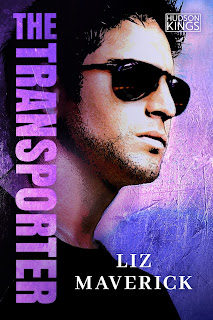 This was new; this was not welcome. Typical freight didn’t have emotions. Typical Shane didn’t either.

Her jag ended pretty quickly, so the sick feeling in Shane’s stomach at the sound of her quiet sobs didn’t stick around. “Sorry about that,” Cecily said, swiping at her tearstained face with her T-shirt.

Shane watched a slice of skin appear at her midriff as she pulled the fabric up; he tightened his grip and stared at the road.

“Did Dex tell you what happened?” she asked.

“He didn’t give me details. As he likes to say, it’s binary.” Some asshole treats you like crap, gotta get you out the mess. End of story.He didn’t need to know more. Didn’t want to know more.

“That sounds like my brother,” she said, and then blurted, “Short version: I told James it wasn’t working. He told me it was. So then I told him I was leaving. He told me I wasn’t. That’s how I got this. It’s the first time he ever hit me.”

A long pause. Shane looked in the mirror; she was staring out the window. He didn’t prompt. But it was clear she had no idea how much bigger this situation really was. She understood James was an asshole, but she didn’t know the one label didn’t even begin to cover it. That her entire relationship with that shit was just a setup to get intel on Dex and the rest of the Hudson Kings mercenaries.

She also didn’t know Shane suspected someone was watching when he went to pick her up. Unfortunately, when he’d had to run after her, he’d lost the mark: a white beater sedan.

All of a sudden, her eyes were back in the mirror, a sad, bewildered expression on her face. “I never would have thought I’d be the type. I never would have thought something like this could happen to me. But after he cut me down so many times . . . well, I guess I started to believe him. I know Dex is surprised I believed him. And he feels shitty he believed me when I said I was fine all those times.” Her cheeks flushed. “Anyway . . . do you hang out with him a lot in New York?”

“Yeah, I hang out with Dex when I’m in New York.” Shane watched, fascinated as his answer sparked a grin. Holy shit. Smile lights up everything around her. A total disaster, she’s still effing gorgeous. He ripped his gaze away, scowling. Dex’s sister. Just had a bad experience. Whole thing is off-limits, man. Even if you were up for something, which . . . You. Are. Not.

“Is something wrong?” she asked uncertainly.

“No.” He took his hands off the steering wheel and stick long enough to crack his knuckles and shake out his fingers, which had gone uncharacteristically stiff. No good driving tense. Shake it off. Sure, Shane’s priority was the big picture, the Hudson Kings mission to take down Yakov Petrenko, a.k.a. James Peterson, a Russian handler who was acting as the middleman for a
cell of Russian sleeper agents living in New York. Agents who were really good at pretending to be people they definitely were not. But, man, he wouldn’t pass up the opportunity to take a shot at James just for roughing up Cecily.

“Uh, are we driving straight through to New York, or is there any chance we could stop and, you know, shower and stuff?”

Shane grimaced. He was a drive-through-the-night guy. But this wasn’t a professional gig. The correct answer would be stop at a hotel on the way. That’s what you do. You stop so she can shower that asshole off her once and for all. So she can rest and fix her pretty face and put on some clean clothes and stop feeling like a pile of shit.

The problem was that he’d been driving hot since California, with a delivery sitting in his trunk destined for the Chicago area. On the one hand, if he had to make a stop anyway, he might as well give her an opportunity to shower and rest. On the other hand, Shane mused as he checked his rearview mirror, his gut was telling him to keep driving and avoid noncritical detours.

“You don’t really like having me in your car, do you?” Cecily asked.

“I don’t like having anyone in my car.” My car is a contained space that I control. She’s also my most loyal friend, my shelter from the storm, and I’m completely aware that sounds crazy, so I sure as hell ain’t going to say that out loud.

“What did Dex tell you?”

“He didn’t tell me anything except your first name. And that you’d be there when you were supposed to.”

“This is going to be a long ride to New York City,” Cecily mumbled. She leaned back in the seat and blew a strand of hair off her face.

Taking on Cecily Keegan violated every code in his personal playbook. If he agreed with nothing else that came out of her mouth, he’d have to agree with this: Oh, yeah. It was definitely going to be a long, long ride.

Author Biography
Liz Maverick is a bestselling, award-winning author and adventurer whose projects have taken her from driving trucks in Antarctica to working behind the scenes on reality-TV shows in Hollywood. Liz has written more than fifteen novels and is the creator of the USA Today bestselling Crimson City series, as well as Wired, a Publishers Weekly Book of the Year. She currently lives in Brooklyn, New York, and loves to stay in touch with readers via her website and newsletter at www.lizmaverick.com/newsletter.