Congratulations to Colleen C., Bn100, and LibraryPat, the winners in Trish's giveaway. Thank you to all who participated!

Do your character traits fit in with your sign of the zodiac? 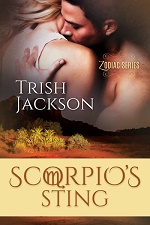 I know mine absolutely do. In my latest romantic suspense in the Zodiac Series, Scorpio's Sting, ICE agent Neelie Nelson is strong, commanding, intense, passionate and zealous. She does not easily forgive, and her deceased husband's unmitigated betrayal sits heavy on her shoulders.

Scorpio is the symbol of sex, and Scorpios are passionate lovers. Neelie literally runs into hunky Drew McBain, and their hypnotic personalities and magnetic intensity make for an exciting and thorny relationship.

After a terrible tragedy, heart-stricken anger and a brooding and passionate desire for revenge draws them together, but the problem is, their adversary is Cartel leader and drug kingpin Jose Marie Iglesias, the dominant power in Mexico, with billions of dollars and his own private army.

A lost boy and a loved one in mortal danger make their quest for revenge urgent and imperative.
Here's an excerpt from the first chapter:

Drew McBain’s eyes opened wide, and before he could do anything to stop her, a smoking hot blonde filled his arms. “Watch it,” he said.
She jerked her head up and yelped. “Oh no, I’m so sorry.”
“You should look where you’re going.” He held onto her longer than he should have. She smelled good, and he had just groped a delectable, firm breast. “I didn’t mean to . . .”
She ran her tongue over her lower lip, and for a moment their eyes met and held. The sudden intake of breath caught him by surprise.
“I’m sorry, again.” She held up the cell phone she had been checking. “My bad. I’m late for work.”
He released his hold on her, and watched her well-shaped ass until she disappeared into the darkness. Something held him there—some subliminal message that had passed between them compelled him to follow her. He stepped into the shadows. He shouldn’t have allowed her to get away. He rounded the corner to see her climb into her vehicle and slam the door.
“Wait!” he yelled and threw up a hand.
She didn’t hear him. He stared after her. “What the . . .?” He shook his head and blew out a long breath, unable to comprehend what had just happened. Elevated breathing and a curious sense of loss lingered as he headed into the Sand Swamp, where he had arranged to meet his friend, Dan Lemar for a beer after work. 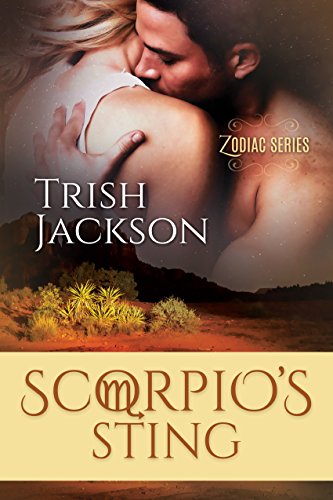 The strange feeling was still with him as he made his way to the far corner of the room. “You missed Neelie,” Dan said. “I told you she would be here, and not to be late.”
Drew slid onto a stool. The bartender pushed an icy mug of beer over the glossy counter to him. He took a long swallow, and stared at the doorway. “She split already?”
“Yup. Special Agent Cornelia Nelson. She’s as hot as a summer revival. If I wasn’t married . . .” Dan ran a hand through his short hair. “You might have even passed her on your way in.”
“I wasn’t really looking at anyone except the blonde who smashed into me. There should be a law against texting and running. What are the odds that would be her? What’s she doing in San Diego, anyhow? Doesn’t she live in Arizona?” The sensual message in those intoxicating eyes didn’t gel with his idea of how a law enforcement officer would act.
“Yeah. I told you when I called. She’s working undercover here on some secret assignment and I invited her for a drink. As it turned out, she couldn’t drink any alcohol because she had to go do whatever it is she does. If you’d been on time I would’ve introduced her to you. She had to leave in a hurry.”
“Hot blonde, about so high?” Drew held up his hand palm down. “Green eyes?”
Dan nodded. “Yup. That was Neelie.”
Drew’s heart jumped. “How long’s she gonna be in town?”
Dan grinned. “Let me guess. You want me to arrange another meeting.”
“If she’s the blonde, sure. Can you?” The way she looked, the way she smelled, and the delectable hormone-jerking feel of her breast in his hand. He could use more time with her.
“I’ll see what I can do. It’ll depend on her work schedule.


Trish Jackson grew up on a farm in Zimbabwe, Africa, which sparked a love of adventure and suspense, and being a romantic at heart, she writes romantic suspense. She moved to the U.S. in 1990, loves country living, horse riding, chocolate and all animals.
Website: http://www.trishjackson.com/
Amazon

Giveaway:
Trish will be giving away an ecopy of SCORPIO'S STING to three lucky readers leaving a comment or email.

Giveaway ends 11:59pm EST July 27th. Please supply your email in the post. You may use spaces or full text for security. (ex. jsmith at gmail dot com) If you do not wish to supply your email, or have trouble posting, please email maureen@justromanticsuspense.com with a subject title of JRS GIVEAWAY to be entered in the current giveaway.
Posted by Maureen A. Miller at 12:30:00 AM