I love novels that include both romance and suspense/thriller elements.  I like the extra depth it gives the story.  From the start, I envision the book being as much about the developing relationship between the hero and heroine as solving the suspense/thriller mystery.  There is intrigue in both.  How will the protagonists extricate themselves from danger?  Will the hero and heroine overcome their emotional problems and be able to forge a future together?  And though the reader may know the answer, the idea is to make the journey worth the read. 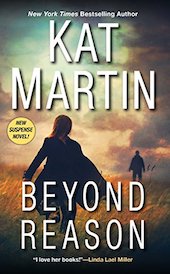 Beyond Reason is a slightly different book for me, a bigger novel in some ways.  Because the story deals with regular people not detectives, bodyguards, or anyone in the security business, trouble doesn’t start when a client with a problem walks through the front door.  The characters have to develop.  The stage has to be set.  The peril has to build.  It’s a big, bold adventure, and once it gets rolling, it’s high-action, face-paced danger I hope will keep readers turning the pages.
Beyond Reason is the first book of three.  It revolves around tough, self-made multi-millionaire Lincoln Cain as he clashes with his determined competition, Carly Drake.  The second book, Beyond Danger, involves Linc’s mega-rich business partner, former race car driver, Beaumont Reese.  Accused of murder, Beau desperately needs the help of lady detective, Cassidy Jones.  The third novel centers on Linc’s brother, Joshua Cain, a former Marine sniper returned to Texas to heal and find some measure of peace--which Josh does not get.
I liked the diversity of these three books, though there is a common element that ties them altogether, something I’ll let readers find out for themselves.

I hope you enjoy Beyond Reason and that you’ll watch for the other two books in my Texas Trilogy.  Until next time, all best and happy reading, Kat 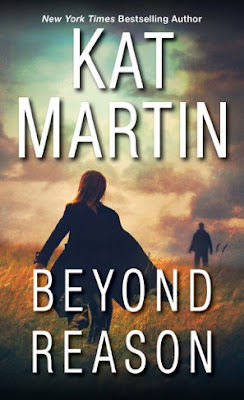 She’s determined to be successful--no matter who tries to stop her
Someone is willing to kill for control of Drake Trucking, a well-respected firm now run by a woman named Carly Drake.  Big money is involved.  And very big danger.
Multi-millionaire Lincoln Cain is determined to keep the promise he made her grandfather, the man who helped him change his life after he got out of prison.  Cain has vowed to protect Carly, no matter what it takes.