It was close to eleven, and the world felt quiet, waiting, breath misting from their mouths as they walked to their cars. Despite the pristine air, death clung to the fabric of their clothes, to their hair. It was inside their nasal passages and on their skin. It was a scent nigh impossible to get rid of, Maddocks knew from experience. Downstairs, O’Hagan and her assistants were winding things up. Their decedent had been through a rough time before she died from strangulation. 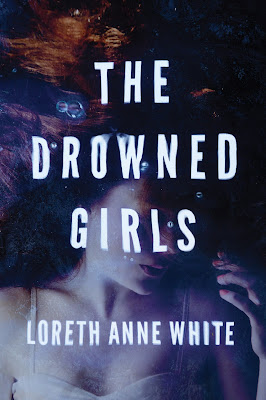 Inside the tarp cocoon O’Hagan had also found fragments of dried leaves, a few soil grains, and what looked like grass seed, plus sheep maggot evidence, which implied the victim had been dead on land and had possibly lain outdoors, likely under shelter, before going into the sea. This all might help narrow down location.

Establishing time of death, however, would remain tricky without the context of location and given the extreme below-freezing temperatures of late, which would have delayed the decomp process. As it stood, even in deaths with the same cause and identical environmental conditions, one body could show advanced putrefaction, while another could show little change, O’Hagan had explained. Maggot larvae could even go into a period of suspended animation if conditions did not warrant further development.

Once they’d opened up the body, things had taken a pretty standard timeline of around three hours for the rest of the autopsy. Tox, serology, entomology, odontology, and other forensic lab tests analyzing combings would obviously take longer, but they were being expedited, as per the ADAG’s direction. O’Hagan would start the Drummond postmortem at dawn and have a preliminary report for them later tomorrow.

“Anyone up for a late beer and steak at the Pig?” Leo said, pausing to light a cigarette. He inhaled deeply and blew out a long stream of smoke. It made Maddocks wish he still smoked. It was better than the stink of death. And he was on edge tonight, as if needing some kind of fix.

“Not me,” Pallorino said. “Been on over twenty hours straight. Need my sleep.” Her eyes met Maddocks’s in the dimly lit lot, and she glanced quickly away. She knew that he knew exactly why her sleep had been compromised and what she’d been doing last night when she’d gotten the call for Cemetery Girl.

“Catch you both at the butt crack of dawn, then,” Leo said. “My wheels are this way.” He hunkered down into his wool coat and headed around the building to another parking lot.

Pallorino made for a Crown Vic parked alone under a light standard.

“Angie?” he called after her.

She stilled, stood motionless for a moment, her back to him, car keys jiggling in her hand.

She turned. “We do?” Her complexion was pale in the parking lot light, a black woolen hat pulled snug over her sleek, dark-red hair. The scar across the left side of her mouth was shadowed in this light, and it offset her obvious fatigue, which gave her an oddly sexy badass appeal mixed in with a vulnerability. Goddamn if he didn’t find it appealing.

“Is this going to be a problem?” he said, coming closer.

“You, me.” He paused. “That club.” Wind gusted, icy, lifting a fine spray of crystals.

“There is no you and me, Detective,” she said quietly. “It never happened, okay? And it’s Pallorino.” She held his gaze. Unflinching.

He swallowed. Yeah, she really did it for him on all levels. Which gave him his answer—this was going to be a problem.

He surfaced two years ago. Then he disappeared.But Detective Angie Pallorino hasn’t forgotten the violent rapist who left a distinctive calling card—crosses etched into the flesh of his victims’ foreheads. When a comatose Jane Doe is found in a local cemetery, sexually assaulted, mutilated, and nearly drowned, Angie is struck by the eerie similarities to her earlier unsolved rapes. Could he be back?Then the body of a drowned young woman, also bearing the marks of the serial rapist, floats up in the Gorge, and the hunt for a predator becomes a hunt for a killer. Assigned to the joint investigative task force, Angie is more than ready to prove that she has what it takes to break into the all-male homicide division. But her private life collides with her professional ambitions when she’s introduced to her temporary partner, James Maddocks—a man she’d met just the night before in an intense, anonymous encounter.Together, Angie and Maddocks agree to put that night behind them. But as their search for the killer intensifies, so does their mutual desire. And Angie’s forays into the mind of a monster shake loose some unsettling secrets about her own past. How can she fight for the truth when it turns out her whole life is a lie?

Loreth Anne White is an award-winning author of romantic suspense, thrillers, and mysteries. She has won the Romantic Times Reviewers’ Choice Award for Romantic Suspense, the National Readers’ Choice Award, and the Romantic Crown for Best Romantic Suspense and Best Book Overall. In addition, she has been a two-time RITA finalist, a Booksellers’ Best finalist, a multiple Daphne Du Maurier Award finalist, and a multiple CataRomance Reviewers’ Choice Award winner. A former journalist and newspaper editor who has worked in both South Africa and Canada, she now resides in the Pacific Northwest with her family.