Top 5 suspense movies with a twist

Congratulations to "Colleen C.", the winner in Cindy's giveaway. Thank you to all who participated!

Do you like fast-paced books with twists and turns? Me too, that’s why I write romantic suspense. The faster my heart pounds as I’m writing, the easier it is to sleep at night. When I take a break from writing, I like to watch movies with unexpected endings.

As a kid, I watched AMC with old movies like Alfred Hitchcock’s Rear Window, a movie that started me on this twisted path. I know Hitchcock’s Psycho is considered #1, but Rear Window captivated me. I liked the unlikely voyeur. 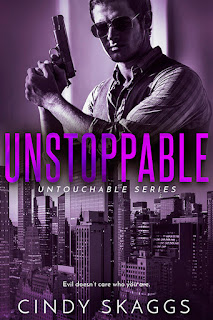 A hazard of writing suspense is the need to pick a movie apart and figure out the end before I get there. It drives my kids crazy. When a movie surprises me, it’s a keeper. I tend to go for the less obvious choices, because no fan of suspense likes predictability.

1) Seven (1995) with Brad Pitt and Morgan Freeman. My mother was a fan of the psychological thriller and often recommended serial killer movies. She liked the twisted as well. J “The price of sin is death.” With a serial killer using the seven deadly sins as his excuse to kill, Pitt and Freeman are out to find the killer before he finishes all seven. It’s the classic detective story. With a lovely twist.

2) A Perfect Murder (1998) with Michael Douglas and Gweneth Paltrow. It’s a remake of the classic Dial M for Murder, which was one of those movies I watched on AMC, but that didn’t keep me from enjoying every moment of this exciting thriller. “That’s not happiness to see me, is it?”

3) Shutter Island (2010) with Leonardo DiCaprio. It was one of the last movies my mom recommended to me. Honestly, I had to watch the movie twice. The first time to experience (talk about a rush) and the second time to really understand. “Do you understand? They can’t let you leave.”

4) Dead Again (1991) with Emma Thompson, Kenneth Branagh, and a surprise visit from Robin Williams who acts as the odd expert in reincarnation.  “You burn somebody in one life, they get a chance to burn you back in this one. It’s the karmic credit plan.” It’s a romantic suspense twisted in time.

5) The Secret Window (2004) with Johnny Depp. It doesn’t hurt that it’s Johnny Depp, but it’s the twist that blew me away. Let’s just say I didn’t ruin it for the kids because I had no idea. “The only thing that matters is the ending.”

I’m a simple girl. I like romance... with a twist. And the occasional dead body. 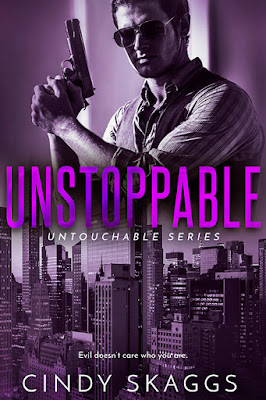 The body count is high for the opening of Unstoppable, when an ambush forces Mick Donovan and Destiny Harper into deep cover to protect a boy from an unrelenting drug lord.

Bad boy Mick Donovan is out to avenge his brother’s death, and aligning with Destiny Harper is his ticket. But landing in the mountains amidst a blizzard and a past Dez would rather forget tests what Mick will sacrifice for revenge.

Nerves fluttered through her chest like hummingbird wings. Had he really dreamed of this? Of them? Knowing he wanted her—had fantasized about her—grabbed her by the throat. She tilted her head to look him in the eye. His eyes were varying shades of amber, like a polished piece of tiger’s eye. Hard, like the stone, but with hidden pockets of dark and light. How had she never noticed before? How had he never drawn her in with the mesmerizing depth? The pupils were enlarged with desire and his lids dropped low. He licked his lips and her body clenched in response.

Screw it. Sometimes on a mission you had to improvise.

Decision made, she made the first tentative swipe across velvet skin. Muscle bunched and twitched beneath her fingertips. The Celtic sleeve wrapped around his shoulder and swooped down to circle one side of his massive chest. The dark ink lifted the skin slightly like reading braille. Dez paused, rubbed her thumb over the dips and ridges. It was exactly like reading braille. Mick’s emotions were literally on his sleeve, penetrating his skin like an ancient text. The man didn’t talk much, but his body art spoke for him. He had untapped depths which drew her as much as the muscles and the ink.

His body was every girl’s wet dream, but his heart was raw emotion. The tattoo was intricate, symbolic, showing anyone who dared to look close enough the soul of this interesting, complex man. She trailed her hands down his sides; let her thumbs smooth across his abs. They jumped beneath her caress, feeding a compulsion she couldn’t deny.

About Cindy:
Cindy Skaggs grew up on stories of mob bosses, horse thieves, cold-blooded killers, and the last honest man. Those mostly true stories gave her a lifelong love of storytelling and heroes. Her search for story took her around the world with the Air Force before returning to Colorado where she’s turning her lifelong love of storytelling into a career she loves. She has an MA in Creative Writing, three jobs, two kids, and more pets than she can possibly handle. She also plays the flute, makes crazy-good sculptures out of tortilla dough, and can wrangle the neurotic dog without getting mauled.

Giveaway ends 11:59pm EST May 2nd. Please supply your email in the post. You may use spaces or full text for security. (ex. jsmith at gmail dot com) If you do not wish to supply your email, or have trouble posting, please email maureen@justromanticsuspense.com with a subject title of JRS GIVEAWAY to be entered in the current giveaway.