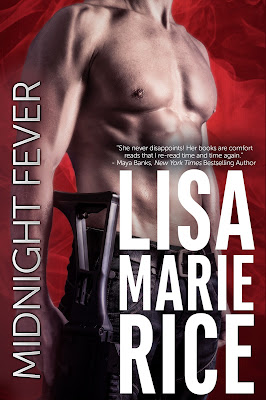 Nick Mancino always gets what he wants -- until now. Despite his seductive persistence, brainy, beautiful scientist Kay Hudson continues to elude him. However, Nick was a Navy Seal, and an FBI Special Agent, so giving up isn't an option.
Ever since that incendiary kiss they shared when Nick saved her beloved grandfather's life, Kay’s been having red hot fever dreams about Nick, but she’s got no business being tempted by anything. She’s on the verge of risking her reputation, her career, her very life, to blow the lid off a deadly bioweapons conspiracy, and Nick’s smoldering eyes, rock-hard body and hot, searching lips should be the very last thing on her mind.
However, with so much to lose, she deserves one blazing night of pleasure with Nick before she disappears forever.
But Nick won't let her face her demons alone . . . and they  will have to face down an enemy that could consume them...and the entire world.

Nick smiled as he drifted up out of sleep. Even before waking completely, he was smiling. Oh man, yeah. Who wouldn’t smile after a night like last night? And with a woman like Kay?
He drifted up, like a bird flying thermals. Usually he came awake in a rush, battle ready. It sometimes disconcerted his bed partners, but he was helpless to resist it. He and his teammates had been trained and trained hard to be ready for anything upon awakening. Ready for combat, ready to muster out, ready to face anything, you name it. The line of demarcation between the sleep state and waking state was paper thin and he could crash through it in a second.
But not right now. Even semi-awake, he realized there was no danger, there was only Kay.
It was later than he usually woke up, that was for sure. He remembered that the curtains in the room were drawn but even with his eyes closed, he could tell that the sun outlining the curtains was intense. He was usually up by dawn, but not today. God no. Today was going to be all about lingering in bed, maybe ordering room-service breakfast. Keeping his hands on Kay, kissing her, more than kissing her.
She was here for a conference, but she could miss the speeches. She probably knew more than the speakers, anyway. He wanted her in bed, with him.
The sex last night had been really intense, he should have been wrung out, but nope. He wasn’t seventeen anymore but his dick was hopeful, swelling awake, already at half-mast. With any encouragement from Kay…
He frowned, eyes still closed. No source of heat, no sound of breathing. His hand reached out and encountered cold sheets. Not hot woman.
That wasn’t right.
He opened his eyes, frowning. The room faced east and the curtains were framed with light, casting a soft glow over the hotel room. There was more than enough light to see by, and he could see that Kay not only wasn’t in the bed, she wasn’t in the room. That left one place she could be.
Nick rolled over in bed, ready to get out and go to the bathroom. Knock on the door. Suggest a shower together. But the bathroom door was completely open and he could see that there was no Kay inside.
A chill gripped his insides. He lay there, naked, a little pissed, fast becoming a lot pissed. Where the fuck was she? Had she gone downstairs without telling him? Maybe she had something to do and hadn’t wanted to wake him up. 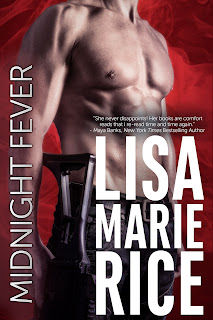 But damn it, this wasn’t just any morning.
The chill became ice when he went to the closet and discovered her purse missing and no suitcase. Nobody went downstairs with their suitcase unless they were leaving.
Goddamn. He’d thought they were past the hide-and-seek stage. He’d thought last night had, well…made them a couple.
The icy cold hid genuine hurt. Nick didn’t often get involved with his heart, but when he did, it was real. He’d lost his heart to her last night. Or, to be honest with himself, he’d lost his heart to her well before that, but last night confirmed she felt the same.
Or not.
Fuck.
Nick didn’t play games, and he thought Kay was the kind of woman who didn’t play games, either. They’d made what he thought was love all night, but maybe for her it had been hot sex and nothing more.
No!  He rejected that with every fiber of his being. It had been lovemaking and the affection had been mutual and he didn’t understand what the fuck was going on and it pissed him off hugely.
Goddamn.
He angrily pulled on his fine wool pants, slid into that elegant dress shirt he’d put on just for her when his natural habitat was jeans and a sweatshirt, neglecting the tie because he hated ties, thinking furiously all the while.
He was good at strategizing, planning, but Kay just…disappearing had him stumped. Was she expecting him to just let her go, as if nothing special had happened? Now that hurt. On the other hand, if last night meant so little to her, maybe his anger was misplaced. Maybe he should just let it go, let her go. Except it didn’t make any sense.
Well, he could call her. Play it cool. Hey babe, where’d you go? He’d keep his voice neutral, totally down with her disappearance. Sure, you can vanish without leaving a word, fine. How about dinner again tonight?
He picked up his cell and it rang in his hand.
Kay.
All notions of playing it cool fled from his head.
“Kay!” he barked. “Where the hell are you? Why did you—”
“Nick.” Her voice was shaky, raw, hoarse. “Help.”
About Lisa Marie Rice
isa Marie Rice is eternally 30 years old and will never age. She is tall and willowy and beautiful. Men drop at her feet like ripe pears. She has won every major book prize in the world. She is a black belt with advanced degrees in archaeology, nuclear physics, and Tibetan literature. She is a concert pianist. Did I mention her Nobel Prize? Of course, Lisa Marie Rice is a virtual woman and exists only at the keyboard when writing romantic suspense. She disappears when the monitor winks off
Posted by Maureen A. Miller at 12:30:00 AM