What Bonanza & Gunsmoke Taught Me About Romance 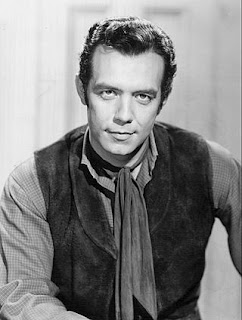 I loved Bonanza as a kid. Okay, I admit that I had a secret crush on “Bad Boy” Adam (a young Pernell Roberts). The show had a great cast with awesome chemistry. But introduce a woman… Oh boy, you could take bets on how long she’d be alive. Of course, the alternative to death was that she was a con-artist or being chased by an insanely abusive husband. Women were sort of like the red shirts on Star Trek–especially if they were in the landing party. BUT after fourteen seasons of Bonanza none of the brothers EVER got the girl.

Bonanza was on television for 431 episodes…fourteen seasons (1959 to 1973). Next to Gunsmoke (1955-1975), it’s one of the longest running westerns (or TV shows). And who didn’t secretly wish for Marshal Dillion and Miss Kitty to get together? Just for fun here’s a young Toby Keith singing I SHOULD’VE BEEN A COWBOY with a first verse dedicated to the couple (or non-couple).

BUT BUT BUT…even Toby Keith is wishing to ride away into a sunset alone! What?! Seriously?! It must be a guy thing. An idea about…? Nope…not a clue. Hey, I love cowboys–especially Texas ones. I write about them and their sense of honor and how hard they love. After all, I was raised on cowboys. My parents (and grandparents) watched Gunsmoke and Bonanza religiously. Throw in John Wayne and Doris Day --that was my childhood. But unlike the song, all of my cowboys find their HEA.

After years of reading fiction, watching long-running television shows, and life in general… Well, I learned that I need character growth. Wait, did that answer surprise you? But it’s the truth. A character who doesn’t ever commit in a relationship isn’t connecting, they aren’t growing. And unfortunately, may end up after fourteen seasons a LOT older…and still alone. So as a reader (or watcher of television) I need emotional growth, a character who’s bigger at the end of the story than at the beginning. As a writer…that’s the goal.

Man oh man, I do love Happy Endings!
~ ~ ~
Guarding clients is easy. Avoiding their match-making Grammy is another story.
the BODYGUARDS IN HEELS series 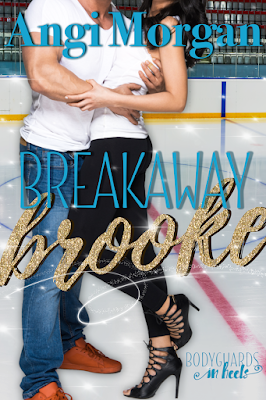 But the game turns deadly when someone’s goal is to put Deacon in the penalty box....permanently.
~Try the series ~
HALLIE | CARRIE | BROOKE | EMMA

USA TODAY bestselling author ANGI MORGAN, combines Texas settings with characters in realistic and dangerous situations. Bodyguards in Heels is a mash-up of her favorite things to read: a little comedy, a little suspense, a little woo-woo and a lot of love. She packs up her husband and rescue dogs for road trips to locations she’s writing about. They have a goal to travel roads they’ve never traveled and find the best pie in the Lone Star State. Contact her via her Website or other social media. Check out my newsletter or my monthly Giveaway. 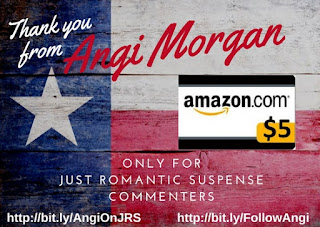 Leave a comment to be entered for the $5.00 Gift Card (international drawing ends 4-8). Enter the Rafflecopter drawing for your chance at an additional prize (ends 5-1).

Do you think Marshal Dillon and Miss Kitty were a secret couple?