Swinging for the Fences

Congratulations to "Mary P.", the winner in J.L.'s giveaway. Thank you to all who participated!

Writing's how I cope with the feelings I can’t contain and characters I can’t silence. My name is J. L. Lora and I’m a newbie author.

Characters show up at my door, whisper lines, and play full scenes before my eyes. I used to try to fight it but these days, I shrug, say okay, and assign them a number in the batting order. I’m Dominican, baseball analogies are part of my deal. Sometimes I can put the characters down in the line-up, but other times they must be written now and I must yank the characters/book on deck and go with a designated hitter. To be clear . . . my characters designate themselves.

Carissa and Alec, the main two characters of my novel, Boss , were just like that. These two people in a crazy situation, who are probably the worst people for each other, showed up at my door and were like: write our story now.

On March 6, my book debuted like a sunny spring Opening Day. Boss is braving a world of reviews and mingling with other genres on the digital world. I don’t know how the world will receive it, but my fondest wish is that you'll love it.  But to me, who spent so many years dreaming of this moment, Boss is already a walk-off home run in game seven of the World Series. I’m rounding third while my family and friends wait with opened arms. 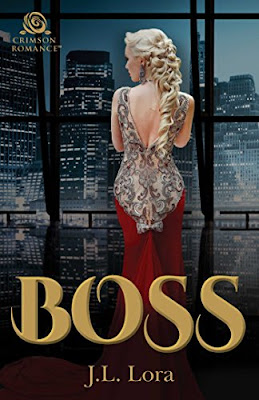 Determined to avoid the violence that claimed her family and friends, Carissa Elliott flees her hometown with a dangerous plan. She has proof that Calum DeMateo killed her father—now she just has to catch him. To do so, she’ll have to transform herself from small-town ingénue to New York crime boss.

When her path crosses with Alec McLean, the sexy stranger with whom she once shared a steamy nightclub kiss, things take an unexpected turn. Alec heads his family’s criminal organization, the kind of made man Carissa should want nothing to do with. But he also has a plan to take down Calum, and the flames that flicker between them are irresistible.
Will their vengeful quests jeopardize their chance at lasting love?

“If you’re not going to dream big, why dream at all?”
She wanted to facepalm as soon as the words left her mouth. Her insides squirmed like the first time she’d tripped in heels—at her junior prom, in front of the whole school. Carissa's gaze dipped to the floor. How naïve she must sound.
When she looked up, their eyes met again, and there was no teasing in his. No, he looked at her like he’d zoomed a lens and magnified her. He reached for her chin, his long fingers settling on her jaw. "I love your eyes." His voice dropped to a hoarse whisper, his thumb brushing over her lower lip.
Carissa's pulse galloped in her chest and chased away her breath, his touch leaving a ball of need in its wake. Indulging was not an option. Not when she’d just put her mother in the ground, not when a fake Michael Corleone back home was trying to get in her pants, not when she was so vulnerable she couldn't trust her judgment.
She leaned into his touch anyway.
"They're just regular."
"No, I don’t think anything about you is just regular." His voice was a silk rustle. "I don't kiss fictional characters. Tell me your name."
She couldn't let him kiss her. She told herself to get up and go but couldn't stop staring at his full lips and wondering what they would feel like pressed against her own. "Carissa," she heard someone say, not recognizing her own voice.
A smile bloomed on his lips, spread into his eyes. "Carissa." His voice rasped over her name in a lazy stroke. "I'm Alec."
"Alec," she repeated, drowning in his eyes. His mouth descended toward hers, and her lips parted, protests dying in her throat.
He captured her mouth, no hesitation or uncertainty. She tasted bourbon and something else that made her knees go weak. One hand slid over her jaw, all the way to the back of her neck. Heat seared her skin wherever he touched. His tongue flicked over hers, causing the blood to rush in her veins.

About the author:
As a child, J. L. Lora told stories to her family and friends and wrote fiction about historic figures. Today, her stories explore the dark side of good characters, people who are backed into corners and how they react to it. She loves strong heroines and their equally powerful love interests. She currently lives in Maryland while pursuing her dream of writing compelling, sexy, can’t-put-down stories about empowered, badass heroines and take-your-breath-away heroes.

GIVEAWAY
I am thrilled to be here at Just Romantic Suspense. As a token of my appreciation, I am giving away a digital copy of Boss and a $5 Amazon gift card.


Giveaway ends 11:59pm EST April 15th. Please supply your email in the post. You may use spaces or full text for security. (ex. jsmith at gmail dot com) If you do not wish to supply your email, or have trouble posting, please email maureen@justromanticsuspense.com with a subject title of JRS GIVEAWAY to be entered in the current giveaway.
Posted by Maureen A. Miller at 12:30:00 AM