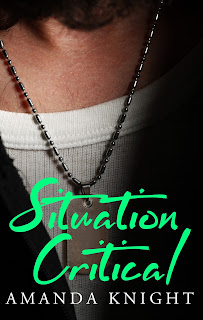 I am thrilled to introduce my debut novel, Situation Critical!  The seed for the idea of Situation Critical came when I stumbled across an article about Sarbi, an Australian special forces explosives detection dog that spent almost 14 months missing in action in Afghanistan - she is my inspiration for Finnegan, Situation Critical’s canine hero!

My research for this book showed me a kaleidoscope of experiences borne by our service men and women, both by those at the frontline and those in support roles. The stories were often heart-breaking, but at the same time, showed how our capacity for hope, and the offer of even the smallest acts of kindness, generosity and compassion, can lighten even the darkest moments… all of which I hope you feel when you’re absorbed within the pages of Situation Critical! As Nate and Beth search for Finnegan, and their relationship develops, against all odds, so does the threat to their lives…  I do hope you love their story as much as I enjoyed crafting it! 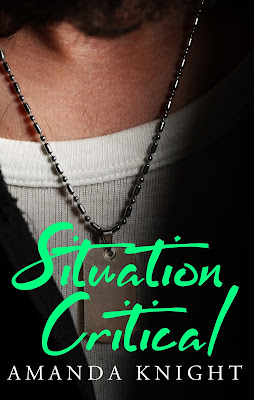 A taut debut novel about a wounded soldier, a courageous doctor, and a dog in desperate need of a rescue
Soldier, surgeon, traitor, dog…
When Sergeant Nate Calloway is carried into the field hospital with no memory of how he got there or where the other members of his unit are,  Australian army surgeon, Captain Beth Harper cares only about repairing his broken body. But it’s clear that something went terribly wrong on the other side of the wire, and as Nate slowly recovers, he becomes more and more anxious to return to duty, go back into the field, and rescue his friends, his unit, and the bomb detection dog that he loves.
The only way Nate can be released to active duty is if a doctor agrees to accompany him, and Beth surprises everyone by volunteering. Her role is to monitor Nate and take him right back to hospital the instant that his health deteriorates enough to put their rescue operation at risk. But as she stays close, she finds herself inexplicably drawn to his courage, his determination, and his commitment to his fellow soldiers.
Instead of a straightforward recovery, however, Nate and Beth soon realise they’ve stumbled on a tangled web of deceit and danger, and the enemy is no longer outside the wire. He is one of their own, a traitor, and he has them in his scope.
Excerpt:
She assessed the flinch site again, pressing gently around the area she’d scratched. Her fingers felt like warm rays of sun sliding over his skin, her breath on his neck soft, sexy. Christ. He somehow stayed mute and resisted shoving her hand off his arm.
After what seemed like two lifetimes, she looked convinced his arm wasn’t about to drop off, and stood, faced him. ‘Okay. Well, let me know if it gets worse, or the sensitivity flares again,’ she said, searching his face, rolling down his sleeve.
‘Thanks, but you’re done here.’ He snatched his arm from her hand and shoved the remaining shirt fabric down to his wrist. ‘I mean, I’m done. Listen, Doc, I like my space, and you’re in it. Can you just move over there a bit?’ He pointed to the furthest corner from him.
He’d just been a total arse, but it had to be done, for both their sakes. Truth of the matter was, when any part of her came into contact with any part of him, he felt like he’d been hammered with an electric rod. And if the heat in her face while she inspected his arm was anything to go by, she felt it too. Not good. Not good at all.
Her expression changed from concern to caustic in a heartbeat.
She stayed exactly where she was and sucked in a chest full of breath. The intensity in her glare enough to shatter a frigging missile.
‘Unfortunately for you, Sergeant, your space is what I’m responsible for, so no, I can’t move. You’ll have to get used to me being here.’ She waved her arms around them in a circle. ‘Just think of me as your new damn shadow.’ She snapped the lid back on the syringe before taking a step closer to him. ‘Is that going to be a problem for you?’
Well shit, she was definitely more hard-arse than honey. He could tick that question off the list.

Bio:
Raised in suburban Sydney, as a child, Amanda loved to escape the bright lights and bustle, and visit the home of her mother’s rural roots, deep in Sydney’s Blue Mountains or historical Bathurst, the dusty cattle country her father’s family hails from. The ramshackle farmhouses, and wonderfully unique characters (both animal and human!) along with paddocks fringed with mysterious bushland, provided an endless canvas of sensory delights, and unending fodder for her writerly imagination … and still does!
Intrigued by the machinations that motivate human behaviour, particularly crime, for as long as she can remember, and a little partial to a man in uniform, it seemed only natural Amanda study psychology and marry said man in uniform!
When she’s not writing about psychopaths, soldiers and police officers, or love and loss in small town communities, Amanda fills her cup in the field of people and culture development.
Amanda resides in a beautiful beachside suburb in Sydney, Australia with her husband and children, a cranky (but lovable) Ragdoll cat and the most gorgeous Golden Retriever dog that ever lived.
Posted by Maureen A. Miller at 12:30:00 AM