Suspense, Romance, and a Love of Hawaii

Congratulations to "Mary P.", the winner in Melissa's giveaway. Thank you to all who participated! 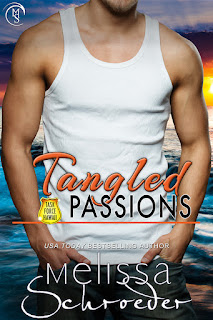 A big THANK YOU to Just Romantic Suspense Blog for having me today.

Many people know me for my Harmless books that are mostly set in Hawaii. So, when two characters, Del and Emma (Seductive Reasoning, Book One TFH), popped up in A Little Harmless Rumor, I knew I had another Harmless spinoff. Task Force Hawaii was born.

In the first three books, I covered a serial killer, a cold case, and computer hacking espionage. Now, in Book Four, Tangled Passions, we have another serial killer, but one who is hunting men through a dating site.

Drew and Cat, the hero and heroine of the book, are mismatched, at least on the surface. They have a past and it does color how they work together now. It was so much fun to write their HEA and learn more about them!

Even paradise has a dark side…

Working with local, state, and federal agencies, the men and women of TASK FORCE HAWAII work on cases ranging from bank heists to terrorism. A diverse team filled with ex-military, law enforcement, medical, and technical support, they are Hawaii’s last defense against the worst criminals.

All books are standalone although it increases your reading pleasure to read the others. 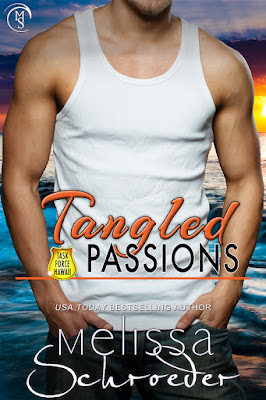 Facing an obsessive killer proves to be easier than falling in love.

The last person Drew Franklin wants to work with is Cat Kalakau. Their history makes it difficult being in the same room, let alone being joined at the hip during a case. Months ago, they’d shared a night filled with romance and a bit more, but that ended after he was shot. Since then, even their friendship seems to have fallen apart. But he will do his job, even if spending more time with her is killing him.

Working with Drew every day reminds Cat she’s to blame for his injury. It doesn’t matter that she wants him more than her next breath, or that every time he looks at her she melts into a puddle of lust. She needs to resist her own desires to protect him as they hunt a serial killer targeting wealthy men signed up for dating services.

Soon though, their time together proves to be too much.  One fight leads to a kiss, which leads to so much more.  Neither of them is prepared for the overwhelming need they have for each other or the connection they seem to have. But when Cat realizes Drew is the object of the killer’s obsession, she will do anything to protect him even if it means sacrificing her life for his.

Giveaway:
One lucky reader leaving a comment or email entry can win a $25 gift card to ebook retailer of their choice (Amazon, Kobo, BN, or Ibooks).

About Mel:
From an early age, USA Today Bestselling author Melissa loved to read. First, it was the books her mother read to her including her two favorites, Winnie the Pooh and the Beatrix Potter books. She cut her preteen teeth on Trixie Belden and read and reviewed To Kill a Mockingbird in middle school. It wasn’t until she was in college that she tried to write her first stories, which were full of angst and pain, and really not that fun to read or write. After trying several different genres, she found romance in a Linda Howard book.

Since her first published book, Grace Under Pressure, Mel has had over 60 short stories, novellas, and novels published. She has written in genres ranging from historical to contemporary to futuristic and has worked with 8 publishers although she handles most of her publishing herself. She is best known for her Harmless and Santini series.

After years of following her military husband around the country and world, Mel happily lives with her family in horse and wine country in Northern Virginia.

Want to know more about Mel and TFH? Stalk her on the following social media sites:

Join her NEWSLETTER for free books and important exclusive info!
Posted by Maureen A. Miller at 12:30:00 AM