If I Could Do It Over Again

Congratulations to 'Taurus', the winner in Nancy's giveaway. Thank you to all who participated!

It is such a pleasure to be back on Just Romance Suspense. In my new release, The Eyewitness, I dipped my toe into the world of forensic science. And when I say dipped, I mean only the tip of the toenail. What a fascinating field. I’m going to say this only once in my writing career. If I could go back and do it all again, I would seriously improve my math skills, study subjects like biology, chemistry, physics, physical anthropology and computer science – all to prepare myself for a career as a forensic specialist. Yes, it’s true, I found my definition of dedication, patience and persistence in this amazing group of unsung heroes, and an envy to be one of them.

But I can talk about my new found respect all day. That’s not why I’m here. I want to introduce you to my heroine, forensic specialist, Emersyn D’Azzo and the man who she can’t ignore, her father’s younger, sexy partner, Detective Alec Pearce. On the surface, these two are like oil and water, but I took a closer look, and gave them a shake or two. They mix just fine. 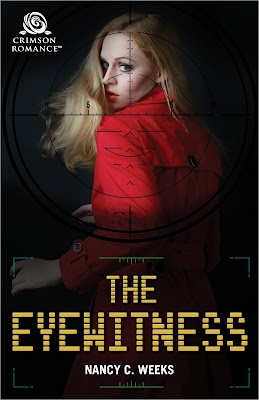 Fans of TV’s Blue Bloods will love this dynamic new suspense series.
Maryland PD forensic scientist Emersyn D’Azzo has an explosive past with her father’s younger, sexy partner, Detective Alec Pearce. Then an ill-timed kiss destroys the thin line of trust between her and her dad, just before tragedy strikes and someone guns down her father.

The fatal bullet turns out to be tied to the ongoing spree of random sniper kills across the state, but Emersyn knows this wasn’t a random act of violence and is determined to find the killer.

To do so, she’ll need to rely on help from Alec, whom she doesn’t quite trust but just can’t resist. When they discover a connection to a decades-old disappearance of a college student, their investigation takes a deadly twist. Can they learn to trust each other with their hearts to save their lives?

Excerpt for The Eyewitness-longer version: Enjoy!

Emersyn D’Azzo gulped her frozen margarita, the cold rushing right to her head. The brain freeze didn’t bother her half as much as who was heading her way. Ted McJerk hit on her every time she stepped foot in the popular cops’ hangout, Grayson’s Tavern. And just her luck, he made a beeline through the crowd the instant he spotted her.
“Just keep moving,” she whispered under her breath.
“That’s not happening. Put that guy in his place,” Tessa D’Azzo ordered, sticking her straw into her sister’s drink. “His offensive jokes make me gag. Where’s your backbone?”
“You dragged me here. You do it.” She threaded her fingers through her short waves. “For one night, what I would give for a drama-free zone. I don’t want to hurt the guy’s feelings.”
“He doesn’t give a damn about yours.”
“Be nice, Tessa. He’s socially awkward. With all your background in behavior science, I’m sure you’ll say the right thing.”
Her sister let out a loud grunt. “I thought you wanted to be self-reliant.”
Before Emersyn could reply, a heavy arm landed around her shoulders.
“Emmy,” Ted said and took a disgusting sniff of her hair. “Man, oh man, you’re fine tonight.”
His gaze roamed slowly down her body, his eyes almost bulging out of their sockets. She glanced down to make sure she was still wearing clothes before shrugging his arm off her. “I’m having a drink with my sister, Ted. This isn’t a good time.”
Ted edged in closer. “You can take a few moments for one dance.” He eyed Tessa. “You don’t mind if I borrow your sister, do you?”
“But I do.”
The deep, masculine voice sent an arousing jolt right into Emersyn’s core. And damn it to hell, her mouth went dry, making it impossible to swallow. She fingered her straw then took a deep drink. This time she welcomed the burning chill against her lungs. Detective Alec Pearce had a knack for showing up at her worst moments. Why the hell was he here?
Ted moved away from her as if he’d been burned. “Alec, good to see you.”
“You do know you’re hitting on my partner’s daughter, right, Ted?”
“Just asking her for a dance.”
Emersyn glanced between the two; she actually preferred Ted’s company to the man who seemed to go out of his way to make her crazy.
Alec reached for her hand and set it in his palm. “Actually, she promised this dance to me. They’re playing our song.”
The muscles in her body tensed as her fingernails dug into his skin. “I don’t—”
“Music is on, Em. Shall we?” His other hand went around her waist, and he gave her a swift yank.
“Jerkball, let go,” she hissed in his ear.
His grip tightened. “It’s just one dance. Play nice.”
Alec escorted Emersyn to the small dance floor near the bandstand. Every instinct in her wanted to slap his arrogant expression right into next week, but that would make a scene. It was what half the bar expected the instant he got within striking distance. They were all waiting for her to let loose. But this was a new day, a new diploma, new job, new Emersyn. Emotions in check.
“My name is Emersyn. I would think you would remember something so simple.”
Alec’s face lit with a grin as his arms brought her close and their bodies began to move to the music. She shot a glare at Tessa, pleading for her to do something. Instead, her sister, the traitor, took another sip of Emersyn’s drink, lifted it in a toast, and rotated in her seat.
A chuckle came from deep in Alec’s throat. “Tessa likes me. You can thank me now.”
“I can also knee you where the sun doesn’t shine.”
He lifted her chin with his thumb. “Now that wasn’t nice. I sacrificed a night with that blonde”—he nodded to a beautiful woman sitting at the end of the bar—“just to keep Lecher Ted from hitting on you … again.”
“What makes you think I needed rescuing?”
“Oh please, Tessa, make the creep go away. I’m ever so sweet and don’t want to hurt the poor jerk’s feelings.”
She yanked out of Alec’s hold, but he was ready and moved her back into his arms without missing a beat.
“Relax. I’m teasing.”
“You are such an ass.”
His lips brushed over her ear. “Enjoy our moment, Em.”
Impossible. They had more layers of misunderstanding between them than her mother’s chocolate cake, heated words that couldn’t be unheard and arguments with no closure.
After her father had mentioned at dinner that Alec was joining them for dessert, she’d jumped at Tessa’s offer to buy her a drink at the tavern. It was the perfect place to hide out. A lone wolf like Alec wouldn’t be caught dead in the crowded, noisy bar. But here he was. She’d run but not far enough.
“I’m sorry I missed your graduation ceremony, but I have a little something for you,” he whispered.
“You didn’t need to do that.”
“I’m proud of you.”
The words sounded so genuine. “Dad seems resigned to the idea of me at least working alongside cops, if not as a cop.” 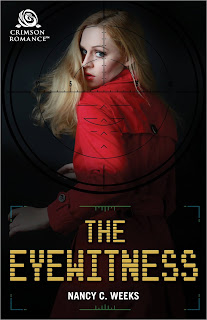 “Joe doesn’t want you anywhere near the job. But you found a way around that. Instead of crawling in the gutter looking for the worst mankind has to offer, you’re picking through what they left behind.”
She halted in the middle of the dance floor. “You think that’s why I became a forensic scientist?”
“I didn’t mean it like that.”
“Then what did you mean?”
The music stopped, and they stood still, glaring at each other. Our thing. “I can’t do this tonight,” she said, dropping her hand to her sides. “Thanks.”
“For?”
“Saving me from another go-around with Ted.”
“Do you want me to talk to him?”
“I can take care of myself.”
For once, there was no comeback. Instead, he eased her against him and tucked her hand over his heart. “Dance with me, Emersyn.”
That sexy, got-to-have-you-now voice was back, and her other four senses came out to play. Being close to Alec Pearce, taking in his spicy, clean soap scent, feeling the strength of his arms around her wasn’t an awful feeling. Confusing? Hell yes, but her body sure enjoyed it. It’s just a dance, right?
She lowered one hand to his hip and brought the other around his neck, her cheek resting against his. Alec tightened his grip around her waist as he spun them around the dance floor. The move put their bodies in sync, and there was no mistaking the effect she had on him. Her lips brushed against his skin, sending shock waves through her.
He sucked in a breath and tilted his head. Their gazes held for what seemed like an eternity. He was so damn gorgeous, his deep brown eyes with a hint of gold, lush lashes, and a dusting of five-o’clock shadow on his square jaw that she ached to feel rubbed against all her soft places. As if he read her mind, his mouth caressed her bottom lip. He waited, expecting her to pull back. Need took over, and she lost her mind.

Giveaway
My simple pleasure is sipping my favorite coffee while reading a great book. I’m passing that on to you. Answer the question below for a chance to win a digital book from my backlist—including The Eyewitness, and winner’s choice of a $5 Starbucks or Teavana tea gift card.

Giveaway ends 11:59pm EST March 16th. Please supply your email in the post. You may use spaces or full text for security. (ex. jsmith at gmail dot com) If you do not wish to supply your email, or have trouble posting, please email maureen@justromanticsuspense.com with a subject title of JRS GIVEAWAY to be entered in the current giveaway.
Posted by Maureen A. Miller at 12:30:00 AM