Finding Home When You’re On the Move

Congratulations to "Trish", the winner in Michelle's giveaway. Thank you to all who participated!

As a kid, I moved around a lot… we’re talking from one side of the country to the other and back again! And our family always drove across Canada to our new homes, which meant long and painfully boring stretches of driving time through provinces like Saskatchewan and Manitoba (no offense to those provinces, they have many beautiful areas! It’s just driving straight through that’s a beast!). You’d think that we’d all want to wring each other’s necks by the time we made it through 30+ hours of driving from Montreal, Quebec to Edmonton, Alberta, for example. Not to mention that all our family vacations involved driving, too—back across the country to visit family, or eighteen hours of driving to reach Florida, and further! 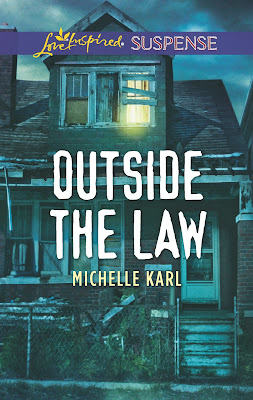 How did we survive?! While I was writing OUTSIDE THE LAW, I thought a lot about what it means to be displaced, to lose your home or to not have your home accessible for long periods of time—about what it feels like to leave what you thought was home and discover that your new place, or a new person, is what truly makes a “home.”

On our cross-country moves, I think my family managed to get through the outrageously long drives and the limbo between houses because a living space isn’t what “home” actually means. We had each other, we trusted each other, and that’s what made it possible to endure the uncertainty and the constant disruption of moving from one place to another.

For my main characters Yasmine and Noel, they have to learn the same lesson. Yasmine has recently moved to rural New York state from the fictional country of Amar (savvy readers will recognize that this country made its first appearance in my previous book!), and Noel has just completed his twenty-one weeks of training at Quantico at the FBI Academy. That means neither of them really feel like where they are is “home,” and when Yasmine is forced to go on the run—with Noel by her side to protect her—neither she nor Noel know who to trust except for each other.

They can’t go “home” and yet they don’t truly have a location to call home in the first place… all they have is one another. And let’s face it, when it comes to romantic suspense, characters have to learn to trust each other over the course of the story! Yasmine and Noel have to learn that “home” isn’t about places or things, it’s about the ones you love. But when you’re feeling out of sorts and disrupted with no true place to rest your head, that’s a difficult lesson. I relate all too well!

We always cite that clichéd adage, “home is where the heart is,” but let’s face it… it’s become a cliché for a good reason.

Have you ever felt displaced, or have you moved around a lot? What was it that finally made you feel “at home?” Share with me in the comments! 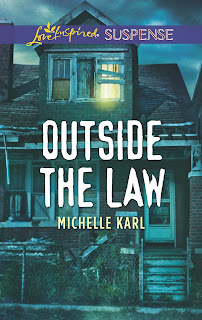 Commenters will be entered into a giveaway to win one copy of OUTSIDE THE LAW!

When her apartment is besieged by masked gunmen, Yasmine Browder's convinced it's tied to her investigation into her brother's "accidental" death three weeks ago. Narrowly escaping, she flags down the car of a passerby she thought she'd never see again—her childhood crush. Unlike the local police, newly minted FBI agent Noel Black doesn't believe the attack is a coincidence, especially when the attempts on her life don't stop. Yasmine's onto the truth about her brother, and someone powerful wants her dead. With nobody to trust and just days out of training, Noel must find a way to keep her alive…because now that he's found Yasmine, he refuses to lose her again.

About the Author
Michelle Karl is an unabashed bibliophile and romantic suspense author. She lives in Canada with her husband, a co-dependent cat, an unflappable bunny and an opinionated parrot. When she's not reading and consuming copious amounts of coffee, she writes the stories she'd like to find in her 'to be read' pile. She also loves animals, world music, and eating the last piece of cheesecake.
Visit her at www.michellekarl.com, on Facebook (https://www.facebook.com/MichelleKarlAuthor), or Twitter (https://twitter.com/_MichelleKarl_)!

Giveaway ends 11:59pm EST March 18th. Please supply your email in the post. You may use spaces or full text for security. (ex. jsmith at gmail dot com) If you do not wish to supply your email, or have trouble posting, please email maureen@justromanticsuspense.com with a subject title of JRS GIVEAWAY to be entered in the current giveaway.
Posted by Maureen A. Miller at 12:30:00 AM