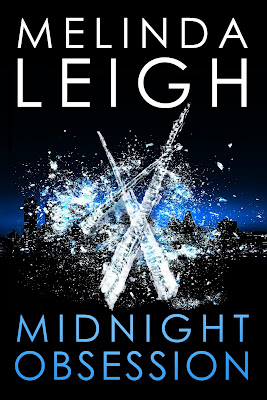 When a mysterious package lands on Louisa Hancock’s doorstep, the Philadelphia museum curator can hardly anticipate the nightmare that’s about to envelop her. The package is addressed to her father—an expert in Viking culture—and inside is a ninth-century sword, a chilling thank-you note, and photos of two dead bodies in a tableau evoking a Nordic funeral. The gruesome images match a recent crime scene. But before the police can investigate the killer’s connection to Louisa’s father, Ward Hancock vanishes.

Sports bar owner Conor Sullivan wants nothing more than to spend his life with Louisa. Devoted and protective, he refuses to leave her side after her father’s disappearance. When a troubled young boxer he’s been coaching is suspected of the murders, Conor is pulled in even deeper. Desperate, Louisa and Conor take it upon themselves to find her father, but soon another ritualistic slaying makes it clear there’s a Viking-obsessed serial killer on the loose. And he has a new target: Louisa.

Louisa escaped into the bedroom.

Conor followed her. Kirra’s collar jingled as she raced in and jumped onto the bed. The minute the door closed, Louisa dropped onto the bed and hugged the dog. Conor headed for the bathroom and started the shower.

Her shoulder burned as she drew her T-shirt over her head. She must have pulled a muscle in her struggle to escape. “I don’t have a long-term solution in mind.”

“I’m not sure the city will ever be safe for them again. At least not as long as the Sixes are a force.”

She dropped her T-shirt into the hamper, and lifted the elastic band of her sports bra. Wriggling, she wrestled it upward, the struggle to get it off nearly bringing tears to her eyes.

“Let me help. Raise your arms.” Conor eased the bra off her rib cage and over her shoulders.

“Thanks.” She let him undress her. The crying jag hovering just behind her eyes already embarrassed her, and it hadn’t even happened yet. She couldn’t hold it off for much longer.

“You know I’m always happy to help you with anything.” His gaze skimmed the puckered scar on her rib cage before lifting to meet her gaze. His eyes were full of sympathy and anger, but all he said was, “Do you need help with your pants?”

“I think I can manage those.” Ow. At the time of the attack, she’d been so flooded with adrenaline and focused on getting away that she hadn’t realized the man had held her face so tightly. But a bruise on her cheek and a sore shoulder were the least of her worries. She wriggled out of the pants and went into the bathroom.

The bright lights highlighted red marks across her biceps and cheek. She glanced over her injuries with a detached view as she pinned up her hair. By tomorrow, bruises would mark the places her assailant had gripped her.

The fact that she’d been attacked, that someone had tried to kidnap her, couldn’t compare to the fear she felt for her father. Tonight’s assault might give her a lingering nightmare or two, but the reality of the here and now was that she was alive and well while her father was still missing.

What were the chances that he hadn’t been killed?

“Do you want company?” Conor was in the doorway. His gaze raked over her injuries, but he blinked the grimness from his eyes and moved behind her. His arms came around her body. The pressure inside her built until she could barely breathe. For a moment it felt as if he was the only thing holding her body in one piece.

“Yes.” She stepped under the spray. He’d adjusted the water to the scalding temperature she loved. Hot water cascaded over sore muscles. She reached for the shower gel and squeezed some onto her loofah. She lathered her shoulders and arms, pressing hard, as if she could wash away the marks her assailant had left on her skin.

Conor stripped off his clothes and stepped into the glass enclosure. “Easy. You’re going to scrub off your skin.”

Taking the bottle of gel from her hands, Conor used his hands to spread the soap over her skin. With gentle pressure, he massaged her shoulders and the base of her neck. His hands slid down her arms all the way to her hands. When he washed the base of her fingers, she flinched.

She examined her hand. The third knuckle was swelling and turning dark. “I must have jammed my finger. I was trying to hit his face over my shoulder like you taught me.”

“Good for you.” Conor lifted it to his mouth and kissed it. The tender gesture broke her. Her resolve crumbled. A sob escaped her lips, and tears slipped from her eyes. Conor folded her against him, his embrace the tipping point for a torrent of emotions. She let loose the anger and despair she’d been containing since her father was taken.

She’d just gotten to know him. How could he be taken from her like this? It wasn’t fair. Her hands balled into fists against Conor’s bare shoulders. He held her as her emotions raged. She cried until her throat and eyes burned. When the water ran cool, he turned to block her from the spray with his body.

Cold water chilled her feet. She lifted her head. Her chest quivered as she drew in a shallow breath. “I’m sorry. I didn’t mean to blubber all over you.”

Conor’s hands slid up to cradle her face. He kissed her on the mouth. “If you’re going to cry on someone, I want it to be me.”

She pooled some water in her hands and splashed it on her face. “I hate crying.”

“I know.” He reached behind his back and turned off the water.

“It solves nothing. Now my face hurts more.”

“You needed to let loose some of that tension. You were wound pretty tight.”

But now that her emotional reserves had bled out, she felt empty, drained, as if she’d finally exhausted the nerves that had been fueling her for days. The only feeling left inside her was sorrow. It was a decidedly less energetic emotion. Her arms fell to her sides, her muscles limp.

“It doesn’t matter how much I practice boxing. I’ll never be strong. I’ll always be the weaker person. I can’t save my father. I barely saved myself.”

“That’s enough of that,” Conor snapped. “You fought that man off. A man who likely is the same one who beat two amateur fighters to death. That’s nothing to shrug off. I wouldn’t expect you to be able to defeat a full-grown man, but considering who attacked you, saving yourself tonight was a spectacular accomplishment. Would you rather have lost?”

Shocked at his uncharacteristic outburst, she shook her head.

“Frankly, I’m equally impressed and terrified about what happened tonight.” Conor reached outside the shower and yanked a thick towel from its hook. He dried her first. Then wrapped her and quickly dried himself. Naked, he scooped her off her feet and carried her to the bedside. In the center of the bed, Kirra gave her a sad-eyed wag of consolation.

He set her down on her feet. “Can you stand here for a second?”

She nodded, too tired to be humiliated by her weakness.

He brought her thick robe and wrapped her in it. Tying it around her waist, he tugged the lapels together. The love in his turquoise eyes caused her tears to well all over again.

“Shh.” He kissed her on the forehead. He pushed her down until she sat on the edge of the bed. “Scoot up.” Then he fluffed the pillows behind her back. “I’m going to get you something to eat.”

When she opened her mouth to protest, he put a fingertip on her lips. “You can’t keep going without sleep or food, and you know it.”

Without waiting for a response, he headed for the door. Kirra belly-crawled up the duvet and rested her head in Louisa’s lap. The dog’s sad eyes echoed Louisa’s emotions.

Melinda Leigh abandoned her career in banking to raise her kids and never looked back. She started writing as a hobby and became addicted to creating characters and stories. Since then, she has won numerous writing awards for her paranormal romance and romantic-suspense fiction. Her debut novel, She Can Run, was a number one bestseller in Kindle Romantic Suspense, a 2011 Best Book Finalist (The Romance Reviews), and a nominee for the 2012 International Thriller Award for Best First Book. She is the author of the Midnight Novels, including Midnight Exposure (a finalist for the Daphne du Maurier Award for Excellence in Mystery/Suspense) and Midnight Sacrifice.