We ate too much, but then that's half the fun...

I hope you all had a very Happy Christmas, and that we will all enjoy a Peaceful New Year. My Christmas was very busy with my family. As usual, we ate too much, but then that’s half the fun.

Exciting news - I have a new Regency series coming in 2017! The new series is called the Regency Sinners Club, and the first story will be published in April 2017. There will be a new story in the series appearing every other month throughout the year. I can already tell you it will be another Regency suspense series, with lots of added heat! 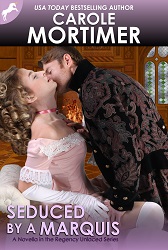 Seduced by a Marquis (Regency Unlaced 8) was published on the 20th December. The hero of this book is Lysander, the brother of the hero in Pleasured by a Duke (Regency Unlaced 7). He’s a character I am particularly fond of, so it’s been fun writing his story. I hope you enjoy reading it! 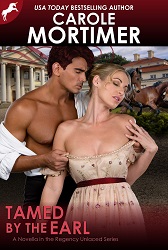 Tamed by the Earl (Regency Unlaced 9), is now available for pre-order. The hero of this book is the older brother of the heroine in The Duke’s Mistress (Regency Unlaced 1), so we’ve come round full circle to where we began! As you may have gathered from my mentioning a new series in a previous paragraph, this will be the last story in this series. 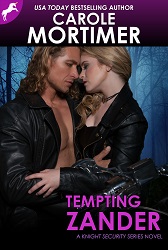 Tempting Zander (Knight Security 4), the 5th book in my contemporary romantic suspense series, is also available for pre-order and will be published January 27th.

As always, the stories in my Regency Unlaced, Knight Security, and Alpha series are more explicit in their language and sexual content than my other books. In other words, they’re hot, so you have been warned!

It’s been an amazing 2016, and I can’t thank all of you enough for making it so successful and such fun for me. I have enjoyed every moment of it, and look forward to spending more time with all of you in 2017.

About Carole:
Carole Mortimer has written over 215 books in the contemporary and Regency genres.

Carole is Recipient of the 2015 Romance Writers of America Lifetime Achievement Award, a USA Today Bestselling Author, Entertainment Weekly Top 10 Romance Author, 2014 Romantic Times Pioneer of Romance, and in 2012 was recognized by Queen Elizabeth II for her ‘outstanding service to literature’.
She is very happily married to Peter, they have 6 sons, and live on the beautiful Isle of Man.