5 tips to make something Unforgettable

Memory plays a big part in Unforgettable. As much as Vicki tried, she couldn’t forget Blake, her once-upon-a-time boyfriend, but he’s not the only thing she’s tried to forget, and what she can’t remember could get them both killed. It’s too late for Vicki, but we can all use a little help remembering.

1.     Repetition is one of the biggest keys to memory, so subtly slip the word or phrase you are trying to remember into the conversation whenever possible. Example. Sex, slip that word into any conversation and make it unforgettable.
2.     Do something stupid. Have you ever noticed you can’t seem to forget when you mess up, like walking into the middle of a meeting of drug dealers anonymous? Something stupid is always unforgettable.
3.     Even better, have friends around when you do mess up. They’ll never let you forget.
4.     Put yourself in mortal danger. An adrenaline rush gives you extreme focus, which is a great asset in memory. When the clock is ticking, and the drug dealer and his henchmen are after you, your memory is at its best.
5.     Leave yourself clues. Like little sticky notes—or blood spatter—scattered about the room. Trust me, once you’ve read blood spatter, you won’t forget.

But not everything in life is meant to stick in our brains for the next fifty years. So what do you do when you want to forget?

5 tips to help you forget:

1.     Visit a hypnotist. Hypnotherapy to suppress memory and timeline therapy are real.
2.     Alcohol. Lots and lots of booze.
3.     Drinks with friends. You drink more with friends, and as an added benefit, your friends will have a hazy memory and unable to harass you about your poor memory or decision making.
4.     Put whatever you’re trying to forget in a super “safe” place, like putting your keys or that extortion letter where it’s safe. You’re guaranteed to never find it again.
5.     I forgot what number 5 was. The hypnosis must be working. J 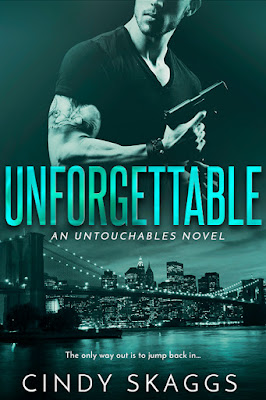 Vicki Calvetti made it out of the mob—or so she hoped. But when the old family hitman, the FBI, the Justice Department, and a smoking hot man from her past crash land on her doorstep, she learns she's not quite done.

An undercover cop chasing revenge, Blake Reilly gets the shock of his life when Vicki walks back into his life and into his club full of more drug dealers than a pharmaceutical convention.

Catching up doesn’t take long, and their undeniable chemistry is full-speed-ahead until someone ends up dead, putting both their lives at risk unless Vicki can remember the secrets she paid to forget.


ENTANGLED | AMAZON
Excerpt:
He looked... Damn fine. Black leather jacket covered muscles she could only imagine and his trousers showed off an ass so fine it could grace an underwear ad. What was the question? “I’m sorry?”
“You try to run, darlin’, I’ll hunt.” His eyes glittered. “And I like the chase.”
Her pulse jumped for all the wrong reasons. The thrill of the hunt was something she understood. Enjoyed on multiple occasions, but the challenge in his tone begged for a response. “I’m not going anywhere. With you.”
“Pack.”
She walked to him with a swing to her hips and a sassy smile on her lips. When she got to him, she pressed a finger to his oh-so-firm chest. Her fingers itched to explore all his taut flesh. The man obviously worked out. “Make me.”
“Challenge accepted.” The bangles on her wrist jangled as he grabbed her wrist and pulled her close. “You wanna play?”
“Said the spider to the fly.” 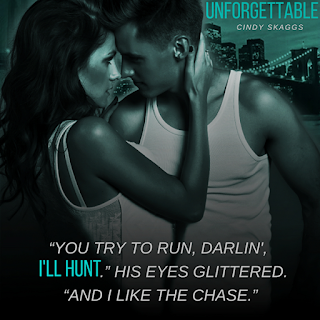 He bent low, slow, torturing them both as their breath mingled. When he dropped—finally, finally—it was a slow glide as he brushed his lips across hers, relearning the feel of her, letting her rediscover him. Firm lips tempted as they slanted across hers, moved across her cheeks, leaving a trail of fire to her jawline. Her breath hitched when the hands at her hips pulled her close. The warmth of his hard body was the dream she tried to forget, but couldn’t. She wanted hard and commanding, something to dull her mind, but he moved slow, tangling lips and tongues.
This Blake was controlled where the boy had raced to the main event.
The years and the hurt and the world disappeared under his gentle assault. She drank him in, his breath, his tongue, the press of his lips. She gave herself to it, in anger for the lost years, the lost— Everything.
Lifting to her toes, she took her frustration out on him, forced the hard need into her kiss.

About the Author:
Cindy Skaggs grew up on stories of mob bosses, horse thieves, cold-blooded killers, and the last honest man. Those mostly true stories gave her a lifelong love of storytelling and heroes. Her search for story took her around the world with the Air Force before returning to Colorado.

As a single mom, she’s turning her lifelong love of storytelling into the one thing she can’t live without: writing. She has an MA in Creative Writing, three jobs, two kids, and more pets than she can possibly handle. Find her on Facebook as Cindy Skaggs, Writer, @CLSkaggs on Twitter, or www.CSkaggs.com to sign up for her newsletter.