More than one kind of family... 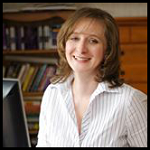 Are you spending Thanksgiving with family? Our family members live thousands of miles away, so we usually have a tiny Thanksgiving at home, just Mike and I. When we lived near family, we were very close. Most of my family live in the same small town. Then I moved. (I miss them!)

The thing is, over the years, I realized I have another family that’s not dependent on location: my author-reader family. This is fantastic! We weep with each other over losses—and some have been staggering. I’ve held my breath, hoping for a miracle, and said my prayers with a number of readers who were losing their loved ones. We celebrate with each other. I get to see wedding pictures and the grandkids. We know each other’s pets by name. If I travel somewhere, chances are, there’s a reader or writer family member nearby. So we make plans and, at the very least, get together for coffee. 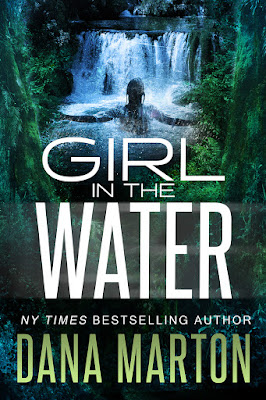 If someone saw us, the way we hugged and laughed together, they would think we were blood family, even if that might be the first time we ever saw each other in person. I have travel anxiety, which makes trips a challenge, but knowing a “family” member will be there eases my mind.

This connection stretches to truly amazing things. When I finished writing GIRL IN THE WATER, I asked my readers on Facebook whether anyone has ever lived in Brazil. (The first part of the book takes place in the Amazon rain forest.) So, of course, someone had a lead! A reader mentioned that although she’d never been to Brazil, she knows there’s an author living in Texas who was born and raised in Brazil: Carmen Falcone.

I am ashamed to admit, even though Carmen is a brilliant author and I have read a number of her books now, at that point, I had never heard of her. (Check out her fabulous stories here: https://www.amazon.com/Carmen-Falcone/e/B008MSNLG2) But, like reaching out to a second cousin, I messaged her through Facebook to ask her if she’d be willing to read my 400+ page book and edit it for cultural accuracy.

Now an author’s schedule does not easily lend itself to spontaneous frolicking. At any given time an author is editing the last book she wrote, writing the current book, and outlining the next book, all of which is done on strict deadlines. So did Carmen say, “Well maybe I can get to it six months from now?” Nope. She said, “When do you need it by?” And then set aside her own work, and had her notes back to me in two weeks. Because that’s what you do for family.

Maybe because I’m so far from mine, the theme of family does crop up in my books often. In GIRL IN THE WATER, the heroine doesn’t have any. Her mother drowned when she was a preteen, and she’s been raising herself in a tiny village in the rainforest through whatever means necessary. When, years later, he meets the hero, he’s the only person who wants only to help her and doesn’t exploit her. Then she comes back to the US with him, and they become a kind of family. So as romance develops, Ian says, absolutely not. He’s set himself up as her protector and is convinced that anything else would be wrong. Oh, I had a lot of fun bringing these two characters together! 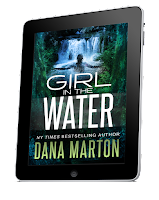 GIRL IN THE WATER

After the death of his wife and twin sons, Army vet Ian Slaney is a shadow of his former self. On the path of self-destruction, only his best friend's disappearance in South America pulls Ian back from the ledge. He rushes to Brazil, only to discover that his friend was murdered. The single lead in the case is also the single biggest obstacle--Daniela, a mysterious beauty very much in need of protection, with a host of secrets hidden in a dark past. As the two of them track down clues and try to untangle an impossible case, they draw the attention of all the wrong people, and danger follows them back to the US.

Ian wants the murderers. Daniela wants Ian to acknowledge the hot sparks of passion between them. But convincing Ian to set aside his protective instincts proves more difficult than teaching a water buffalo to tap dance.

And here is a brief excerpt of when Ian first sees Daniela:

A couple of boats had been dragged up on the flat of the riverbank. Nobody around. Ian sat in the shade of the largest boat and pretended to be watching the barges and tugboats going past him.

He stole a glance at the house, hoping to spot Finch. Nothing there, but something rising out of the water maybe thirty feet from him caught his attention.

At first, he thought it might be a caiman—South America’s version of an alligator. Caimans were native to the area, although, he had no idea if they lived in this part of this particular river.

But instead, out of the river, rose a young woman.

She seemed to be struggling with…an anaconda?

When the shiny black, long body wrapped around hers, Ian moved, ready to dive into the water to help her, but she had the upper hand and dragged the wriggling beast toward shore with a triumphant smile, and he could see that she had a giant eel.

He couldn’t take his eyes off the thing. The eel stretched as long as the woman was tall, over five feet. They wrestled in the mud, the scene stunningly primal and elemental.

She had a piece of rag tied around her small breasts, and another around her slim waist, covering only the private parts of her body. She was the most stunning sight he’d ever seen, long dark hair streaming down in wet rivulets. A goddess risen.

A goddess in mortal struggle.

His western sensibilities pushed him to run and help, but the woman and the eel and their battle seemed somehow the spirit of the Amazon itself, and he felt like an interloper. He felt that he couldn’t take the woman’s triumph away from her.

And she did win, dragging the eel to shore, grabbing a rock the next second and smashing the eel’s head. The eel was still squirming when, with the same, sharp-edged rock, she gutted the thing, dumping the insides back into the river. She was not a peaceful goddess.

She washed the eel efficiently, then picked up the carcass and carried it, staggering under the weight, up the tall, steep bank, and in through the back door of the house Ian had been watching.

Ian’s chin might have dropped a little. Or a lot. In fact, he felt as if his chin just hit his lap.

Who on earth was she?

-----
TAKE YOURSELF ON AN EPIC ROMANTIC ADVENTURE to another world, with a spellbinding story about love and hate, honor and evil, hope and justice set against the exotic backdrop of the teeming Amazon rain forest.

“...the fully developed characters and the well-researched and sensitive portrayal of Daniela’s history will engage the reader and deliver both action-movie thrills and emotional satisfaction at a level well beyond that of the average romance.” Publishers Weekly

Get a FREE copy of DEATHWATCH or DEATHSCAPE on Dana's Website!