Thank you for reading. My name is Christopher Ward, and I am known for my science fiction novels. However, I’ve always written across multiple genres, everything from dark horror to sweet nostalgic romance.

Today I’d like to introduce to you the two novels so far in my Tokyo Lost romantic-suspense series, Broken and Stolen. 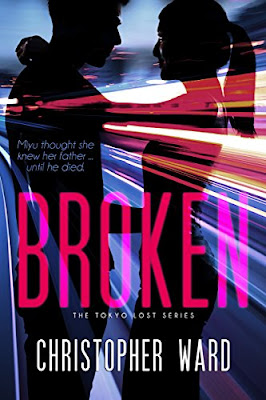 I have been living in the mountains of Japan since 2004. Three years ago I had an idea for a romance novel set in Tokyo, one that was originally published under the title of Finding My World. Being the total marketing incompetent that I am, it wasn’t until earlier this year, when I wrote a similar novel in the same vein, and decided to research exactly what genre a romantic book that featured mystery and danger should fit into, did I realise that they were romantic suspense.

I specialize in attractive but damaged and fragile characters. Through their growing love and their combined stoicism in the face of hardship, they come to heal each other.

In Broken, Miyu thinks she knows her father until he dies, leaving her to try to piece together the shattered remnants of her life. Jack, a spoilt rich kid from Britain sent to Japan by his absent parents to gain a greater understanding of the world, is her only hope. 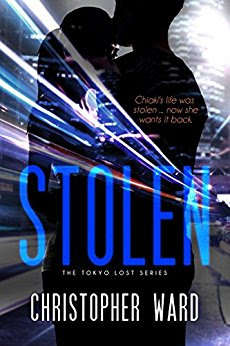 In Stolen, Chiaki Hasegawa had the world at her feet. A million-selling singer-songwriter, only her own self-destruction could throw it away. Twelve years later, she is a has-been, laughed at in bars, brutalized by her stepfather and manager, Masaaki Iida. When she meets Ben, a lonely British blogger still fresh from the heartbreak of his parents’ death, she begins to see a way out. But Iida, a man who stole her childhood and has controlled her career from the first day, isn’t about to let her walk away.

A third book in the Tokyo Lost series is planned, and more will follow if they find success. I had a really good time writing them, exploring the relationships between two very different characters in each book, as well as having the added quirk of cultural mishaps and the uncertainty of life in a very alien country to flesh them out. I hope you decide to take a chance and have a look at one or both of these books, to see if this male writer of science fiction and horror can actually pull this off.

Check out the JRS SHOWCASE for giveaways.