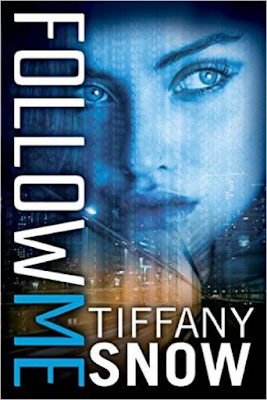 Brilliant, quirky twenty-three-year-old China Mack is totally satisfied with her carefully ordered, data-driven life. A computer prodigy who landed a coveted programming job at the cutting-edge tech company Cysnet before even graduating from MIT, China is happiest when following her routine: shower before coffee, pizza only on Mondays, bedtime at ten thirty sharp.

But then things start to get a little…unpredictable.

First Jackson Cooper—Cysnet’s rich, gorgeous, genius CEO—assigns China to a dangerous and highly classified project for a government defense contractor. Her sixteen-year-old runaway niece suddenly arrives in town, begging to move in with China. And then there’s her sexy but oddly unsettling new neighbor, Clark…

Quickly the Cysnet assignment becomes disconcerting—and then downright scary—as key staffers turn up dead. China suspects she’s being followed and isn’t sure whom she can trust. For the first time ever, she’ll have to follow her instincts, rather than logic, if she’s going to survive.

Add to your GOODREADS TBR

Excerpt:
Jackson looked quizzical for a moment, then turned and headed for his office. “Follow me,” he tossed over his shoulder, and I rushed to obey.

I felt eyes on me as I walked. Jackson usually only met with the managers, not the staff directly. I reported to a guy named Brad who happened to be on vacation this week. I supposed that was why I was heading into Jackson’s office instead of Brad. Whatever it was, it obviously couldn’t wait.

“Have a seat,” he said, gesturing to the seating arrangement in his office. His desk stood to one side, diagonal to the windows that lined the wall. A sofa and two chairs were arranged facing each other on the opposite side, which was where he’d pointed.

I stood in indecision, frantically going through the pros and cons of each seat inside my head. The chair would be good but it faces the windows and there’s a glare. I’ll be squinting. Sofa is better but what if he sits beside me, then I’ll be craning my neck to see him and my feet won’t touch the floor. The other chair is in a better location but it’s higher than the sofa and if he sits on the sofa then I’ll be above him and that may be insulting since technically I’m not “above” him—

“China,” he interrupted my train of thought, brushing past me and taking the chair I’d been leaning toward choosing. “Have a seat.”

That was a command. I could recognize the tone. So I plunked myself down in the nearest spot, which put me on the sofa. Except I’d misjudged the softness of the cushions and I sank, putting me even lower than I thought I’d be, as I faced him. I forced a smile.

Okay, that was something a teenager might say. Not a grown woman with degrees piled behind my name and several years of experience under my belt. My smile turned into a grimace. I started fiddling with my pen and shoved my glasses farther up my nose.

“Brad would usually be the one to hold this discussion,” he began, “but since he’s out of the office right now, I thought I’d handle it.”

My palms began to sweat and I went cold. This sounded like the beginning of a conversation I wasn’t going to like. I searched my brain, trying to think of what I could’ve done to bring about a disciplinary meeting with the CEO.

“If this is about that argument between me and Toby last week, then I want you to know it’s resolved. He dinged my Mustang and refused to admit it, but when I had the paint samples compared, they totally matched.”

Jackson gave me an odd look. Okay, that wasn’t it then.

“And I’m not the one who keeps stealing Janine’s Diet Coke from the fridge,” I blurted. “It’s Megan in accounting. I caught her but she swore me to secrecy because she saw me borrow one of Blake’s Kit Kat bars that he keeps in the freezer.” I took a breath. “Borrow’s not really the right word, I guess, since I ate it. But I did replace it the next day.” I grimaced. “And ate it again. But I really am going to bring him more. I swear.”

Still nothing. His eyes were a bit wider though. Surely that couldn’t be a good sign?

“And I’m not the one that keeps adding h-o-g to Liam’s nameplate.” The guy’s last name was Hedge. Really, he was just asking for that one.

I clamped my lips shut.

Jackson cleared his throat. “While I appreciate your willingness to, um, clear your conscience . . .” he paused, “none of those things are why I brought you in here.”

“I was getting to that, before your impromptu confessional.”

Oh. I shut up again.

Tiffany attended the University of Missouri – Columbia, attaining two degrees in History and Social Studies Education. After working many years as an instructor and consultant in the Information Technology field, Tiffany now writes full-time.

Tiffany loves to read and has been reading romance novels since she was way too young to read such things. She has an unhealthy obsession for all things Doctor Who, prefers Pepsi to Coke and Absolut to both, thinks men who drink girly cocktails are wusses, has learned to never stop believing in her beloved St. Louis Cardinals, and can recite the entire scripts of When Harry Met Sally and Apollo 13. George Washington is cool, Bon Jovi still rocks the house, and Bruce Willis is the ultimate alpha-male hero.
Married with two wonderful daughters, Tiffany and her family make their home in Kansas City, Missouri, not far from where she was born and raised in St. Louis, Missouri.


Giveaway:
In addition to the giveaway listed below there will be one winner drawn from this post who either leaves a comment or email.

Giveaway ends 11:59pm EST Oct. 14th. Please supply your email in the post. You may use spaces or full text for security. (ex. jsmith at gmail dot com) If you do not wish to supply your email, or have trouble posting, please email maureen@justromanticsuspense.com with a subject title of JRS GIVEAWAY to be entered in the current giveaway.
Posted by Maureen A. Miller at 12:30:00 AM