Of all the Gin Joints in all the World: Suspenseful Settings


Ah, the wonder of escapism. Avoiding mundane things like the dishes, the laundry, feeding the kids. Honestly, if it hadn’t been for their constant whining, my kids might have starved while I read the latest romance, mystery, fantasy, thriller. Fortunately, they were strong-willed and vocal children.

Now that I am a big time writer (this is a joke, the proportions of which only those who have access to my bank account appreciate) my goal is to provide escape for other people. I guess part of the reason I write is to pay it forward—a way to thank those authors who transported me to bars in Paris and Morocco,  Medieval English castles, the rolling decks of  pirate ships, isolated outposts in the far reaches of the galaxy, and mystic elvish hideaways. For me, the setting of a story is as important as the characters. Heck, the setting is a character. 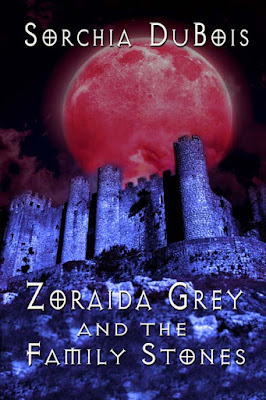 In Zoraida Grey and the Family Stones, the action takes place first in Arkansas and then in Scotland. Now, Scotland alone is enough to send a set of images streaming across the inside of my eyelids. I decided to make this series as far-reaching and atmospheric as I could. So we go from Granny’s witchy shack in the Arkansas woodland to a haunted Scottish castle with an enchanted ballroom and goblin faces inside the crystal doorknobs; a deep, icy loch; crystal caverns beneath an ancient tower; a mysterious subterranean lake; and the rocky bottom of a forbidding, ghostly oubliette.

The next in the series, Zoraida Grey and the Voodoo Queen, sends the characters to New Orleans, a modern pirate boat in the Caribbean, the Yucatan jungle, an Olmec sacrificial shrine, and then back to Scotland. Oh, and to the limits of time and space as the characters practice the Craft.

Of all the books I’ve read and movies I’ve seen, some of them stand out for their settings alone. More than a backdrop to a wonderful plot, these settings live and breathe with the story.

What settings do you love in books and movies?  What makes a setting stand out for you? Got a quote from a book or movie that pegs a setting for you?

Zoraida Grey and the Family Stones will be released October 28, 2016, by Wild Rose Press and Sorchia DuBois. You can preorder the ebook at Amazon.com http://amzn.to/2cE8Vr4  and the Paperback at Wild Rose Press.  http://catalog.thewildrosepress.com/paperback-books/4695-zoraida-grey-and-the-family-stones-paperback.html

Be sure to enter my Giveaway for a beautiful necklace of gold and Smoky Quartz.
a Rafflecopter giveaway
Posted by Maureen A. Miller at 12:30:00 AM