Why I Love Secrets!!

Secrets. They are the shadows that lurk in the corner of every relationship. Whether those are every day friendships or romantic relationships, secrets of differing sizes exist everywhere. We all have them. Many relationships have small ones. For example, my husband has no idea how much I’ve spent on shoes over the last ten years, and I will take that number to the grave with me. But some secrets are relationship-breaking, like the affair you had no idea was happening or the credit card debt you had no idea your spouse had accumulated.

According to the Huffington Post, one in five people are keeping a major secret from their spouse. Yet, while trust is essential in any romantic relationship, the secrets themselves are the very bedrock of great romantic suspense. If you love the genre as much as I do, half the fun is trying to guess what the secrets are, how they will be revealed, and what the repercussions of those secrets will be. Sometimes you get it right, and sometimes the author leads you down the garden path only to shock the heck out of you at the very end. Because secrets can twist and turn and play out in any number of ways. 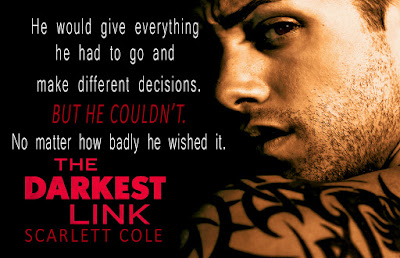 In THE DARKEST LINK, bike mechanic Reid is hiding a major secret, the weight of which has prevented true happiness in his life for years. He carries huge guilt from the horrific assault on his sister, Harper (THE STRONGEST STEEL), by his former best friend. To him, the secret feels like an insurmountable obstacle between himself and the relationship he wants to build with feisty tattoo artist, Lia. He’s worried that the final link to his past will be the darkest link of all.

I love secrets in stories, whether they are done to protect someone from harm, or to protect national security. What stories have you read that contained incredible secrets? No spoilers, please. A winner will be drawn at random to receive a complete e-book set of all four Second Circle Tattoos books. 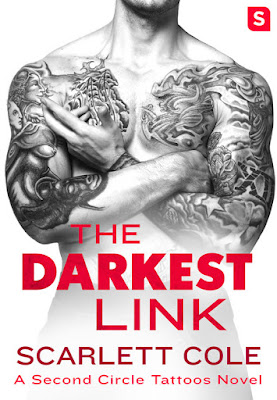 When her car breaks down off the side of a lonely highway far from her sunny Miami home, tattoo artist Lia never expected her very own white knight to ride up on the back of a barely street-legal motorcycle...and she never expected to fall for her dark savior. After a string of failed relationships and a bruised heart Lia is not looking for forever, and the hot mechanic, with his sexy scruff and shaggy hair, is simply impossible to resist. He's the perfect candidate for a mind-blowingly-perfect, no-strings-attached one-night stand.

Reid left his life in Chicago far behind him and hasn't been back, but he's never been able to escape the guilt he feels about his own painful role in inviting a monster into his baby sister's life. A monster who almost destroyed her. Being with Lia is an unexpected gift, one he doesn't feel he deserves, and their one night together has him wanting more than he should. When he surprises her at her tattoo studio, Second Circle Tattoos, in Miami, he's in for a shock—and a fist to the face—when his past and present collide.

With secrets coming to the surface, Reid and Lia are thrown into a world of betray and lies that threatens to pull them under, and the last link to his former life may be the darkest of them all.

A young boy in a pale blue T-shirt and navy shorts wandered into the garage, running his hands over his tight curls. “Dad isn’t home yet, and I’m stuck on my homework. Do you know anything about adverbs and shit?” Tyrell handed him a blue notebook and a white sheet of paper from his teacher.

It had been a long time since he had done English homework, but even though he didn’t know one end of a noun from a verb, he’d figure it out for Tyrell’s sake. His sister, Taylor, would have nailed this, and like he often did, he considered trying to call her. But there would be no welcome for him, and he no longer had her number. Not that he couldn’t find it if he tried. He’d made a token effort once before. Tried to look up her Facebook profile, but her account no longer existed.

Thirty minutes later, with all homework questions complete, Tyrell was happy and Reid was exhausted. What he wouldn’t give for that beer.

“You wanna shoot some ball with me?” Tyrell asked.

“What time are you expecting your dad home?”

“It’s a Saturday. He won’t be home until real late.”

“Sure thing then. Go grab the ball from behind the desk and I’ll meet you out by the net. Just give me a couple of minutes to put all this paperwork away.”

Reid watched Tyrell head outside and shook his head. What kind of parent left a young child alone for hours at a time?

But then who was he to judge? His mistakes had ruined his sister and turned his best friend into a monster, and for that he could never forgive himself. F**k, if he could go back in time, the first thing he would do was fix the mistake that started it all.