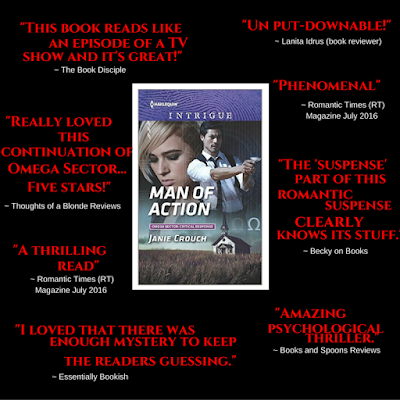 MAN OF ACTION, a standalone novel but part of the Omega Sector: Critical Response series, is now available!  This is my personal favorite story of all the novels I’ve written so far. Brandon and Andrea truly grasped my heart as characters.

I think my love for the book came through. Critics and reviews seemed to have really enjoyed it also:

Brandon stopped at his room and got his keycard out of his pocket. He knew Andrea was in bad shape when she didn’t protest him ushering her through his door.

He shrugged off his jacket and threw it over the chair, then helped her take off her soaked blazer and eased her down to sit on the edge of the bed.

He left her for a moment to go get a towel from the bathroom. When he came back she hadn’t moved at all, was still sitting, huddled into herself, where he’d left her.
His heart broke a little bit at her flinch when he put the towel around her and began gently drying her hair.

“Shh. I won’t hurt you. I just want to make sure you don’t get sick.” He took a corner of the towel and wiped it across her cheeks in an effort to dry them and also remove some of the makeup that had run down her cheeks. Her green eyes just stared out at him.

Brandon left the towel wrapped around her shoulders and grabbed a chair so he could set it right in front of her. He sat so they were eye to eye.

“Who was that in the car out front?”

He heard the tiny hitch in her breathing. “You saw it?”

“No, I could just see that you saw whoever it was.”

“That’s my aunt and uncle’s car. They raised me after my mom died when I was ten.”

“And you don’t want them to know you’re here?”

A shudder racked Andrea. “No. I don’t ever want to see either of them again.”

She looked away and began rubbing her arm, repeatedly. He looked down and saw scars, multiple small lines all around her elbow. He’d never seen the scars before but
realized it was because he’d never seen her without a long-sleeved shirt or blazer. 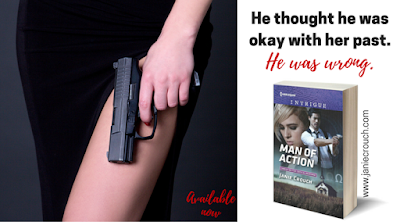 Her professional wardrobe was not just an emotional barrier between her and the world; it was a physical one.

As he looked down at the scars again, at her countenance, her posture, a rage flooded him. She had been abused.

He immediately tamped down his anger, knowing she would read it and could take it the wrong way. She needed support right now. Gentleness. Caring.

“They hurt you.” His voice was barely more than a whisper, but it wasn’t a question.

“They’re alcoholics. And whenever they drank… My uncle mostly. My aunt just locked herself in her room.”

A tear rolled down her cheek as she looked away from him out the window. She was still rubbing her arm.

“I know they can’t hurt me now. I’m older. Stronger. Not the same person who lived in their house.”

“All of that is true. Every word.”

“And you could arrest them if they tried anything.”

She was obviously trying to give herself a pep talk.

He nodded. “I wouldn’t hesitate to do so.”

“I was so young and stupid. They didn’t want me after my mom died, but I didn’t have anywhere else to go. I tried to stay out of their way as much as possible. But in a way, I guess I should be thankful for them.”

Brandon couldn’t think of a single reason why an abuse survivor should be thankful for what she’d been through.

She shrugged. “It’s because of my uncle that I learned to read people so well. The situation at home forced me to really study nuances of expressions.”

“So you could stay a step ahead of his fists.”

She nodded. “But it didn’t always work. Sometimes you knew what was coming, but you couldn’t escape it.” 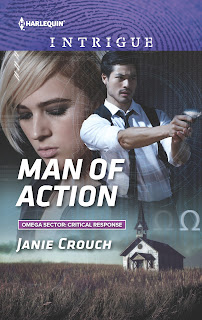 At nineteen, Andrea Gordon's life was forever changed. After proving herself instrumental in a bank hostage crisis, she became one of Omega Sector's top agents. Four years later, her skill at reading people is unrivaled—until she meets fellow profiler Brandon Han. Paired together to track a serial killer who has been targeting at-risk women, the two become entangled beyond the case. Their mutual attraction deepens as they get closer to the truth. But when Andrea's own sordid past surfaces, they will both be forced to question everything about the assignment…and each other.

I hope you’ll check out MAN OF ACTION. Here’s a contest for Just Romantic Suspense Readers (open for two weeks):