My All Time Favorite Sexiest Movie and TV Law Enforcers

Giveaway of a Bullet Pen!

There are so many handsome and sexy actors who’ve brought our fantasies to life on screen, but every woman has her faves. Not sure what makes our tastes so different. I can only explain what does it for me. So in no particular order, here goes.

In my teens, my ultimate heartthrob was Kent McCord in Adam-12. Who doesn’t remember this show! It played in the late sixties and early seventies, and later graced the screen with re-runs. Kent McCord was such a hottie, without a doubt my first TV love. Every day I looked forward to the thirty minutes of Adam-12 just so I could watch Kent race around LA in the old black-and-white. Later in his acting career, Kent played the hero’s father in Farscape and damned if the man didn’t still look fine.

Next, there is Adrian Paul’s Duncan MacLeod in The Highlander. Now there’s a handsome man with not only a gorgeous body, but a sexy South African accent to tantalize womankind even more. And MacLeod has that one flaw that is the ultimate turn-on for me—he’s one of the most tortured heroes ever to grace the silver screen. Every friend he’s ever had and every woman he’s ever loved died before his eyes, due to the fact that he’s immortal. How’s that for tortured! I must admit that I also loved the scenes where he’s practicing his martial art-sword combo thing with his shirt off. Kudos to the directors for that wise move. I loved this actor and the character he played so much that he is the inspiration for my equally tortured, Phoenix cop-turned fed in a future paranormal romantic suspense series I’ve been pondering whilst up late at night.

Naturally, my list of hottie faves includes the ultimate secret agent, Sean Connery’s James Bond. I grew up in a family that loved the Bond movies. It was a family tradition to gather around the boob tube and watch them together. I’ve read all the Ian Fleming books and seen all the Bond movies, including those with other actors in the lead role, but none of them could ever compare to Sean. With his handsome face, sexy grin, and that smooth Scottish accent, he was the epitome of suave and debonair. Not even all the modern gadgets and special effects of the later Bond movies could replace Sean’s one-of-a-kind charm and charisma. And no one else could have turned these simple words into one of the most memorable and anticipated onscreen moments in the history of alcoholic beverage-ordering:  “Vodka martini, shaken not stirred.”

Another actor from the old screen who made my list is Cary Grant. Grant was one of the first truly handsome, on screen charmers in an era when heroes had a certain sophistication that is often lacking in today’s leading men. Grant’s portrayal of government agents always had that indefinable je ne sais quoi. That authoritative something special that told you he was always in control and the bad guys didn’t stand a chance. Gray Yates, the hero in Blood Money, Book 2 of my NYPD Blue & Gold Series, was inspired by Cary Grant and True Blood’s Joe Manganiello. Like Grant, Gray has a darkly handsome face and is always in control, yet with an alter ego. Like Manganiello’s character, he’s also sexy, and with a coldly calculating animal simmering just below the surface. One who will stop at nothing to protect the woman he loves. You gotta love that combination!

Lastly, Chris Evans’ portrayal of Captain America was a must for my list, but mainly in the first Avenger movie, Captain America. In this movie, we see that Steve Rogers is more than just a pretty face and an incredibly hot body. Okay, so his muscles were chemically modified in a laboratory. Who cares. Clearly, the experiment worked. See, contrary to popular belief not all government experiments go bad. This one went, in my humble female opinion, extraordinarily well. A rousing success, in fact. Before the experiment that turned Chris Evans aka Steve Rogers into the incredibly buff super hero we have all come to love and lust after, we got to see the man behind the muscles. A man willing to fight and die for his friends and country. A man with conviction, heart, and courage. Combine that with his newfound bod, and he’s sexy as hell. A slightly rougher Chris Evans with a bit of a five-o-clock shadow is the inspiration for the hero in Book 3 of my NYPD Blue & Gold Series. So stay tuned, ladies… 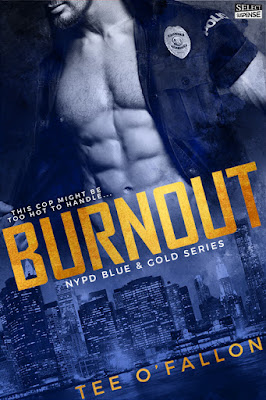 He’s been a cop too long not to recognize the signs of a woman running from her past.

She’s not who she says she is—and isn’t about to share her secrets.

Sexy-as-sin Police Chief Mike Flannery knows the new arrival to Hopewell Springs is trouble. She has a smoking-hot body and a quick wit…and he’ll be damned if that’s not a turn-on. But this former NYPD cop and small-town heartthrob has been burned before, and there’s no way he’ll let that happen again.

New York City Detective Cassie Yates is on the run. A six-month undercover sting in a sleazy bar seemed like a textbook arrest—but now there’s a hit out on her. Armed with fake ID, her K-9 companion, and a police-issued SUV, she flees to a quiet upstate town where she trades her badge and gun for a spatula, finally finding peace in the dream she tossed aside to follow her family into law enforcement.

There’s no denying the fire and ice between them. But as the hired assassin closes in, Mike’s past comes roaring back and secrets are revealed in an explosion destined to tear them apart—if not destroy them.

His gaze slid to the white apron tied at her slim waist. About five-six and with the thickest, shiniest red hair he’d ever seen. Today, unlike last week, she had it tied back in a ponytail. Sunlight pouring in through the café’s windows glinted off her hair like flames. She turned fully toward him and began to smile. Then she froze, the smile vanishing. Her bright green eyes widened and her jaw dropped.

Did she remember him?

Their meeting had been brief, but he damn sure hadn’t forgotten those striking emerald eyes, that cleavage he’d gotten a good look at, and—hell—he hadn’t forgotten a single part of that hot, athletic body. He’d thought about her during his entire drive down to Albany, but never expected to come back and find her working at the Nest.

Ah, shit. Don’t even think it. You don’t need the complication.

She lowered her gaze to his boots then began a slow perusal up his legs to his chest. The expression on her face changed from one of shock to disappointment. By the time her eyes locked with his, her luscious lips frowned.

What, did I arrest her and forget? No way. Not possible I’d forget a woman who looked like her.

The bell over the Nest’s front door jangled. After a furtive glance at the door, she grabbed what looked like a brand-new menu, stomped toward him, and thrust it at his chest. “What can I get you?” Her face was now a mask of cool indifference.

Mike furrowed his brows. “Great to see you again, too.” He accepted the menu and sat on the stool at the end of the counter. “We met last week. Or don’t you remember?”

Green eyes held his, and he took the moment to admire her clear, sun-kissed complexion. He got a strong whiff of the same scent she’d worn last week. Some kind of flower.

“I remember.” She picked up an order pad and a pen. Her tone was laced with a touch of irritation. “I didn’t expect to see you again. In uniform.” 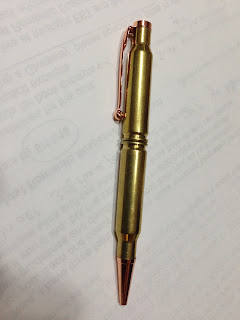 About Tee O’Fallon:
Tee O'Fallon has been a federal agent for twenty-two years, giving her hands-on experience in the field of law enforcement that she combines with her love of romantic suspense. Tee's job affords her the unique opportunity to work with the heroic and sexy men in law enforcement on a daily basis. For Tee, research is the easy part!