1) Your newest release BREATH OF MALICE is a romantic suspense novel. What makes you gravitate towards this genre?

I loved the Nancy Drew mysteries and the relationship building between the characters. When I started writing stories of my own, I knew that in addition to elements of suspense, I wanted to take the relationships further into romance.  Romantic Suspense is the perfect subgenre for me, enabling me to include all of the things I love in a novel. 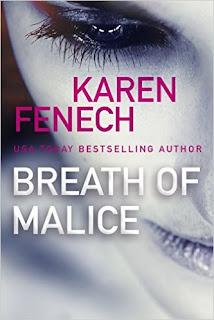 2) Please summarize this book in just one (or two) sentences.

BREATH OF MALICE centers around an inexperienced FBI agent who catches the eye of a serial killer and becomes his next target. It's a game of cat and mouse . . . and she is losing.

3) When you started to write this book, did you have the plot in mind first or your characters?

I always start with a character. I place that character in what I consider an intriguing situation then play the “What if” game. What if my inexperienced agent, Paige, is part of a squad tracking a serial killer? What if instead of following the lead of seasoned agents, like her squad leader, Paige comes up with a plan of her own to catch the killer? What if Paige's plan goes wrong?

4) In your opinion, what is the scariest part of a suspense novel -- the physical danger or psychological fear inspired by a bad guy(s)?

For me the psychological fear is the worst. In BREATH OF MALICE, the game of cat and mouse takes its toll on heroine Paige Carson who never knows when or how the bad guy will strike.

5) How did you balance out the romance and suspense in your novel?

Though BREATH OF MALICE has a strong suspense plot, the story is predominantly a romance. Paige struggles with her growing feelings for the hero, Sam, who is also her boss, and with her own situation as a woman on the run that makes a relationship impossible.

6) In your opinion, what is the most romantic scene in the novel?

The love scenes between Paige and the hero Sam are hot, I think, but Sam’s concern and care for Paige as she faces adversity are also romantic. There is a particular scene in which Paige is at her breaking point and Sam lends her his strength. I think that is the stuff of true romance.

I also write a romantic suspense series called The Protectors. GUILTY, Book 5 in my Protectors Series, will be out at the end of this year. I’m currently outlining the next Protectors book.

Thank you Just Romantic Suspense!  Thank you to all who have taken time to read my responses. If you’d like to get in touch, please do so through my website, Facebook or Twitter. I’d love to hear from you! 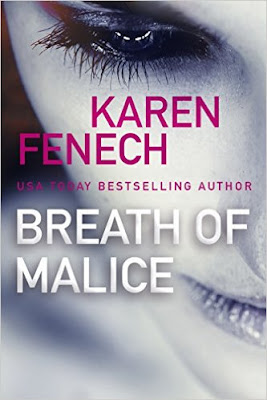 FBI Special Agent Paige Carson hoped she'd be able to start a new life in small-town South Carolina. But when a senator's sister is murdered and a blank postcard is left next to the body, Paige realizes that a killer from her past has found her--and is sending her a very personal message.

From the moment he hired her, FBI Special Agent in Charge Sam McKade knew Paige was hiding something. Prompted by this recent threat, she finally opens up: one year ago, she caught the eye of suspected serial killer Todd Thames. Now he's come back to pull her into his game, whether she wants to play or not.

As the danger increases, Paige and Sam give in to their growing attraction, and he vows to protect her no matter the cost. But the murderer will stop at nothing to get to his intended prey, and the strong arm of the law--and the shelter of her new love--may not be enough to save her.