I am currently awaiting the arrival of ‘the whole asylum’, as I affectionately call my family! Everyone has decided to descend for a week’s holiday the first week of July, and I am so excited. July 5th is Tynwald Day on the Isle of Man, and a national holiday. The island, although situated between England and Ireland, is totally independent. The government here is called Tynwald, and Tynwald Day is a thousand-year-old ceremony which takes place in St John’s, on a hill in the middle of the island. Islanders are allowed to place petitions in front of the representative of the government, and Queen Elizabeth II. The Queen is Lord of Man, rather than our queen. It’s a fun day out, so we will all be off to St John’s on July 5th. 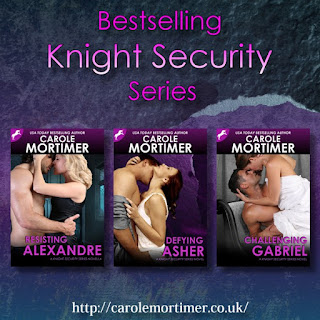 End of June sees the start of my new contemporary romantic suspense series Knight Security, with the release of Resisting Alexandre (Knight Security 0.5) and Defying Asher (Knight Security 1) both on June 30th. The Knight Security series is a spin-off of the #1 bestselling Alpha series, so readers will meet some familiar characters in some of these stories. 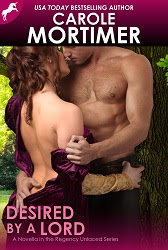 The 5th book in my bestselling and Top100 Regency Unlaced series, Desired by a Lord (Regency Unlaced 5), is now available for pre-order, and will be released on July 22nd.

As always, the stories in my Knight Security, Regency Unlaced, and Alpha series, are all romances with added suspense and danger. They are also more explicit in their language and sexual content than my other books. So beware, they’re hot!

This book is also available on Kobo, iBooks, and Smashwords.