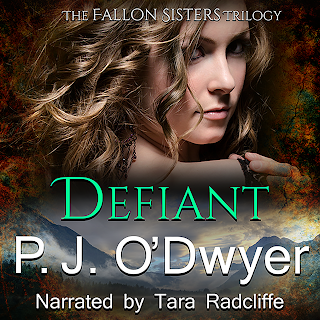 Western Maryland farm girl Kate Fallon wanted more than horse pastures. Now a trial lawyer in the affluent Annapolis law arena and married to multi-millionaire Jack Reynolds, also the U. S. Attorney of Maryland, she’s got it all—at least everyone thinks so.
Behind closed doors, Jack is as cruel as he is intelligent, as controlling as he is handsome. When his tirades turn physical, Kate must fight for her life. But her efforts to leave him will take her down a rabbit hole to secrets she doesn’t fully understand, and that Jack will kill to suppress.

Two years later, Kate’s keeping secrets of her own. Living as Charlie Robertson, a take-no-crap general contractor, she’s secure most days knowing her nightmare is right where she left him—two thousand miles due east under FBI scrutiny. Wielding a nail gun instead of a briefcase suits her, as does the small mining town of Creede, Colorado. With its scenic views and open spaces, life is simple and so are her rules: Lock all doors, check for signs she’s been followed, and don’t get involved romantically ever again.

Unfortunately, retired Navy SEAL and tourist Nick Foster didn’t get the memo. Mysterious, sexy, and powerfully attracted to Charlie, Nick typically likes things easy. Only “easy” isn’t in Charlie’s vocabulary, and neither is trust. Worst part is, she’s right not to trust him, and yet he can’t help falling for her. But love won’t save either one of them if she discovers his true identity or doesn’t give him what he came for. His boss won’t tolerate failure.

AUTHOR BIO:
P. J. O’Dwyer is an award-winning author and an active member of Romance Writers of America. When asked where she gets her story ideas, she laughs ruefully and says, “It helps being married to a cop.” She lives in Maryland with her family. 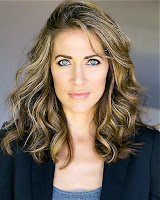 MEET NARRATOR TARA RADCLIFFE!
Tara's journey in the entertainment industry began as a dancer in New York City. A few years later, she moved to sunny SoCal and began her on-camera career. Though she can still be seen in front of the camera, she can mostly be found behind the mic, recording audio books and commercials.

Download a copy of the Audiobook Defiant and hear why people are saying "the rich texture of her voice adds depth and warmth to everything she does."

GIVEAWAY: WIN ONE OF TWO FREE AUDIO BOOKS OF DEFIANT