With: Delores Fossen, Elle James, and Lenora Worth

Congratulations to "Lori P.", the winner in this giveaway. Thank you to all who participated! 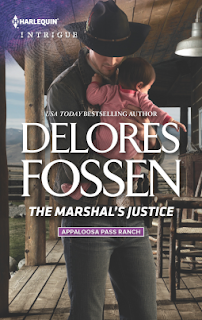 A shoot-out on the banks of Appaloosa Creek is the last place marshal Chase Crockett expects to find his ex-lover. Former criminal informant April Landis is supposed to be in WITSEC awaiting the birth of their child. But the desperate woman caught in the cross fire isn't pregnant.


Telling Chase he was a father—two months early—wasn't an option with murderous thugs targeting April and their infant daughter. Despite the violence that divides them, her only prayer is to trust the Texas lawman sworn to protect his family. Until desire ambushes them again, leaving April and Chase at the mercy of a past with no promise of a future. 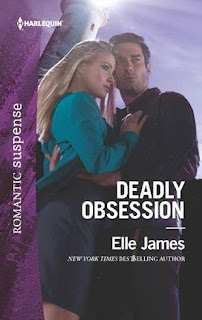 In New York Times bestselling author Elle James's latest, one woman finds she's unsafe in her own home—and in her heart…

Real estate whiz Jillian Taylor thinks heroes and haunted houses are bogus. But when a series of strange events leaves her in danger, Stealth Ops Specialist Chance McCall is quick to the scene. Jillian can't resist the chemistry brewing between her and the sexy agent. But as she and Chance deconstruct her nightmares, someone becomes more desperate to keep those secrets from surfacing.

Chance knows there's more going on at the derelict Victorian manor than just ghosts—just as he knows there's something about the blonde beauty he can't resist. If only he could help decipher the meaning of Jillian's tortured dreams…and keep her safe in his arms forever. 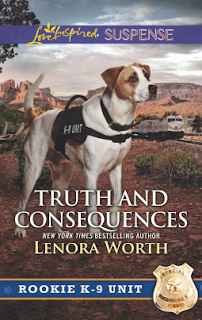 Honoring a promise to a fallen comrade, former army medic David Evans heads to Arizona to check up on the soldier's sister. But as his train pulls into Desert Valley, David witnesses a drug run gone wrong and narrowly avoids the bullets flying his way. And when the police show up, he discovers the investigating officer is the woman he's supposed to look after. With a fiercely protective K-9 partner and a new badge, Whitney Godwin insists she can take care of herself and her infant daughter. But the criminals want both David and Whitney permanently silenced, so David will stop at nothing to protect the family he yearns to join.

Rookie K-9 Unit: These lawmen solve the toughest cases with the help of their brave canine partners

USA TODAY bestselling author, Delores Fossen, has sold over eighty novels with millions of copies of her books in print worldwide. She's received the Booksellers' Best Award for romantic suspense, the Romantic Times Reviewers' Choice Award and was a finalist for the prestigious Rita®. In addition, she's had nearly a hundred short stories and articles published in national magazines.

ELLE JAMES
Award-winning author Elle James grew up as an air force military brat. She received her work ethic from her rock-solid father, her creative streak from her artistic mother and inspiration from her writing partner and sister, Delilah Devlin.

As a former member of the army reserves and a current member of the air force reserves, she's traveled across the United States and to Germany, managed a full-time job, and raised three wonderful children. She and her husband have even tried their hands at ranching exotic birds (ostriches, emus and rheas) in the Texas hill country. Ask her, and she'll tell you what it's like to go toe-to-toe with an angry three-hundred-and-fifty-pound bird and live to tell about it!

Her adventures in the army and air force reserves, and the wild antics of her life on a small ranch in Texas give her fodder for mystery, suspense and humor in her writing. Elle writes gothic, paranormal mystery for the Harlequin Intrigue line and paranormal romantic comedy for Dorchester Publishing. A former manager of computer programming and project management professionals, Elle is happy she now has the opportunity to pursue her writing full time. Elle's paranormal romantic comedy, To Kiss a Frog, won the Romance Writers of America's 2004 Golden Heart for Best Paranormal Romance.

LENORA WORTH
Lenora Worth has written more than thirty books, most of those for Steeple Hill. She also works freelance for a local magazine, where she had written monthly opinion columns, feature articles and social commentaries. She also wrote for five years for the local paper. Married to her high school sweetheart for thirty-three years, Lenora lives in Louisiana and has two grown children and a cat. She loves to read, take long walks, and sit in her garden.

Giveaway:
One lucky person leaving a comment or email entry will win a copy of all three books!

Giveaway ends 11:59pm EST May 6th. Please supply your email in the post. You may use spaces or full text for security. (ex. jsmith at gmail dot com) If you do not wish to supply your email, or have trouble posting, please email maureen@justromanticsuspense.com with a subject title of JRS GIVEAWAY to be entered in the current giveaway.