Congratulations to "Jo-Anne B.", "Trude V." and "Bn100", the winners in Cindy's giveaway. Thank you to all who participated!

If you’ve been reading my First Force Series (and I sooo hope you have) you’ve most likely noticed team member, Stewart Little. Who??? Yep, he shares a name with that ornery little mouse Stuart Little, and he does not appreciate it at all! In fact Little (as his teammates call him) doesn’t seem to appreciate much of anything. He’s a brooding character who has very little dialogue in the books. He’s been described as a huge man, muscled, wide chest, not particularly attractive, and his default expression—a scowl. And even though Little is indeed a surly character, he is beloved by his team—they know in a crisis situation that he will have their backs—he would put his life on the line in a New York minute for any one of them.

The interesting thing about Little is that Jack Haliday’s daughter, Lil, isn’t intimidated by the big man one bit. In fact she’s given him a nickname: Little Big Man. Lil finds it most fascinating that his name is Little and yet he is so big. As hard-bitten as this character is towards almost everyone, he has a soft spot for Lil—his face lights up when she is around, and why not? Jack’s daughter has endeared herself to all of the First Force Series readers. They love the curly-haired pixie and all her antics.

“I absolutely love Jack’s daughter, Lil. She is so cute and adorable and brought some real life to everyone’s life she touched.” Says Girl with a Pen blogger/reviewer, Victoria Zumbrum.

“Lil was just a doll!” Kathy, an Amazon customer wrote of Lil on her five-star review.

So I supposed the question is: why is Stewart Little so unhappy? What is it that haunts him down to his very soul? And will he ever find a way to get past whatever it is that tortures him? Hmmm … guess you’ll have to continue reading the series to discover the answers to those question. In the meantime, I hope you’ll enjoy this little snippet I’ve included from the next book, slated to release in September, To the Brink.

“We’d better get moving,” Jack suggested. “We’ve got a lot of people to get through security.”

“Hold up a minute,” Stewart Little called. He opened the back door of the SUV to hand each of the girls several gift cards. “Here ya go ... some Disney dollars to spend. Have a good time, and for God’s sake don’t get lost. I don’t want the team to have to fly down to Orlando to find your sorry butts.” He sounded more like a Grizzly Bear roaring than a man bearing gifts.

“Thank you, Little Big Man,” Lil squealed in delight. Little Big Man was the name Lil had given the big team member, whose name was Little. He was as cantankerous as thunder snow in January, yet somehow those little girls were able to look beyond the harshness that inhabited his core to find the love that lie within the scoured layers beneath.

“Gracious,” Pat added with a smile on her lips and in her voice.

Each girl gave him a kiss on his cheek. He scolded, “Now quit fussin’, it’s just some lousy gift cards. Put your seatbelts on, Haliday’s drivin’,” he told them as he closed the door to walk away.

Rolling his eyes, Jack put in, “Is it just me, or is he getting harder to love?”

“This was very kind, Senor Little,” Bebe told him as he passed her on his way to his pickup.
“It was nothin’. Have a good time,” the man of few words replied, while holding the vehicle door open and helping her inside, and then with his head bowed and his eyes focused on the pavement beneath his feet, he hurried away. Rayne and Silja exchanged knowing grins before slipping into their assigned vehicles. They were amused by the flush washing over Little’s cheeks.

So there you have it—Stewart Little is a surly character, but what lies beneath that solid exterior that he carefully guards? I hope you continue or your decide to begin reading the First Force Series to find out!

Giveaway:
Leave me a lovely comment and your email address to enter. Three lucky readers will have their choice of one First Force kindle edition: Into the Crossfire, To the Breaking Pointe or the latest release—Into the Dark 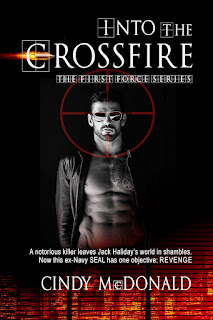 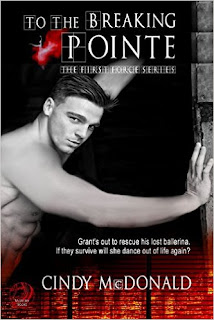 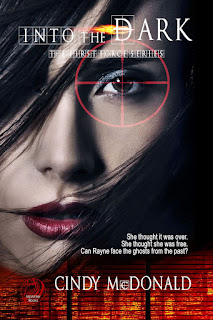 Giveaway ends 11:59pm EST March 18th. Please supply your email in the post. You may use spaces or full text for security. (ex. jsmith at gmail dot com) If you do not wish to supply your email, or have trouble posting, please email maureen@justromanticsuspense.com with a subject title of JRS GIVEAWAY to be entered in the current giveaway.