Congratulations to "Sue P.", the winner in Kathleen's giveaway. Thank you to all who participated! 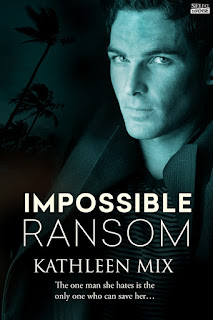 Before starting any book, I try to find the right characters to tell the story.

In Impossible Ransom, the heroine, Val, needed to meet a hero who could teach her that she could be independent and, at the same time, let the people who cared about her help her navigate the bumpy portions of life.

When I envisioned Nick O’Shea, he seemed perfect for the job. As a result of both a sense of duty and a growing affection for Val, he’s driven by a deep-seated need to save her. He is also skilled in things she can only imagine.

Nick and Val are reunited early in the story, which is lucky for her because without him she would have been in deep doo-doo. Although she discovers many surprising things about him in the course of the book, one of his talents stands out. He knows how to survive.

Here’s a little excerpt to explain what Val learns:

She snorted at the weird emotion. He’d been ordering her around all day, treating her like her father had treated her as a teenager. She resented his superior manner, but could see where it was justified. She lacked the experience to subsist here on her own. A silly question she’d once heard asked of a celebrity during an interview jumped into her head.
If you were stranded on a desert island, who would be the one person you would want to be stranded there with you?

A week ago, Nick wouldn’t have made her list, but now, after seeing how capable he was, she wouldn’t hesitate to shout out his name. Being here with someone intellectual or famous would be fine if all she wanted to do was converse and pass the time. Having someone like Nick at your side was more advantageous if you wanted to survive.

Val knows she is out of her element. She may want to be independent, be the modern female who is educated and progressive and capable of handling most problems on her own, but she also comes to see that leaning on others when they’re more capable is not an admission of failure. It’s the smart thing to do.

From the beginning I knew Nick would be the right man for Val. She couldn’t have survived without him. He is also the man who completes her and makes surviving the kidnapping worthwhile.

Comment and share your thoughts. Isn’t that the kind of man you’d want to be stranded on a desert island with, too?

Kathleen Mix is a multi-published author of romance and romantic suspense.
Years ago, she escaped the structured life of a computer nerd and database administrator and moved aboard her sailboat with her husband and a reluctant Sheltie. They headed south to the Caribbean, and she wrote non-fiction travel and sailing articles. But since she was sailing under starlit skies and walking on the world’s most beautiful white-sand beaches, her thoughts soon turned to romance. She started writing fiction while anchored in the Virgin Islands, and the rest, as they say, is now history.
Currently, Kathleen lives in Virginia. For book excerpts and pictures of her boat visit www.kathleenmix.com. 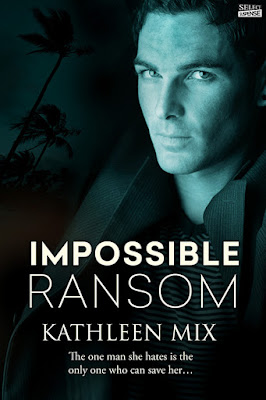 Working as part of a yacht crew sounded like the perfect escape for senator’s daughter Val Ferrell. Glorious Caribbean beaches, turquoise seas, and freedom from her overbearing father? Heaven. But when the ship is hijacked by violent men—who want to use Val to get to her father—Val’s fantasy turns into a nightmare. Now her only hope is the ship’s captain, who happens to be her ex-lover.

After disobeying an order, covert operative Nick O’Shea’s been assigned yacht captain duty. Working side-by-side with the tiny blonde who makes him crazy—and keeping his hands off her—was definitely punishment. But when Val’s life is endangered, Nick must choose between staying aboard and fighting to retake the boat or risking their lives by attempting an escape to an isolated Caribbean island. With the ransom deadline rapidly approaching, he’s running out of time...

Giveaway ends 11:59pm EST March 25th. Please supply your email in the post. You may use spaces or full text for security. (ex. jsmith at gmail dot com) If you do not wish to supply your email, or have trouble posting, please email maureen@justromanticsuspense.com with a subject title of JRS GIVEAWAY to be entered in the current giveaway.


Check out more giveaways on the JRS SHOWCASE
﻿
Posted by Maureen A. Miller at 12:30:00 AM